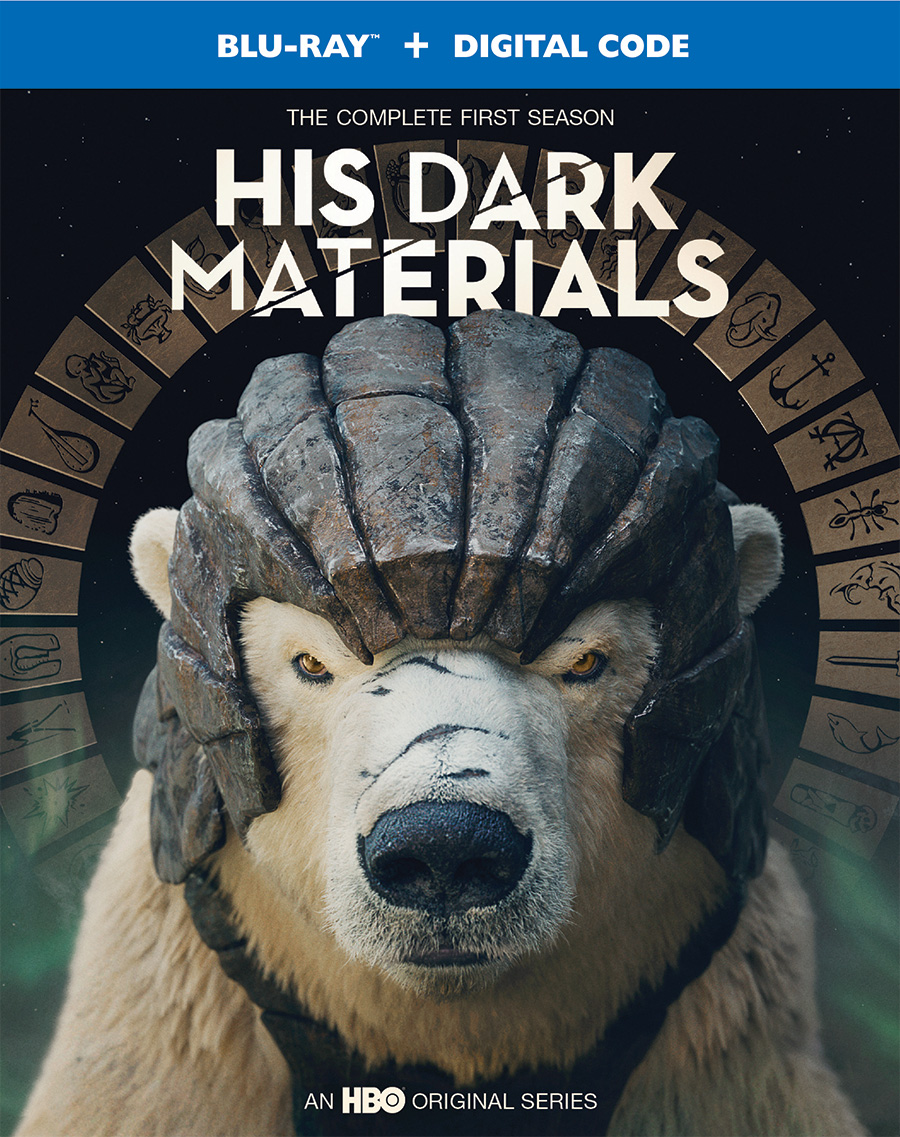 Lauded by critics as HBO’s new hit original fantasy drama series, His Dark Materials: The Complete First Season will be available on Blu-ray and DVD on August 4, 2020.  Adapted from Philip Pullman’s epic trilogy of the same name, which has sold over 22 million copies worldwide, His Dark Materials: The Complete First Season will feature all eight episodes from the debut season along with an exclusive new bonus feature, Making His Dark Materials. This special feature follows the ambitious undertaking of bringing the beloved award-winning book series to life. Available from Warner Bros. Home Entertainment, the release will be priced at $29.98 SRP ($39.99 in Canada) for the Blu-ray and $24.98 SRP ($29.98 SRP in Canada) for the DVD.

His Dark Materials takes place in a world parallel to our own, where a human’s soul exists outside one’s body in the form of a talking animal called a “daemon.” The all-powerful Magisterium rule over this world where they suppress any knowledge that attempts to challenge its ideas, particularly around the theory that multiple worlds exist. Season One of this compelling HBO series follows Lyra (Dafne Keen), a young orphan who was left as a baby at Oxford’s Jordan College by her uncle Lord Asriel (James McAvoy) and desires a life of adventure beyond the confines of her bookish, scholarly surroundings. But when Lyra’s best friend goes missing, her search for her kidnapped friend uncovers a plot involving stolen children and transforms into a quest to understand a mysterious phenomenon known as Dust. Over the course of the season, as she journeys through the different worlds – including our own – Lyra encounters extraordinary beings and dangerous secrets, with the fate of both the living and the dead at stake.

In addition to Dafne Keen (Logan, the Refugees) as Lyra and James McAvoy (X-Men, Atonement) as Lord Asriel, the ensemble cast features Golden Globe Winner Ruth Wilson (The Affair) as Mrs. Coulter; Tony Award winner Lin-Manuel Miranda (Hamilton) as the adventurer Lee Scoresby; Clarke Peters (The Wire, Treme) as The Master of Jordan College; Lewin Lloyd (The Aeronauts) as Lyra’s missing friend Roger Parslow; James Cosmo (Braveheart, Game of Thrones) as Farder Coram and Anne-Marie Duff as Ma Costa, who are part of the boat-dwelling Gyptian community; and Will Keen as Father MacPhail and Ariyon Bakare as Lord Boreal, both ministers for the Magisterium.

“Fans and critics alike have been raving about HBO’s adaptation of Philip Pullman’s award-winning trilogy since its debut,” said Rosemary Markson, Senior Vice President Marketing, Warner Bros. Home Entertainment. “We are thrilled to release His Dark Materials: The Complete First Season with over an hour of behind-the-scenes extras including an exclusive new featurette for all viewers to enjoy.”