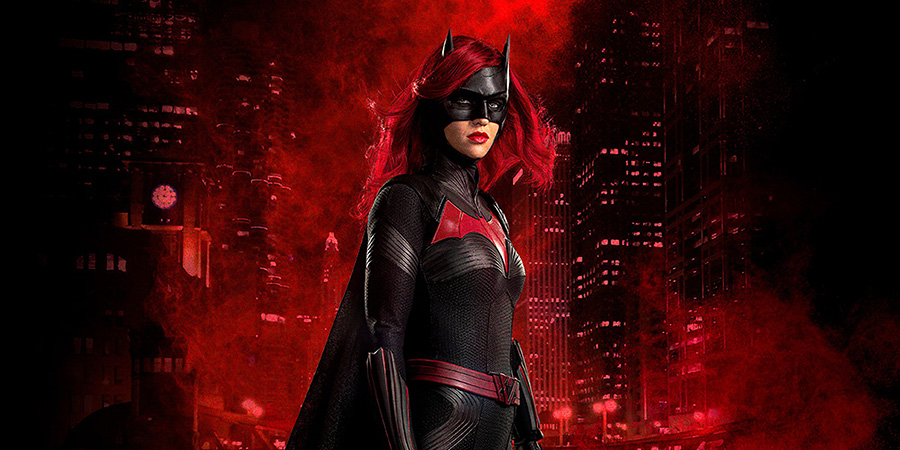 The CW’s Batwoman has lost its lead star Ruby Rose (John Wick: Chapter 2) ahead of production on the second season and leaves Warner Bros. TV looking to recast the role.

The shocking announcement comes on the heels of the first season finale and after the network announced that not only would it be anchoring its Sunday night roster in early 2021, but would also be getting a crossover event with the upcoming Superman & Lois. Rose’s portrayal of the character was seen as a landmark in TV history as it was the first series to feature a lesbian superhero lead and was of major importance to the production crew and producers Greg Berlanti and showrunner Caroline Dries.

Despite the sudden departure, both the 34-year-old star and producers Warner Bros. TV and Berlanti Productions released statements in which they praised one another for their work, while not disclosing the reason behind her leaving.

“I have made the very difficult decision to not return to Batwoman next season,” Rose said. “This was not a decision I made lightly as I have the utmost respect for the cast, crew and everyone involved with the show in both Vancouver and in Los Angeles. I am beyond appreciative to Greg Berlanti, Sarah Schechter and Caroline Dries for not only giving me this incredible opportunity, but for welcoming me into the DC universe they have so beautifully created. Thank you Peter Roth and Mark Pedowitz and the teams at Warner Bros. and The CW who put so much into the show and always believed in me. Thank you to everyone who made season one a success — I am truly grateful.”

“Warner Bros. Television, The CW and Berlanti Productions thank Ruby for her contributions to the success of our first season and wish her all the best,” The CW, WBTV and Berlanti Productions said in a joint statement. “The studio and network are firmly committed to Batwoman’s second season and long-term future, and we — along with the show’s talented creative team — look forward to sharing its new direction, including the casting of a new lead actress and member of the LGBTQ community, in the coming months.” 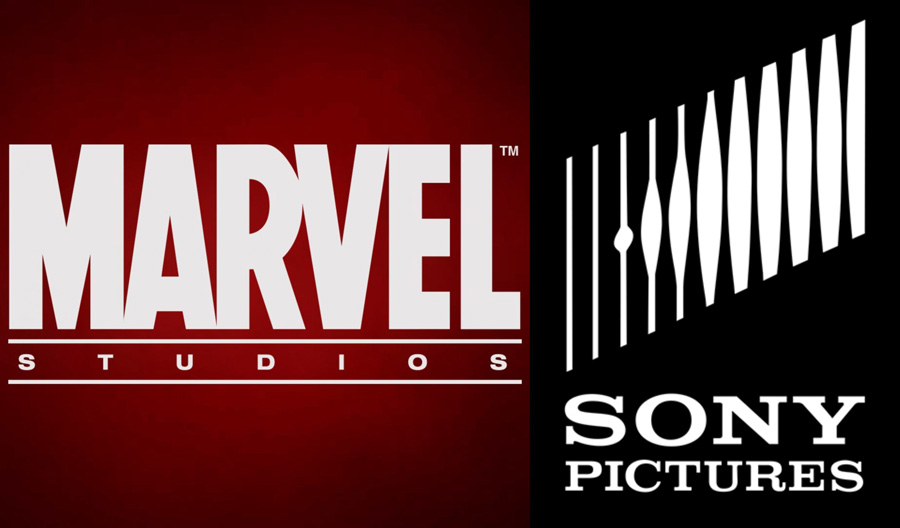 Sony Pictures is looking to keep building its own Marvel universe as they have tapped acclaimed TV director S.J. Clarkson (Collateral) to develop a female-centric movie utilizing the studio’s catalogue of Marvel characters.

It’s currently unknown as to which character Clarkson will be developing a film around, but there’s a strong possibility the film will be focused on Madame Web, who the studio said they would be bringing to the big screen in September 2019 with writing duo Matt Sazama and Burk Sharpless (Morbius) attached to pen the script.

Originally created by writer Denny O’Neil and artist John Romita, Jr., Madame Web is generally depicted as an elderly woman with myasthenia gravis who is connected to a life support system reminiscent of a spider-web. She has mostly been a supporting character in the Spider-Man universe since her introduction in The Amazing Spider-Man issue #210 in November 1980.

Heroes & Villains in Development For MGM 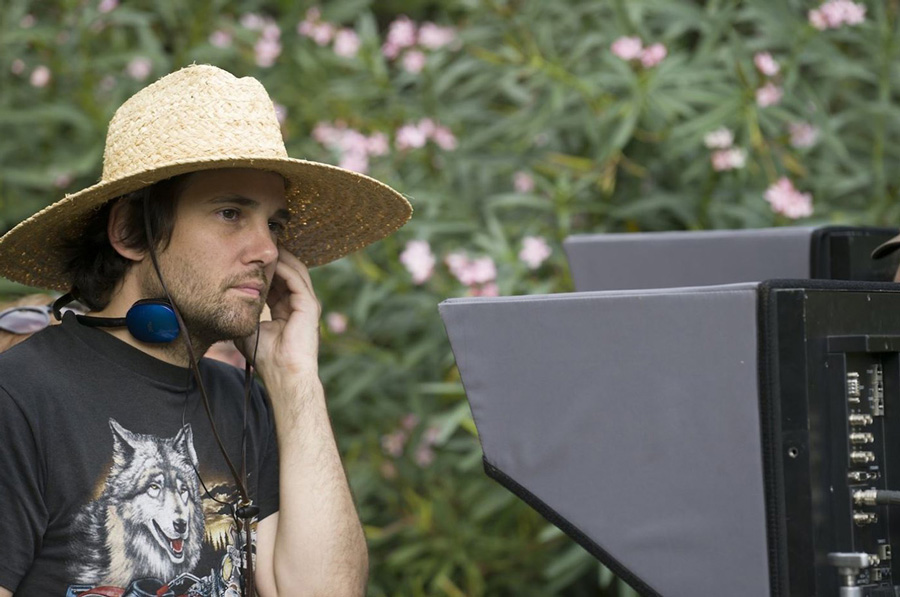 David Robert Mitchell, the filmmaker behind Under the Silver Lake and It Follows, has finally set his next film project as MGM has officially picked up his brand new superhero film titled Heroes & Villains.

Written by Mitchell, Further details about Heroes & Villains is being kept under wraps but it is being described as a genre-blending and genre-bending project which will have a new take on the popular genre. According to the outlet’s sources, the director is hoping to start with the casting soon.

On top of writing and directing, David Robert Mitchell will also serve as producer along with Good Fear Content’s Chris Bender and Jake Weiner.

Lights! Music! Muppets! …Unscripted! Get ready to see your favorite characters like never before in #MuppetsNow, an Original Series, coming July 31 only on #DisneyPlus. #DisneyBundle pic.twitter.com/1gLtOx3ckl

Disney+ announced the new original series Muppets Now will premiere July 31 on the service. Kermit the Frog, Miss Piggy, and the gang joined in the fun sharing their own unique spin on the series’ original key art.

Muppets Now is The Muppets Studio’s first original series for Disney+. In the six-episode season, Scooter rushes to make his delivery deadlines and upload the brand-new Muppet series for streaming. They are due now, and he’ll need to navigate whatever obstacles, distractions, and complications the rest of the Muppet gang throws at him.

Overflowing with spontaneous lunacy, surprising guest stars and more frogs, pigs, bears (and whatevers) than legally allowed, the Muppets cut loose in Muppets Now with the kind of startling silliness and heartfelt fun that first made them famous.

Netflix has released the 13 Reasons Why final season trailer as the fourth season of the young adult drama steers towards graduation, where the students are forced to make life-changing and heartbreaking choices about how their past will impact their future.

Eight months after preventing Tyler from committing an unthinkable act at Spring Fling, Clay, Tony, Jessica, Alex, Justin, and Zach find ways to shoulder the burden of the cover-up together while helping Tyler move toward recovery. But when the aftermath of a tumultuous Homecoming game culminates in the disappearance of a football player, and Clay finds himself under police scrutiny, it’s up to a shrewd outsider to steer the group through an investigation that threatens to lay bare everyone’s deepest secrets. The stakes were raised in the riveting third season of 13 Reasons Why, as the consequences of even the most well-intended actions altered lives forever.

Gary Sinise has signed on to portray Dr. Robert Ellman, an adolescent and family therapist who is compassionate while also using a no-nonsense approach to his work and is brought in to address the mental health of Clay Jensen (Dylan Minnette) and help him battle his anxiety, depression and grief in his senior year. As the character description reads, Elllman is “formidable, intense and deeply humane” and “is steadfast in guiding Clay to accept the help he needs so desperately, to come to terms with the trauma in his past and begin the process of healing.”

With production being shut down around the world in the film and TV worlds, many exciting projects in development are currently stuck in an unknown limbo, including Netflix’s live-action adaptation of beloved manga One Piece, and now producer Marty Adelstein has offered an update on the series.

Tomorrow Studios founder and CEO discussed that he is overseeing work on Netflix’s live-action adaptation of both Cowboy Bebop and One Piece and that if not for the current global health crisis, production on the latter would be starting in August in Cape Town, South Africa, but now the date they expect to film is “September, at the latest.”

“We have basically all 10 scripts written. We will start casting when we go back,” Adelstein explained. “My suspicion is June 1, but we will start doing our casting. We have a lot of names that we’re talking about, and we should be in production in September. We have been working very closely with Sensei Oda. So, we’re going to get started, and this one is very big. I mean, Snowpiercer was a big production; this is even bigger.”

The manga, written and illustrated by Eiichiro Oda, follows Monkey D. Luffy, the leader of a pirate crew who has the powers to turn his body into rubber after eating a “Devil Fruit,” and who ventures around a fantastical world of exotic islands and vast oceans in search of the legendary treasure known as “One Piece” to become the next Pirate King.