NECA has announced their introducing a brand new line of Back to the Future collectibles, for release later this year, tying into the original film’s 30th Anniversary. 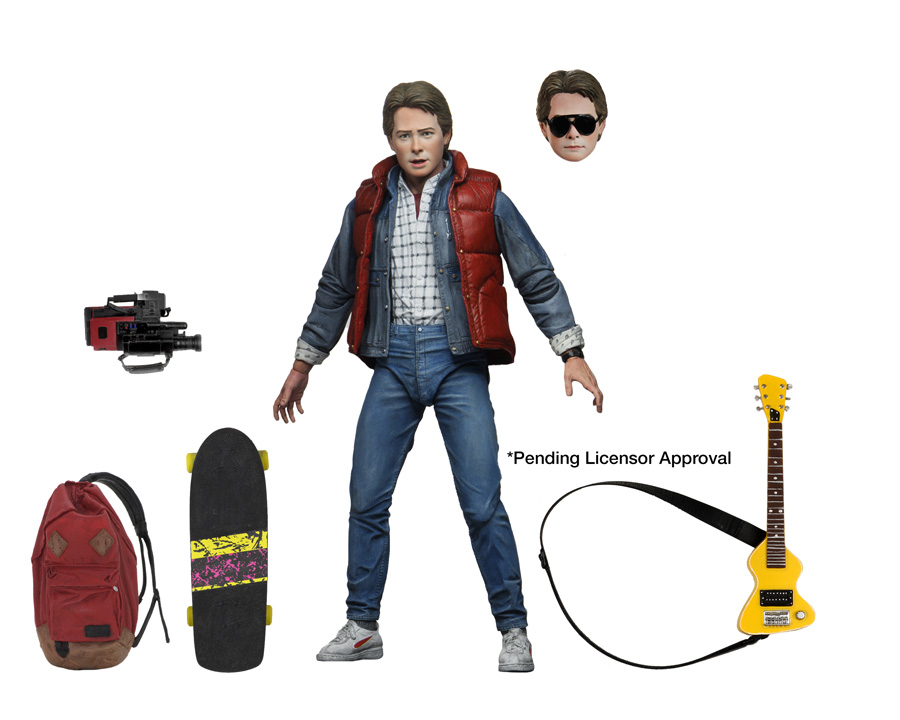 It’s time to hop in the time machine and go back to 1985! NECA is thrilled to present the Ultimate Marty McFly from Back To The Future featuring the official licensed likeness of Michael J. Fox.

Sporting his signature vest and denim jacket, Marty is ready to meet Doc Brown at the Twin Pines Mall parking lot with camcorder, backpack, and skateboard in hand. Marty also comes with an alternate sunglasses head and a guitar, primed to blow out the giant speaker in Doc’s lab from the movie’s opening scene. 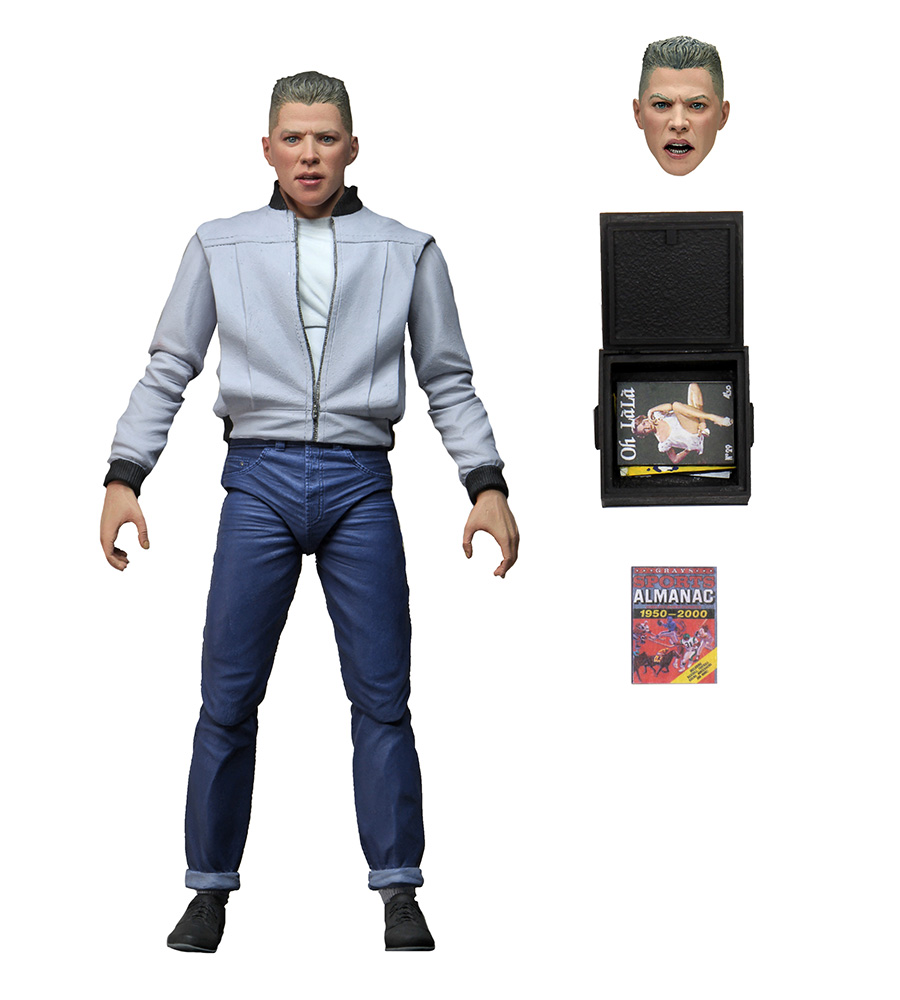 “So why don’t you make like a tree and get outta here?” The tough but not too bright antagonist of the Back to the Future franchise, Biff Tannen, bullies his way to the NECA Ultimate line!

Dressed in his Enchanment Under the Sea Dance outfit, Ultimate Biff features the licensed likeness of Tom Wilson and comes with interchangeable heads, hands, the Gray’s Sports Almanac and Case from Part 2! 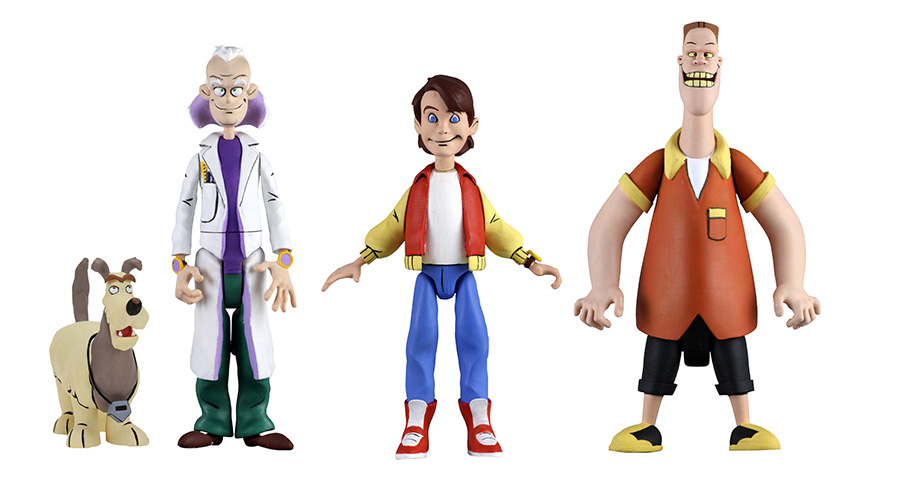 Based on their appearances in Back to the Future: The Animated Series, Marty, Doc, and Biff are making their way to the Toony Classics line, a fun take on beloved characters from film and television!

Each standing approximately 6″ tall, Marty includes a hoverboard and guitar with strap, Doc comes with goggles, a remote control and Einstein, and Biff with an alternate head! 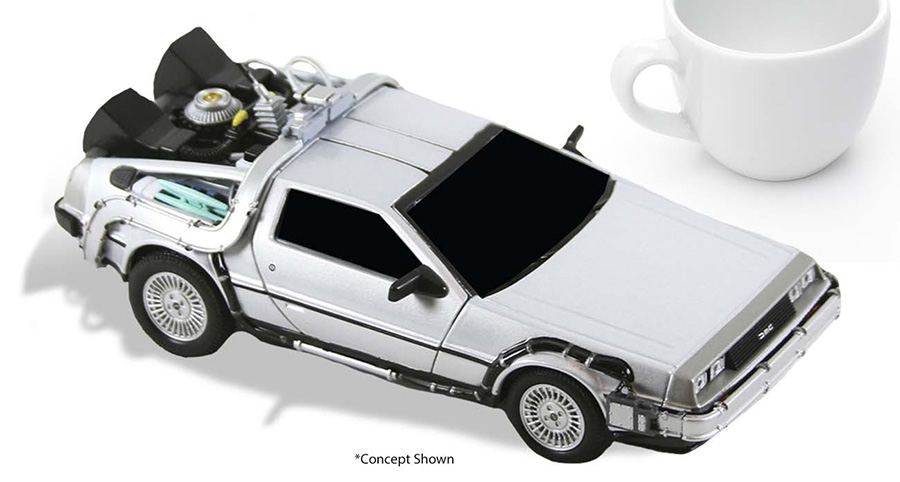 To celebrate one of film’s most iconic vehicles, NECA presents the diecast replica of Doc Brown’s Time Machine from Back To The Future.

Crafted from diecast metal and plastic, each piece is exceptionally detailed and carefully hand painted. The Time Machine measure over 6″ long and features rolling wheels. 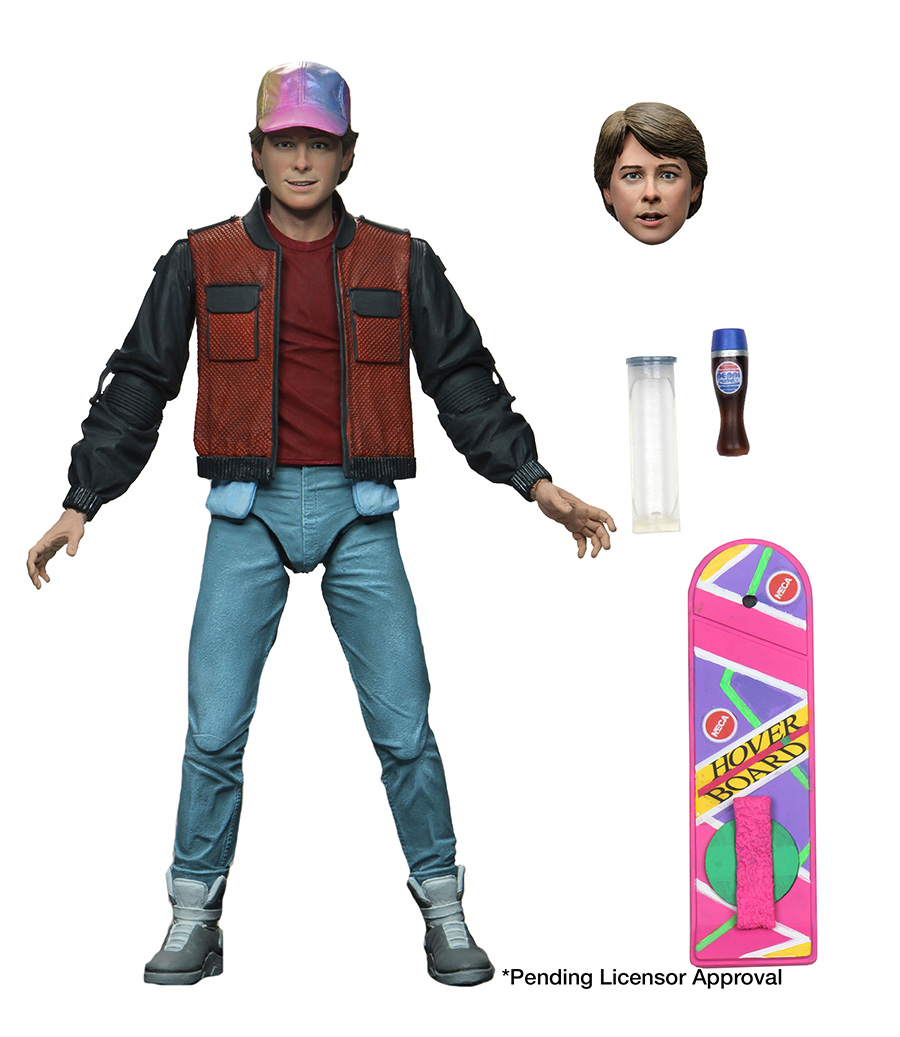 “Your kids, Marty. Something’s got to be done about your kids!” Travelling from 1985 to 2015 to preserve his future once again is the Ultimate Marty McFly from Back to the Future Part 2!

In this article:Action Figures, Back To The Future, Neca, Press Release, Toy News