S01E01: In the series premiere, Courtney Whitmore (BREC BASSINGER) moves to Nebraska with her family and discovers her stepfather, Pat Dugan (LUKE WILSON) is hiding a major secret.

You gotta understand. At this point, the content on DC Universe has been…not terrible, but not exactly worth the monthly fee. HARLEY QUINN is phenomenal, which I didn’t expect (I haven’t seen every episode, so don’t hold me to that too hard). And DC’s animation is usually better than its live-action shows (No, I haven’t watched APOKOLIPS WAR). This is kind of my point; With very few exceptions, DC has not released anything in film, television or direct-to-dvd (animated or otherwise) that really made their app worth purchasing. DOOM PATROL was a long time ago, in these terms. As a result, I was absolutely dubious about STARGIRL. The lead actor, Brec Bassinger, didn’t strike me as the next Diana Guerrero (who slayed as Crazy Jane). Luke Wilson, I thought, must be slumming it. I watched one trailer and figured it would be, at best, an ok show.

Instead, I was met by the thing I wanted most out of DC Entertainment but never realized what it would or could be. 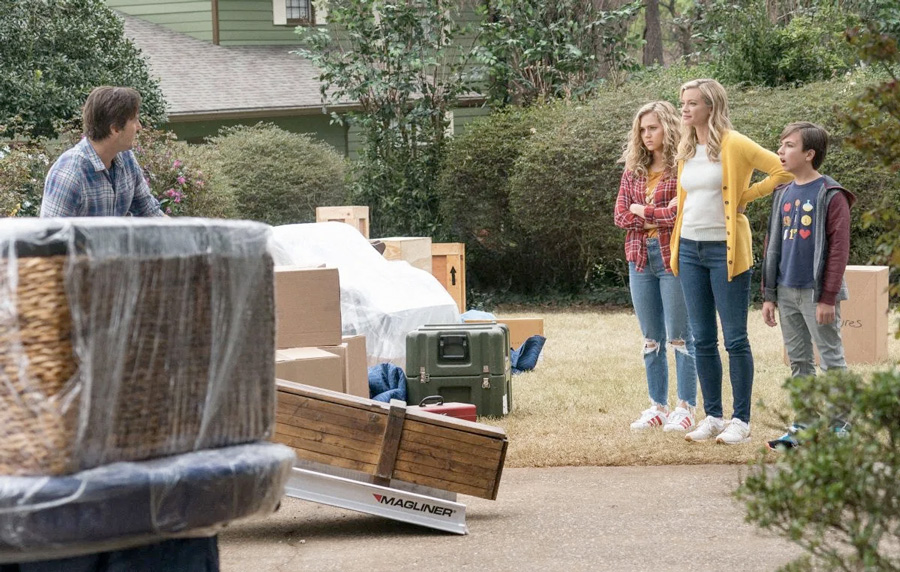 Bassinger is fine, better than fine, as Courtney, the titular Stargirl. I have no idea what continuity this is pulling from, as it seems to have a touch of Stars and S.T.R.I.P.E. (duh), Starman, The Last Days of the Justice Society, JSA, Infinity Inc. and even Crisis on Infinite Earths. Having James Robinson and Geoff Johns as executive producers will probably do that for your pedigree. As a result, it is its own thing, has its own stakes and plays by its own rules. What that does for the show is it gives viewers like me, the comic nerd, a chance to find hidden Easter eggs and just a thrill to see Alan Scott in a photo, among other fun references, and it gives someone coming in fresh a fun spin on what is a slowly exhausted genre. It has high school drama, step-family drama, and more of what makes networks like CW, TeenNick and Freeform so popular with tweens, their parents, and a lot of folks in the middle. For the first time, since its inception, the DC Universe app has given something that is truly for everyone.

Let’s get back to Luke Wilson, because saying he’s slumming it on a Warner Brothers-owned app is doing him a great disservice. As Pat Dugan, the former sidekick Stripesy, he has the right amount of earnestness to give the character who is trying to ingratiate himself to his new stepdaughter while also being a man with a secret past. He doesn’t give anything away, and he keeps his past locked up in the basement, but he seems to have an ulterior motive for moving to Blue Valley (which feels like a weirder version of Springfield from the GI Joe comics where every citizen is a member of COBRA). 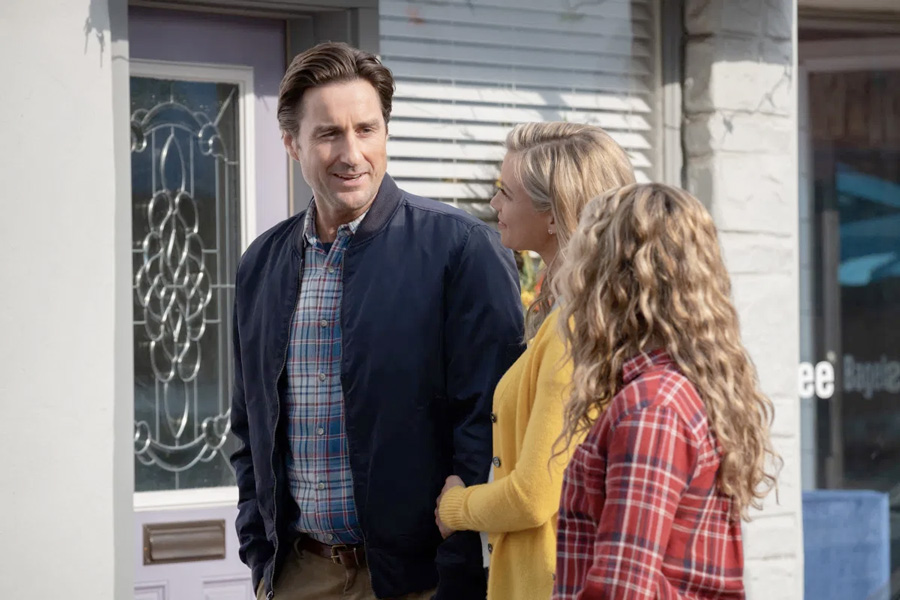 And speaking of actors bringing their A-game, give it up for Joel McHale and Amy Smart, who are veterans in their own right, but digging their teeth into the material. Dean Pelton would love to see Jeff Winger in a superhero suit, I’m sure.

The only thing “wrong” (so far) is that we haven’t seen enough of Courtney’s life to get a sense of who she is, but I’m sure it’s coming. I think that introducing Pat, their life together, and the Justice Society all in the first episode was enough to set up what we will see coming this season.

If you’re not sold, I get it. It’s a bit of a hard sell. But please, watch this opening scene (THIS IS HOW THE SHOW OPENED, PEOPLE!) and tell me this isn’t exactly what you wanted.