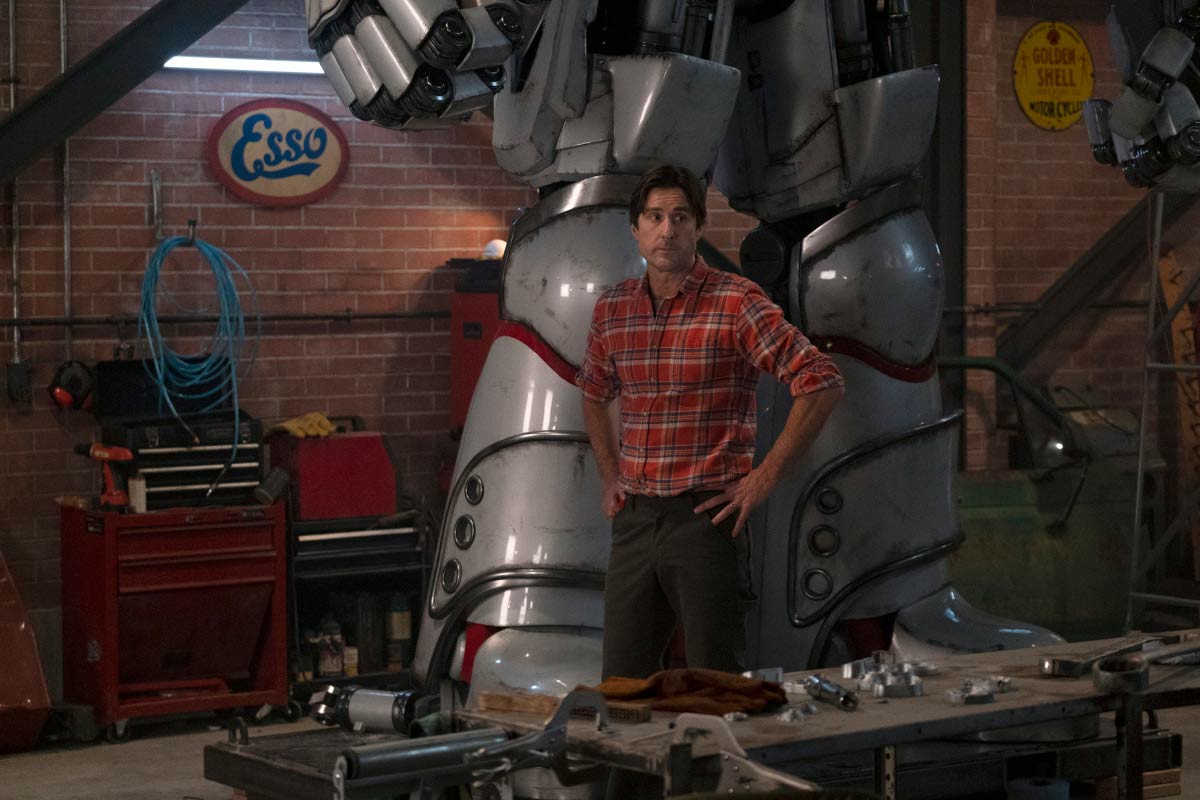 S01E02— After Courtney has an unexpected run-in with a member of the Injustice Society of America, Pat reveals the truth to her about their history.

Last week, I praised the pilot episode without ever bringing up actual parts of the episode. I’ll remedy that starting today, as I think a lot of what we’re going to see is less of a show manifesto as much as it’s a shape of things to come. Supporting cast members are thrown out left and right, so it’s probably a good idea to be a little more thorough going forward.

First, we begin where Episode One left off…with Pat in the S.T.R.I.P.E. suit, gently chastising Courtney. Sitcom hijinks happen later when, at breakfast, both Pat and Courtney have new bruises to explain away to Barbara (mom) and Mike (son/stepbrother).

Brec Bassinger plays Courtney in a very interesting way, and it’s been a while since I read the comic the show is based on, so forgive me if I’m being unintentionally obvious; she plays Courtney with a touch of teenage rebellion and more than a little bit of responsibility. Later in the episode, Brainwave (who is one of the leading head trauma doctors at Blue Valley’s hospital) seeks Courtney out at a Parent/Teacher event and when he finds her, he threatens to give her mom a stroke. 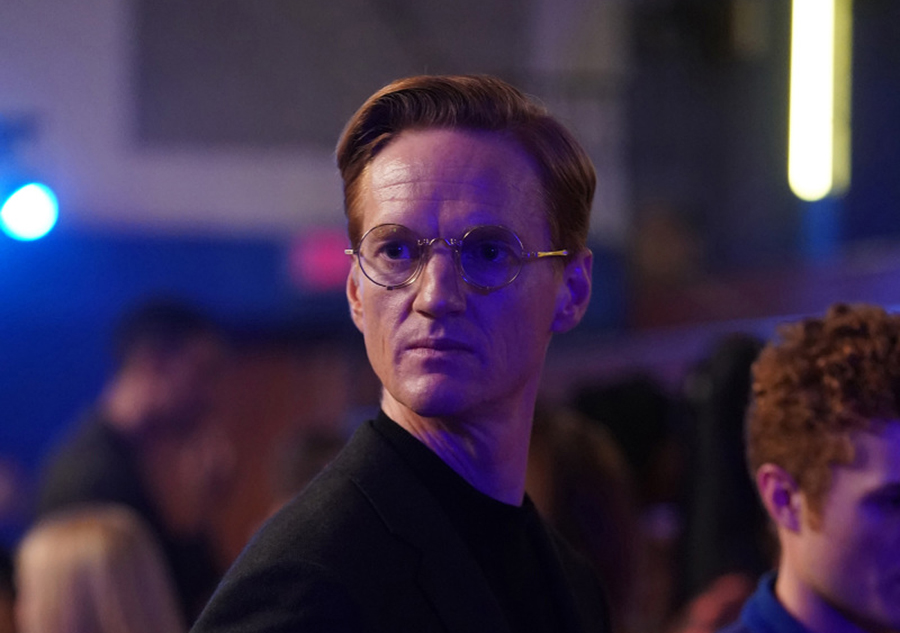 Courtney, now seeing the benefits of a secret identity, then takes her “dad’s” Starman costume (I’ll get back to this in a second) and fashions a more teenage version of it (in a fun montage that ends with more than a few smoking sewing machines in Home Ec). 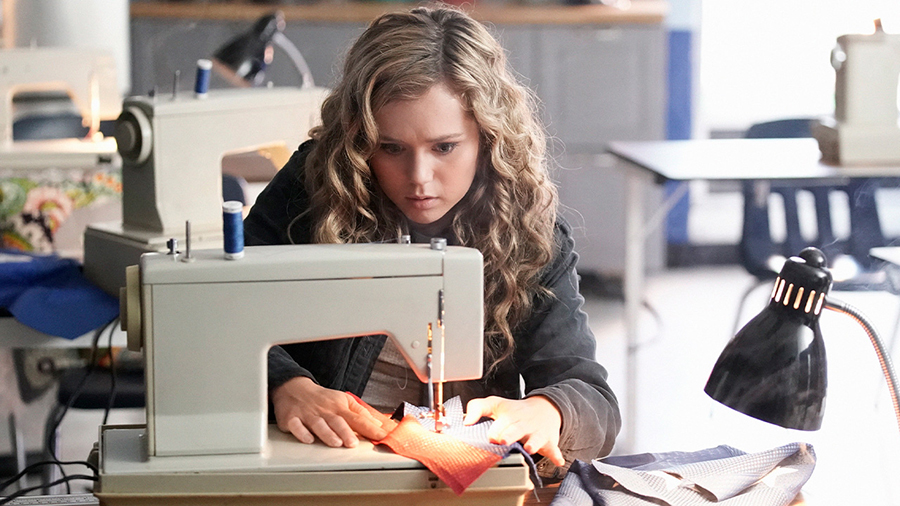 One of the subplots running through is how much of a legacy is Courtney, and how much does she need to be to feel this level of responsibility. We found out in Ep One, via a conversation between Barbara and Pat, that Starman (Joel McHale) is not her father; some rando is (and the writer in me believes this is going to come back to us in a later episode this or next season). However, even after given this nugget of information from Pat, Courtney still believes that she is the daughter of Sylvester Pemberton; why else would the Cosmic Staff choose her? 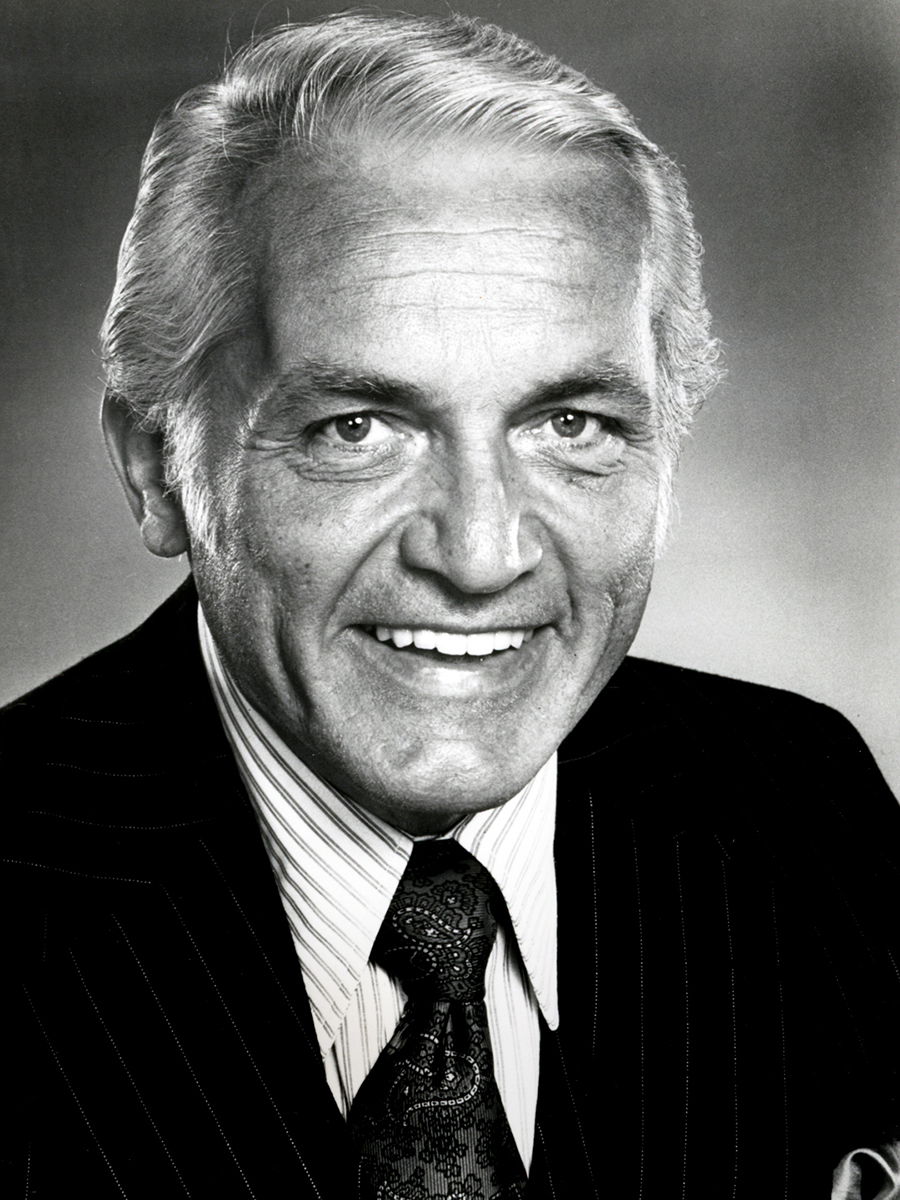 No, the one from the comics…you know…the GOLDEN AGE STARMAN! 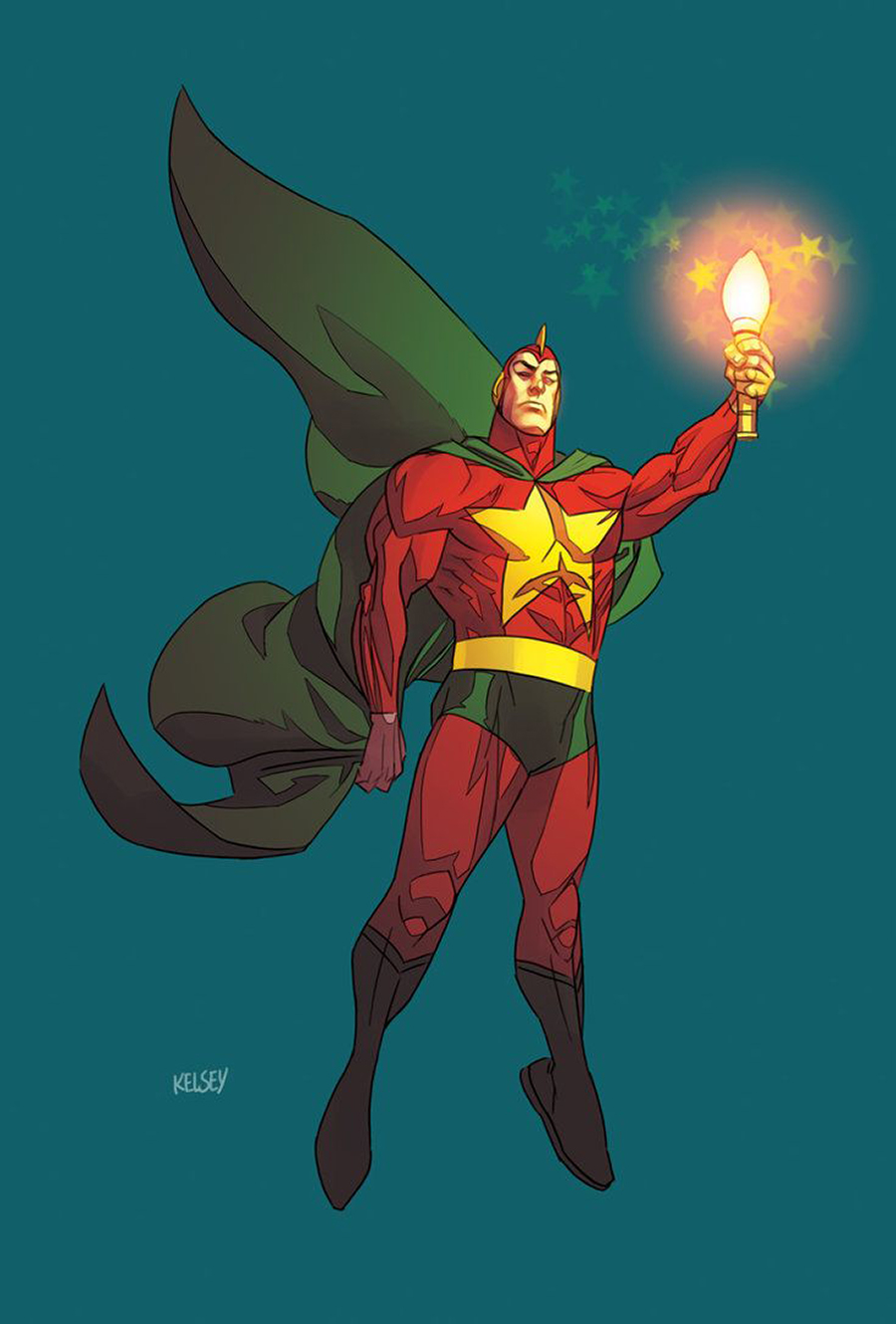 You know, another reason why it was better to wait to reveal the details of this episode as opposed to last ep is that a lot of things are beginning to come to light. The Senator that lives in Blue Valley? That’s the Wizard. Or how about Larry, the guy who owns the gym in town and prefers to be called, “Crusher?” Gotta be Sportsmaster.

There’s a girl (two of them actually, but one at a time) named Beth that Courtney sits with at lunch whose surname wasn’t mentioned until this week: Chapel. So, we can assume that nerdy Beth is going to have an accident at some point and become the new Dr. Mid-Nite (or maybe her mom, but my money is on the teen). There’s a really sullen girl at her table whose name I haven’t caught, but I assume she’s Yolanda Montez, the new Wildcat. And the guy with the inexplicable Southern drawl and tacky goatee that turns down all of Barbara’s ideas? Gotta be the Gambler.

But this is the fun of the show for the comic fans. They don’t outright tell you who everyone is. You kind of have to do a little guesswork, search through your mental Who’s Who.

This is going to sound stupid, but I’m really happy Luke Wilson took this gig. He brings a sense of calm to even the most hair-raising moments in the show, and he plays a great comedic foil and, yes, sidekick to his step-daughter. His test run with the S.T.R.I.P.E. exo-suit and his attempt at being a father when Courtney wants a partner are when he shines the most this week. I apologize for ever thinking he was slumming it on TV. 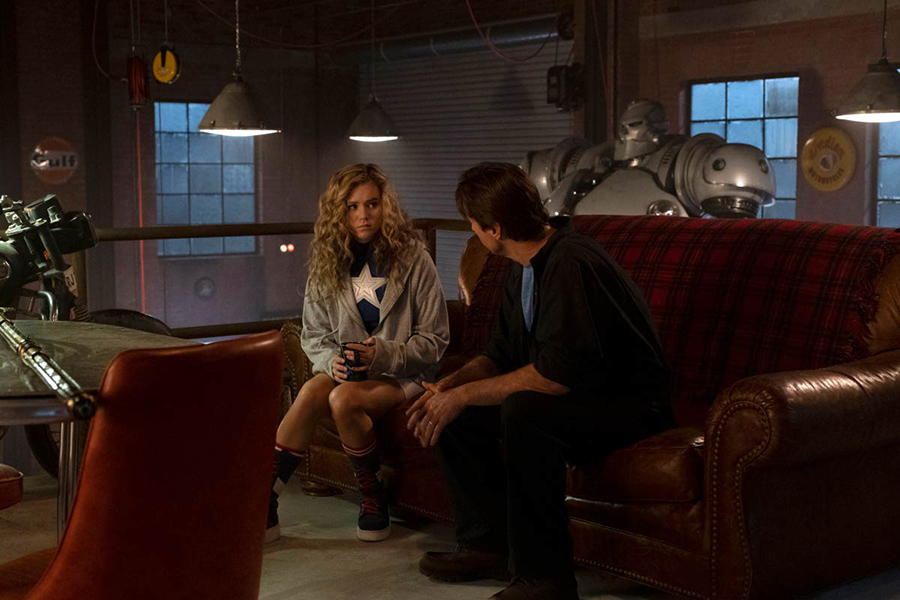 Next week should be fun, as Icicle has just arrived in town, and we saw a glimpse of Solomon Grundy in a basement cell. Here’s hoping that we get a little bit of James Robinson’s producer influence and we get the different “days of the week” Grundy instead of just the dumb monster version. 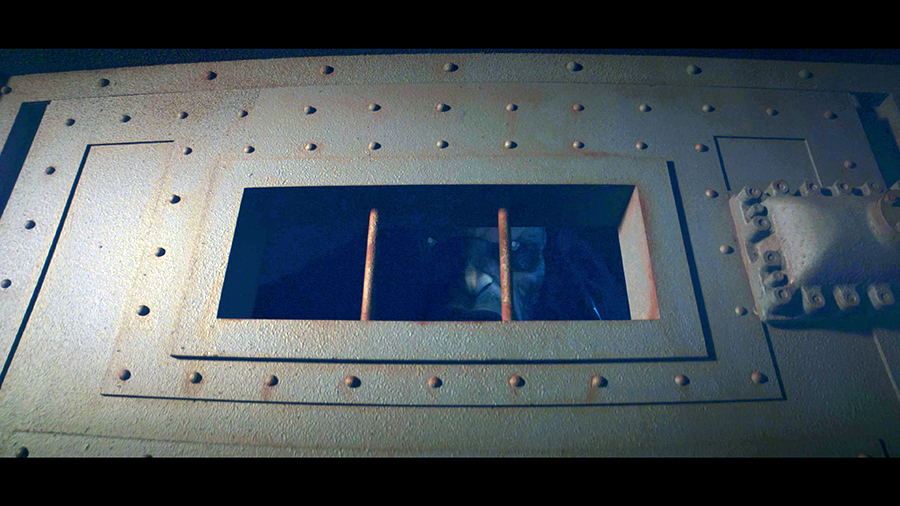 I mean, it’ll be cool to see Grundy vs S.T.R.I.P.E., but I can only hope for the gentle version from Robinson’s STARMAN comics.