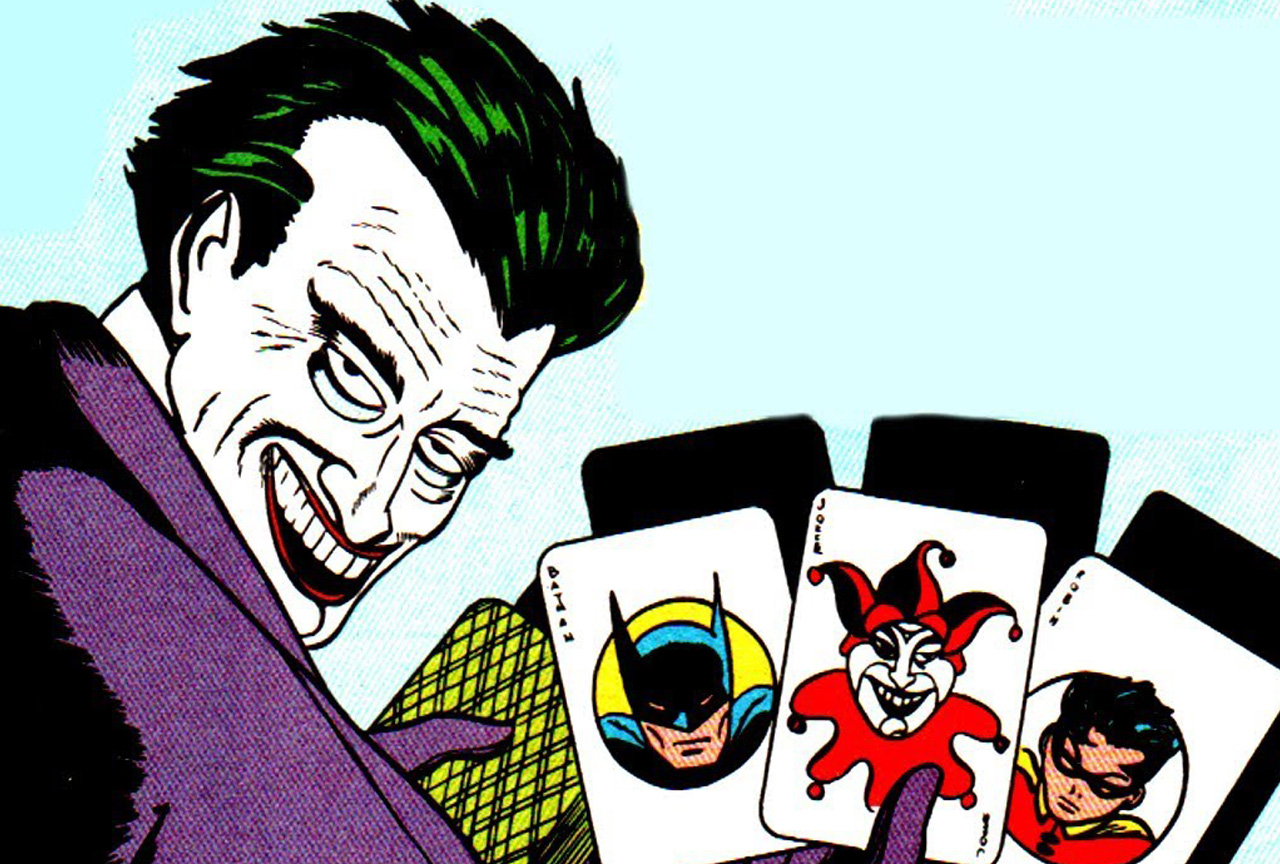 The Joker might be one of the most well-known comic book villains of all time.

Complex, psychotic, and ever-changing, The Joker is a compelling character who is so intriguing that he has been in at least 26 mainstream movies, including “Batman” (1989), “The Dark Knight” (2008) and of course, most recently, “Joker” (2019).

While everyone knows The Joker, only real comic book fans will understand just how strange and fascinating this character truly is. Once you discover how The Joker has evolved — and his mysterious backstory — he becomes even more compelling and rich as an archnemesis. Let’s explore ten incredible facts that only real fans will know about The Clown Prince.

1. The Joker Has Been There Since the Start 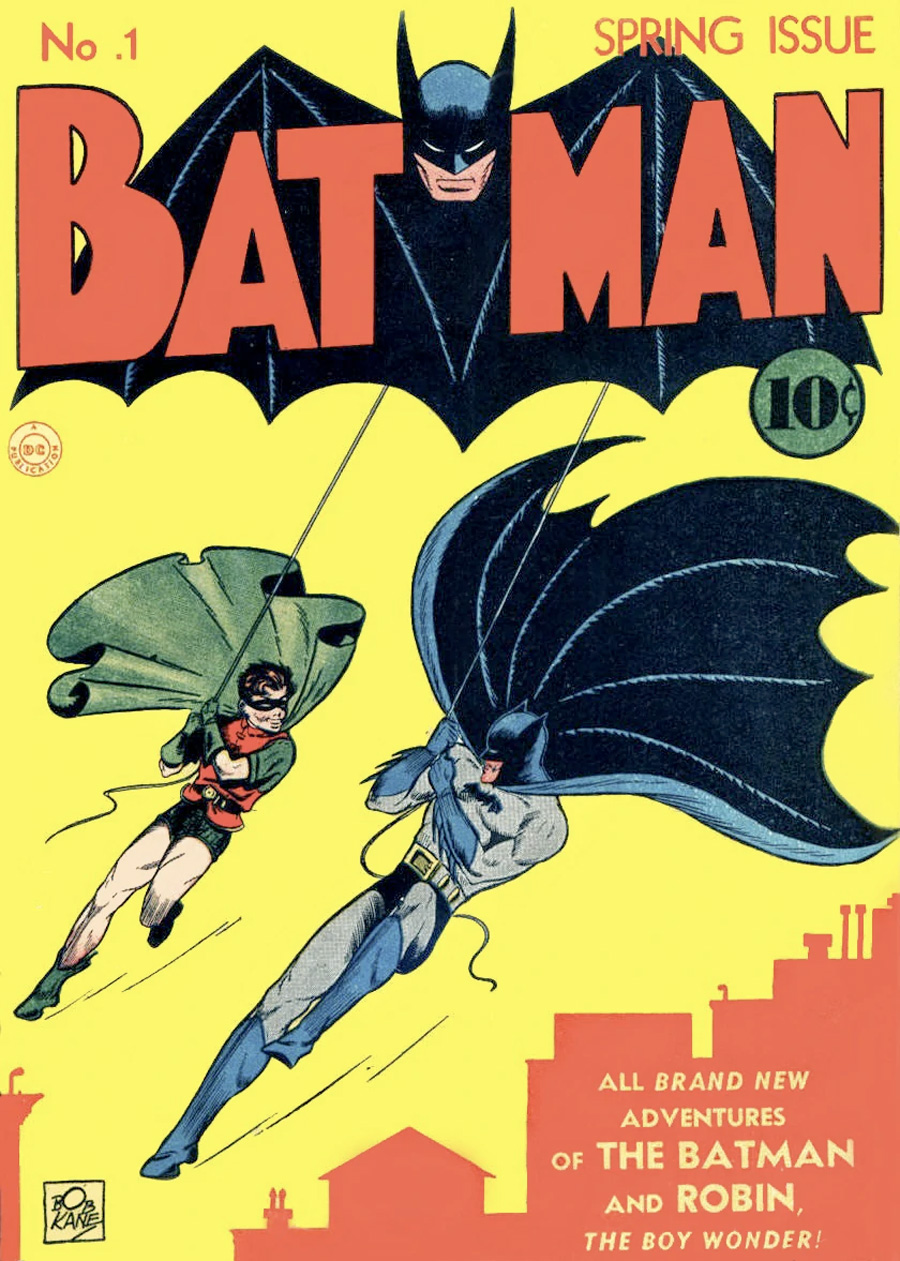 The Joker isn’t just Batman’s biggest nemesis — he’s also his most longstanding. The Joker has been there since the beginning, tormenting Bruce Wayne and wreaking havoc. The Joker first appeared in “Batman” issue #1, published April 25, 1940 — the dawn of the Golden Age of comics. Creator Bob Krane thought that an unhinged clown would be an ideal counterpart to Batman. When he was first introduced, The Joker was a murderous, thieving psychopath dressed as a Joker playing card. But he wasn’t meant to stick around this long.

2. The Joker Was Never Meant to Live This Long

Inconceivable as it might feel to us now, The Joker was never meant to be a big character. In fact, he was meant to be killed off in the same comic that introduced him. However, in a move that would change popular culture forever, DC Comics editor Whitney Ellsworth loved the character and intervened, insisting The Joker live on as Batman’s counterpart.

3. The Comics Code Changed the Joker

A comic book character doesn’t stick around this long without going through some changes. But sometimes external forces demand a character changes, whether or not comic book creators like it. As we mentioned, when The Joker was first introduced, he was extremely violent and psychotic. However, when the Comics Code came into effect in 1954, new, stricter regulations regarding comic-book violence meant The Joker had to become someone new. After this date, The Joker became much less violent and more comical —  more of a bank robber than a psychopathic killer. But all things come full-circle, and we’re happy to have our deranged Joker back — he’s darker but certainly more interesting. 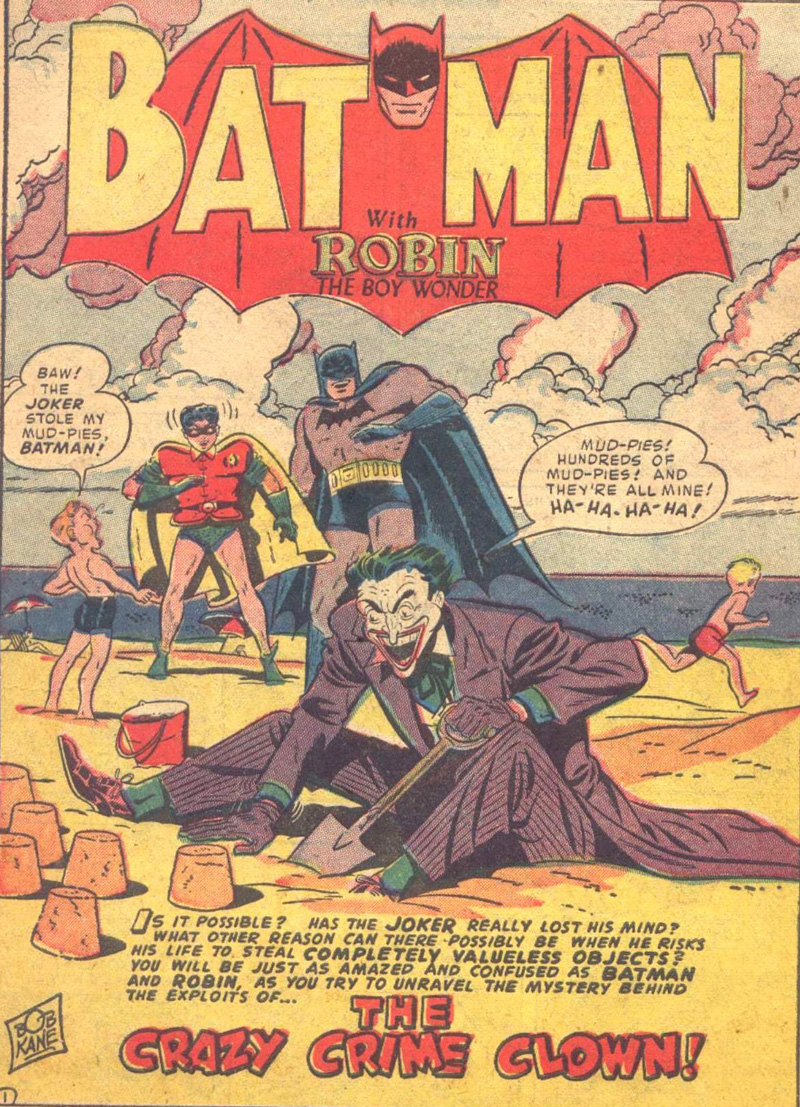 We all know Harley Quinn, but did you know The Joker had a sidekick long before her? The Joker’s first sidekick was a fellow psychotic clown named Gaggy Gagsworth — Gaggy for short. The character made his debut in 1966’s “Batman” #186. He didn’t last too long, however, and Batman and Robin pretty quickly apprehended him. 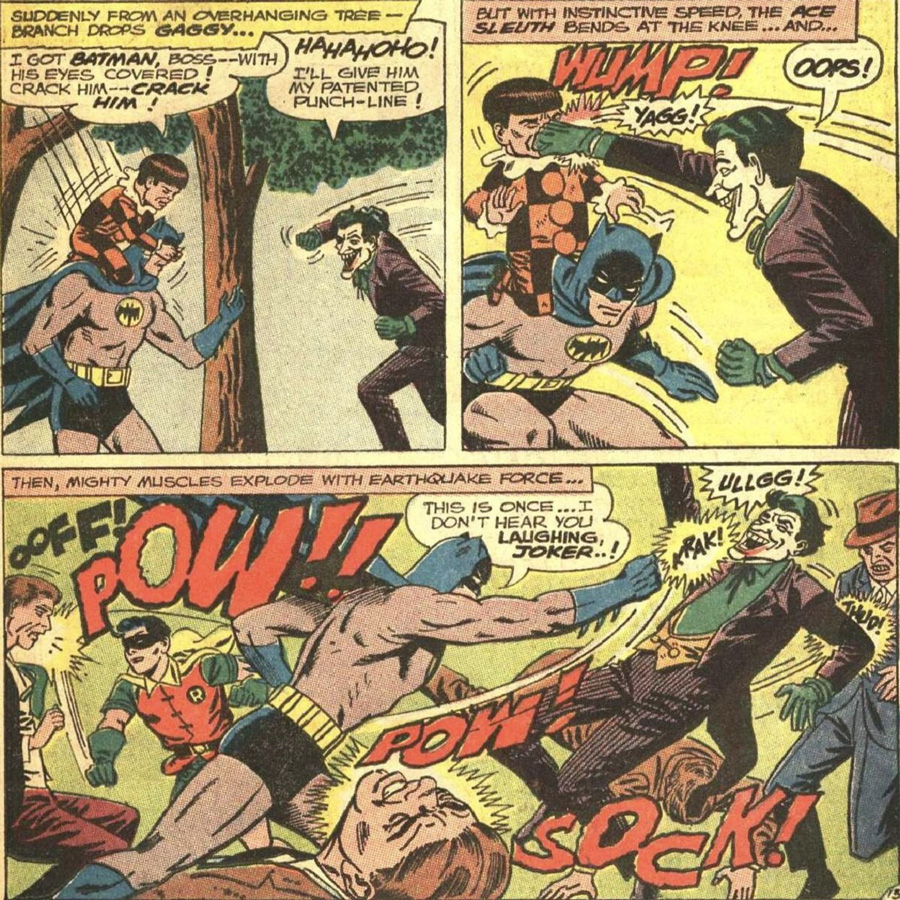 Something interesting real fans might know is that Gaggy was originally a tightrope walker at the circus, but his act was replaced by The Flying Graysons — Dick Grayson’s (Robin’s) family act. 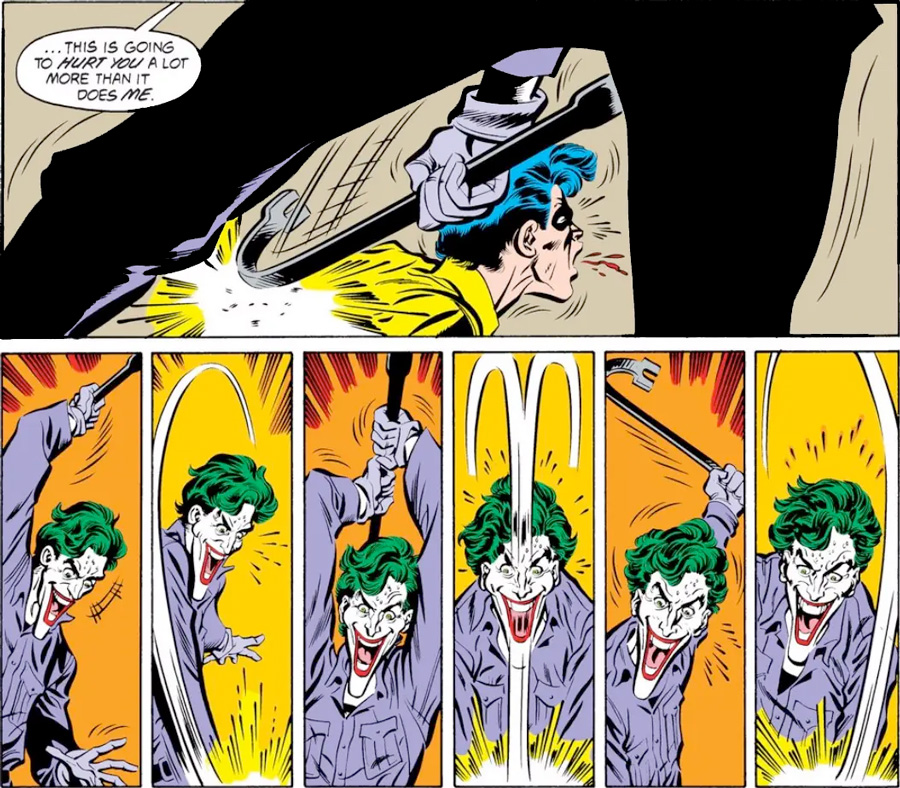 We know there have been a lot of Robins over the years, but did you know The Joker actually murdered one? In “A Death in the Family” (1988), a four-issue storyline, The Joker killed Jason Todd, beating him with a crowbar in a shed full of explosives. Batman wasn’t able to save Robin, pulling up to the building just in time to see it explode.

What goes around, comes around. The Joker may have killed Robin, but karma got its own back on The Joker. It’s no secret there was no love lost between Robin and The Joker, but The Joker hated Dick Grayson more than any other Robin. In “Joker: The Last Laugh” (2001), Nightwing (Dick Grayson, formerly Robin), got a taste of darkness when he snapped and killed The Joker. 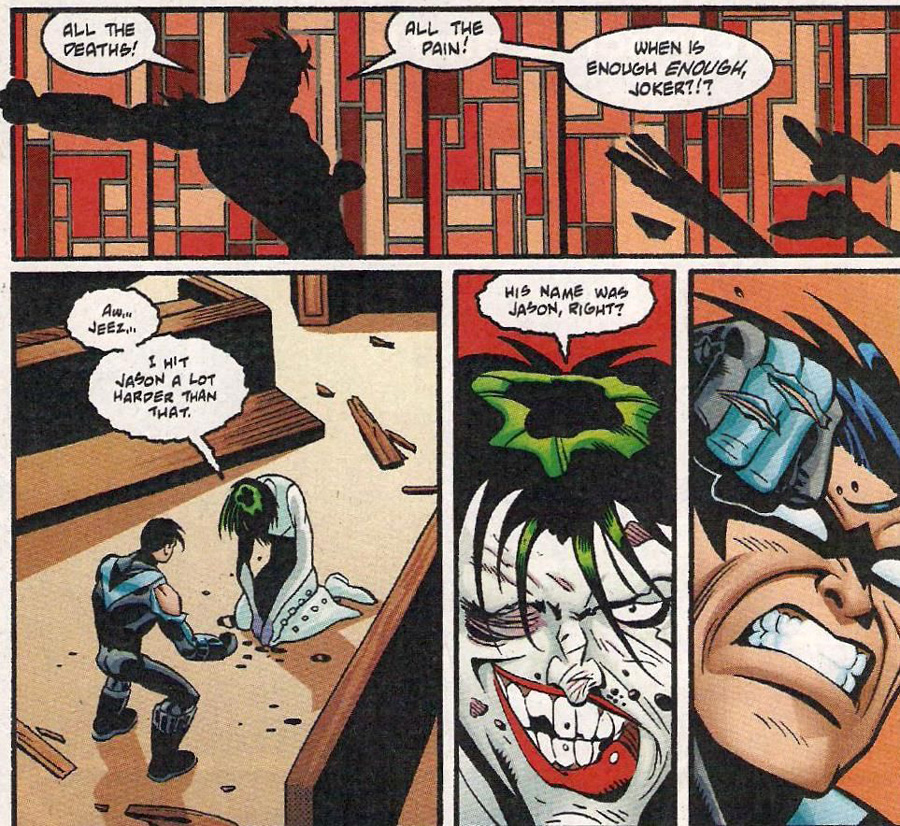 Nightwing beats him to death. Dick Grayson is distraught by what he has done, but as we know, The Joker didn’t stay dead. His heart was restarted, and he returned to prison.

7. There Are Three Jokers

In “Justice League” #42 (2015), Batman got hold of the Mobius Chair —  a chair that can travel through space, time, and answer any question. Batman asks for The Joker’s true identity, and in “Rebirth” #1, we find out the answer that shocked Batman into silence —  there are three Jokers. 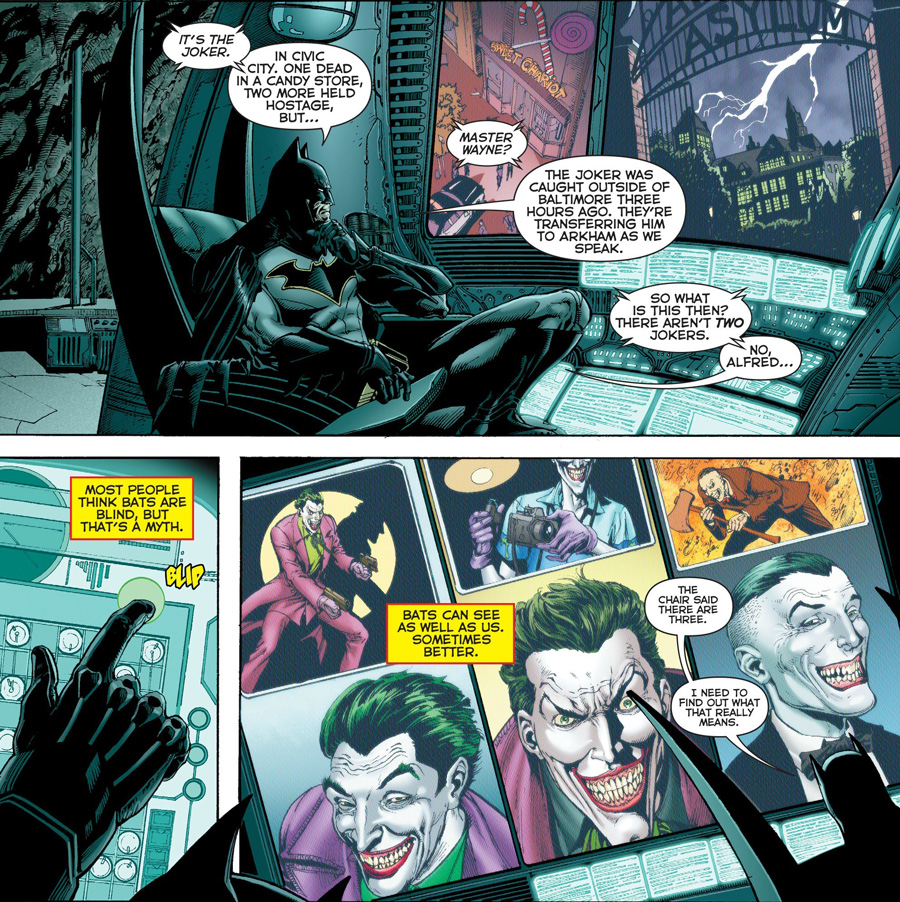 This mystery still hasn’t been explored, but later this year, we will hopefully learn all we want to know in Geoff Johns and Jason Fabok’s “Batman: Three Jokers.”

9. The Joker Once Saved America

The Joker can’t be all bad. Once upon a time, he saved America from a Nazi. In 1997, during a Marvel/DC crossover, Red Skull hired The Joker to steal an atomic bomb. However, The Joker was later horrified to discover Red Skull was actually a Nazi, proclaiming: “I may be a criminal lunatic, but I’m an American criminal lunatic!” 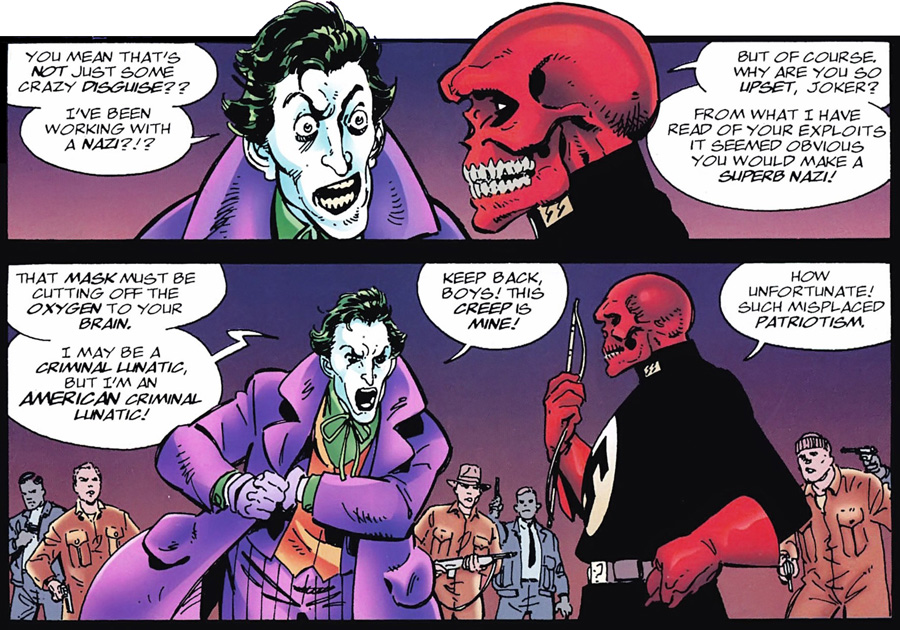 In the cargo hold of a plane, to save the country he loves, The Joker battled Red Skull, buying time so that Captain American and Batman could catch up with them before they reached Washington, DC.

9. The Joker Once Had His Own Comic Book Series 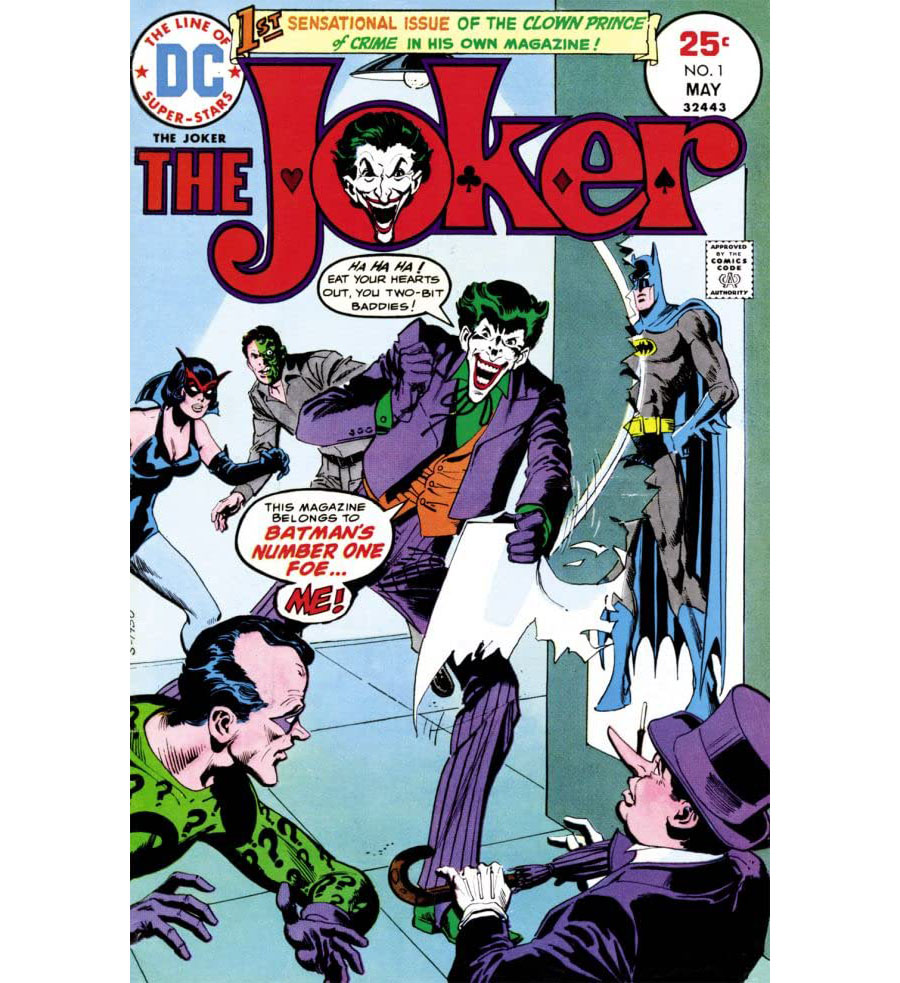 In 1975, The Joker got his very own comic book series. Unfortunately, the series didn’t last long, coming to a close after only nine issues in October 1976. The critics were harsh back then, but given our newfound fascination with The Joker, the series could be more popular today.

10. The Joker Is Unmoved by Scarecrow’s Fear Toxin 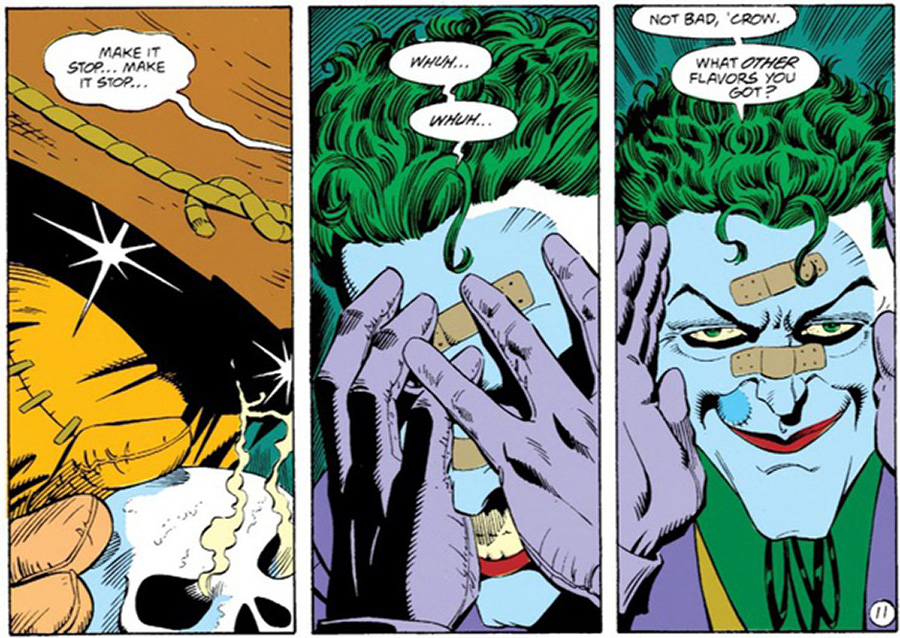 We all know about Scarecrow’s fear toxin. Nobody is immune — except, apparently, The Joker. During the “Knightfall” saga, the villain sprayed The Joker with his fear toxin. The Joker responded with “Not bad, ‘crow. What other flavors you got?” We’re not entirely sure why The Joker is immune. It could be because he has developed an immunity (a side effect of his fall into a vat of acid), or it could be because The Joker is insane and doesn’t fear anyone or anything. Not even The Dark Knight.

Brent Moeshlin is a comic book guru and owner of Quality Comix, the number one buyer and seller of vintage comic books online.