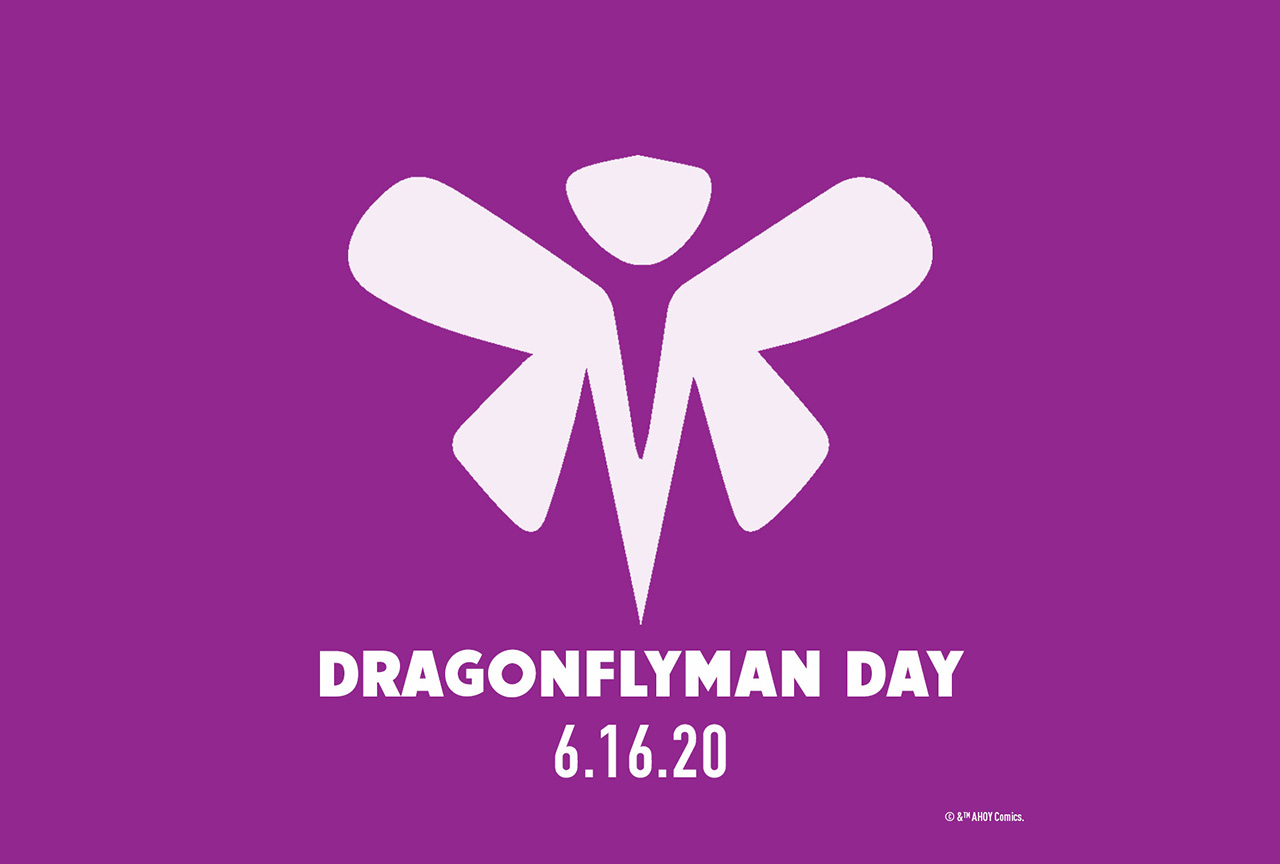 In the darkness of Earth-Omega, THE DRAGONFLY exacts vengeance from sadistic killers and corrupt authorities. On sunlit Earth-Alpha, the upstanding DRAGONFLYMAN fights for justice alongside the police. Now, for the first time ever, all five issues of the series, plus the 2019 AHOY Free Comic Book Day story, will be available in one dimension-smashing volume—and, coincidentally, just in time for everyone’s new favorite summer holiday: Dragonflyman Day.

A brand-new but already beloved tradition wherein people from all over earth—Omega, Alpha, and otherwise—celebrate this all-too-misunderstood superhero, Dragonflyman Day will be full of exciting festivities, such as the aforementioned bookstore release date of the trade paperback. 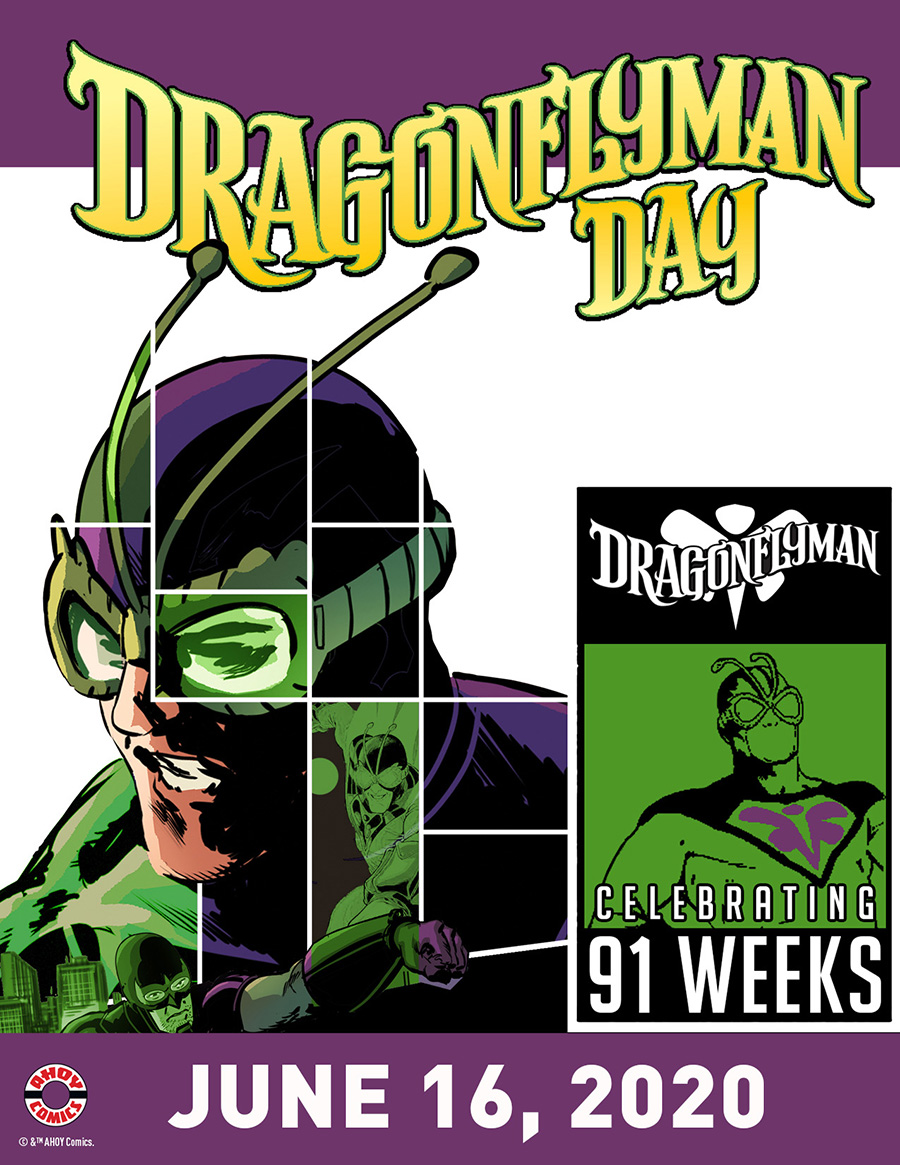 And AHOY Comics Publisher Hart Seely says that’s just the tip of the stinger. “We urge fans, comic book retailers, and people all around the globe to find their own ways to celebrate this most momentous occasion,” said Seely. “Plan a coordinated release of a thousand dragonflies into the sky from the safety of your backyard—or create your own parallel world alter-ego from household items like sponge cake, papier machê, or those pants with the button you’ll never wear again! There’s no limit to the ways you can safely observe this historic day.”

“The idea of dedicating an annual day to a fictional masked crimefighter is so unprecedented, so unheard-of, that it takes all of AHOY Comics’ courage to even suggest it,” said Tom Peyer, author of the book and AHOY Editor-in-Chief. “Yet suggest it we must, for it’s about time we honored something as important as a comic book hero, maybe with a flyover, or people going out to their balconies to applaud.”

“For comic book retailers who would like to participate, we’ll be making gorgeous downloadable posters for them to place in their store windows or hang prominently in gilded frames,” said Kit Caoagas, AHOY’s Marketing Associate. “We’ve also got social media graphics available for download, as well as life-sized Dragonflyman and Stinger busts for those retailers with 3D printers on hand.” Those interested in joining the retailer email list to receive said downloadables can email [email protected]. 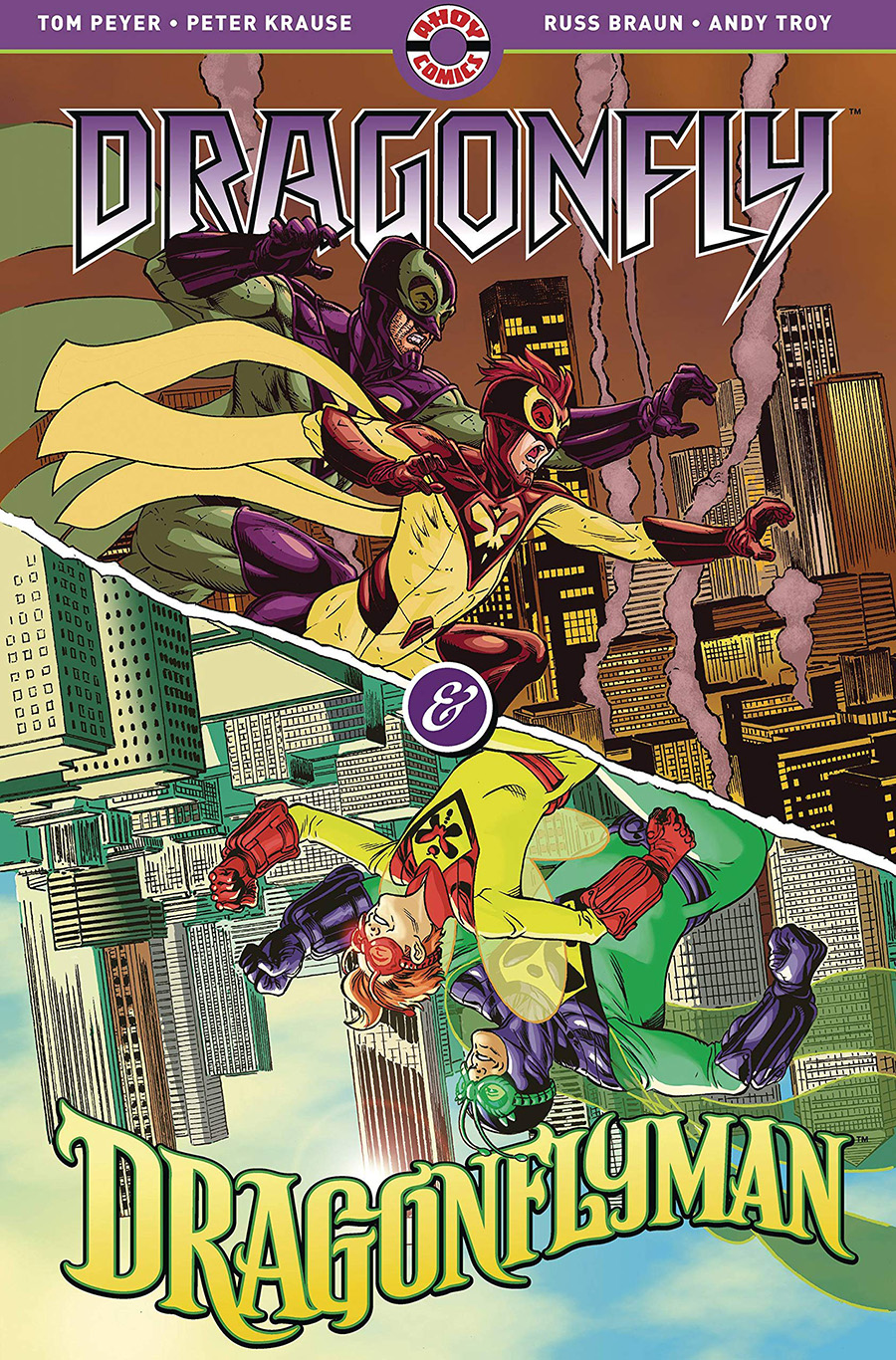 DRAGONFLY AND DRAGONFLYMAN will be available in comic stores on 6/3 and bookstores on 6/16.