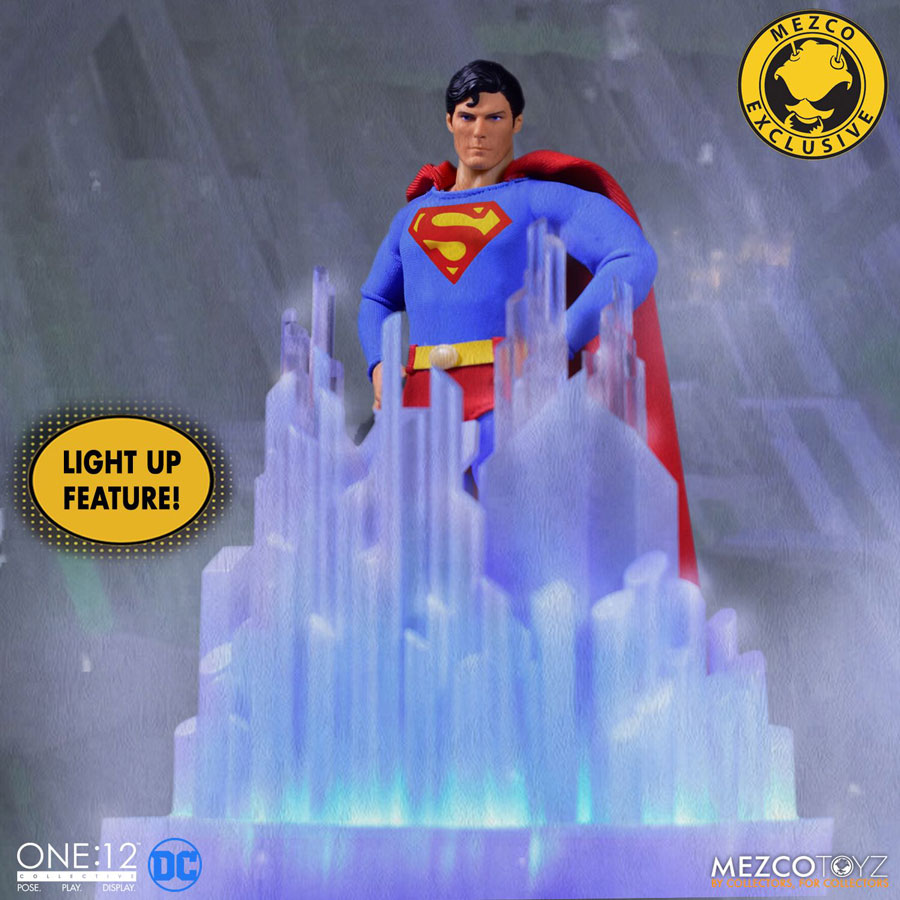 “You’ll believe a man can fly.”

Based on Richard Donner’s Academy Award nominated film “Superman”, the Man of Steel joins the One:12 Collective.

The One:12 Collective Superman – 1978 Edition is outfitted in his iconic suit from the film, which proudly displays the ‘House of El’ family crest and features a cape with an integrated posing wire. Two head portraits are included depicting Christopher Reeve’s portrayal of Superman. The Last Son of Krypton comes complete with a Fortress of Solitude base that features a light-up function which can be activated by specific placement of the included Kryptonian crystal, or via an on/off switch.

Superman comes with a range of Kryptonite accessories including a fragment which can be held in his left hand, and a Kryponite pendant with a real chain, as used by Lex Luthor in the film.

Sent to Earth from his dying planet of Krypton, Kal-El is raised by farmers Johnathan and Martha Kent who name him Clark and raise him as their own. Discovering he has extraordinary powers and abilities far beyond those of mortal men, Clark soon becomes his adoptive home’s first and greatest hero – Superman. 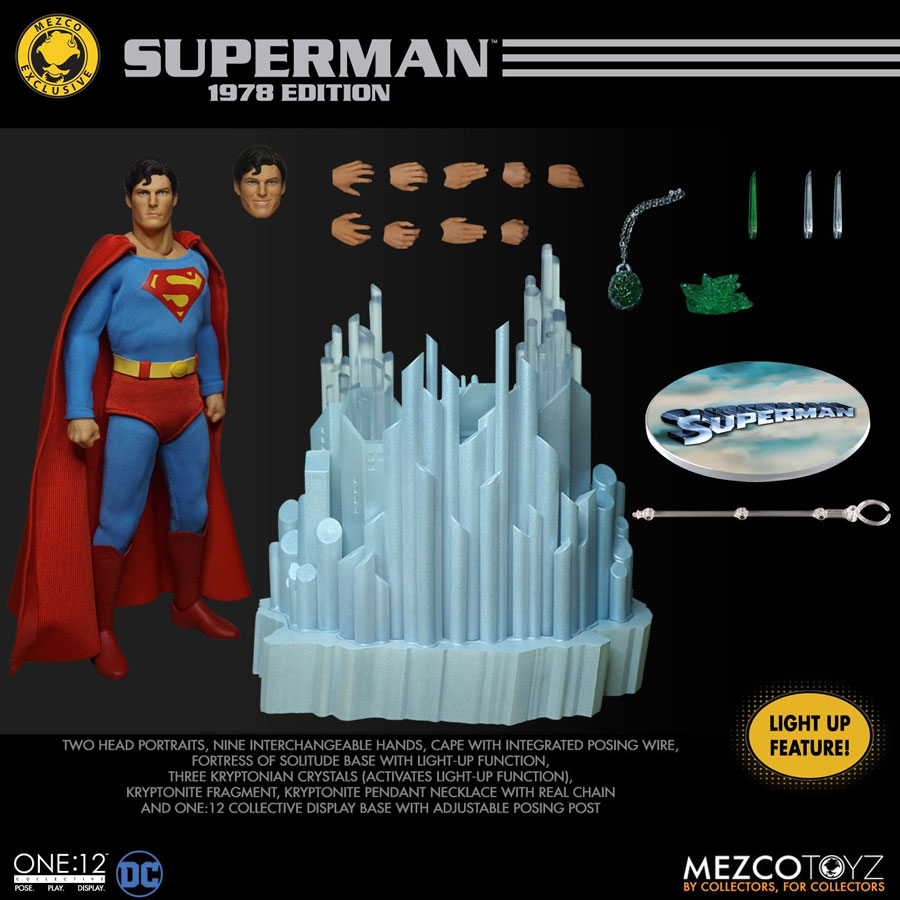 THE ONE:12 COLLECTIVE SUPERMAN FIGURE FEATURES:

Each One:12 Collective Superman – 1978 Edition figure is packaged in a collector friendly tin, designed with collectors in mind.

The One:12 Collective Superman – 1978 Edition is available for preorder at https://www.mezcotoyz.com/one-12-collective-superman-1978-edition.