S01E03 — After a dangerous run-in with the Injustice Society of America, Pat warns Courtney to back down from her attempts to go after them. Barbara (AMY SMART) impresses her new boss, Jordan.

There are thirteen episodes in this first season of STARGIRL, and they not only pulled out the “On a very special episode” episode, but they stuck the landing. There’s a lot going on in this week’s offering, and it all happens pretty fast, so buckle up and hang on to those handles sticking out of S.T.R.I.P.E.’s back.

As you can tell by the title, this week’s big bad* is Icicle, aka Jordan Mahkent. I suppose it’s a better name than “Joar” from the comics, but I won’t lie; I would have liked to see them use the original and try to justify it somehow. I’m not even sure it’s a legitimate name (EDIT: I stand corrected!). 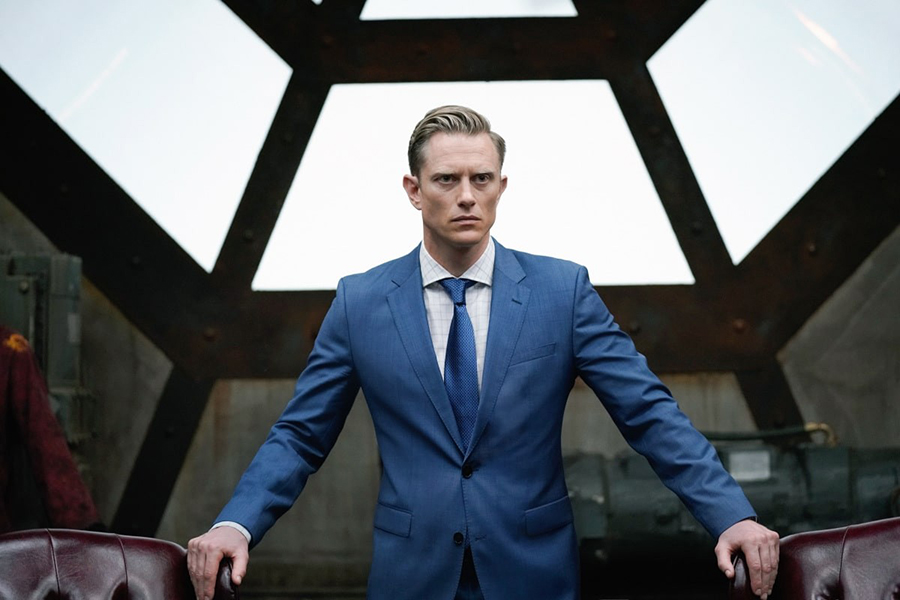 Icicle (and by extension, Icicle Jr.) was never really the big threat in the comics that he is here in the show. He wasn’t even a leader-type, but the team found a way to bring out some inner neo-Nazi within the character’s origin (IIRC, he wasn’t German, but rather Swedish or Norweigan, but I’m pretty sure he was speaking German with his parents) and have given him a dark purpose; the transformation of the United States into “The American Dream.” In a way, it kind of reminds me of what I mentioned in my Episode One recap about Springfield and COBRA; evil men trying to rule the world via people’s weakness.

In this case, that weakness is nostalgia and the longing for some bygone era. Blue Valley is very Pleasantville in a lot of ways, and this episode even has Barbara (Courtney’s mom) trying to save the local theater because of how important it was to her as a kid. I could easily jump into a civics and current politics conversation here, but I think it’s pretty easy to make that conclusion. The Injustice Society is trying to change the country into one of their (his?) liking from the inside. 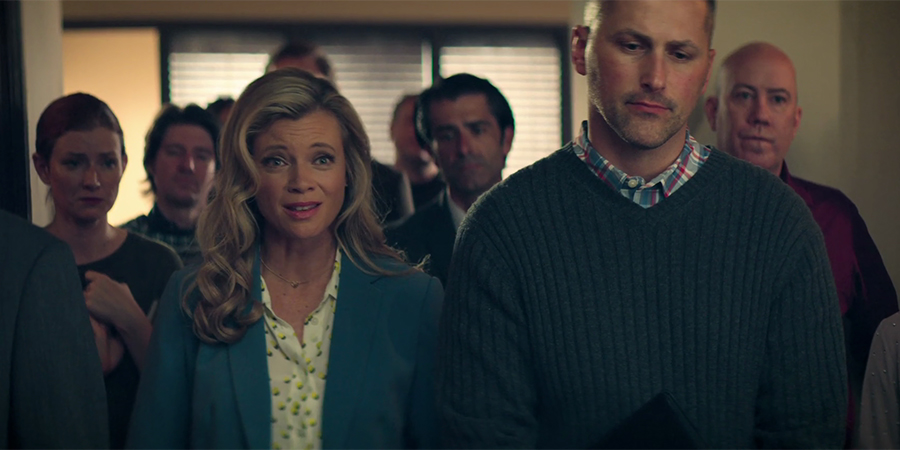 The Wizard is a senator (not sure if he’s US or state senator), Brainwave is a respected physician (and currently in a coma), the Gambler is a real estate developer (ish?) and Mahkent seems to be the money behind the muscle. This seems to be his plan, created at his dying wife’s bedside. It would be convenient to think that this is all just the machinations of a man who lost his love, but going back to his possible ties to a Fourth Reich, his family (including his wife) seem to all know what his grand plan is and encourage him to see it through. Icicle, it seems, has designs greater than those of the collective Injustice Society.

Now that my psychoanalysis is over, how about we talk about Courtney and Pat?

Courtney’s high school scenes come across as really cheesy. Like, Saved by the Bell cheesy with a dash of first season Power Rangers. It’s really painful to watch the students get ready for some talent show (which seemed to be such a big deal, they went off campus to do it?) and one of the kids, Joey, is practicing a magic trick. 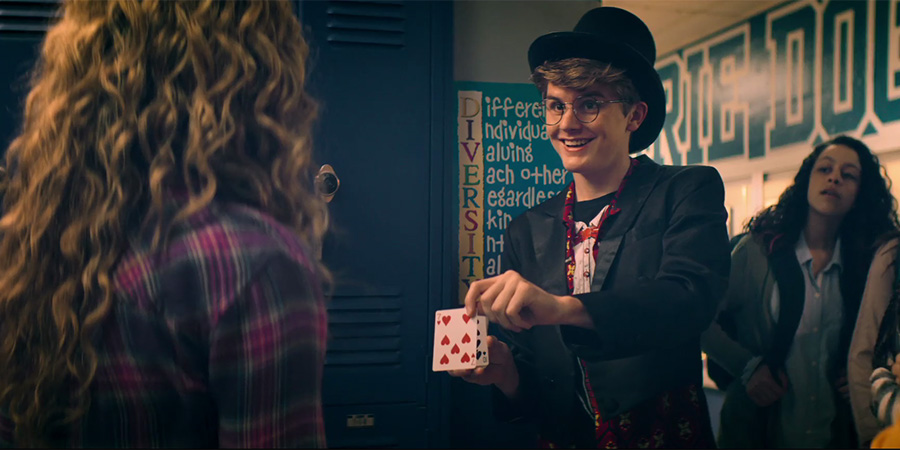 Surprise surprise, there are no coincidences in this show; Joey is the son of the Wizard. Joey doesn’t know this; when his dad performs a card trick, it just seems like his dad knows a few tricks and nothing more. However, with Jordan back in town, Zarick has been relieved of his ISA duties.

Icicle confronts Stargirl and S.T.R.I.P.E., and when it seems the duo is getting the better of him, he turns his attention to the school bus of Blue Valley High students returning from the talent show. 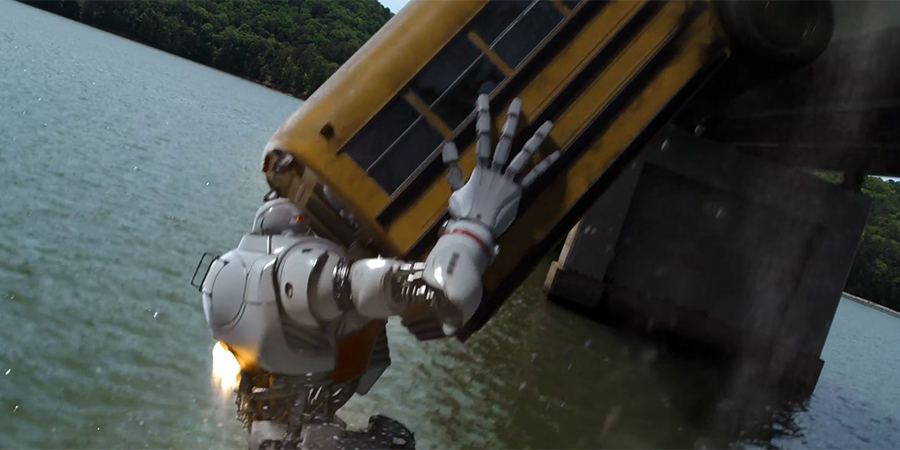 The heroes save the bus from going over the bridge, but then Icicle uses his powers to cause another accident on the bridge, killing Joey.

LIKE, WHAT? We just met the kid! He’s not going to be a legacy?

(Which reminds me that Brainwave’s son might have just discovered his mental abilities, but I digress.)

Joey’s death has a profound effect on Courtney and Pat and if this show were following conventions and tropes, this episode would have happened in Episode Six or Seven. 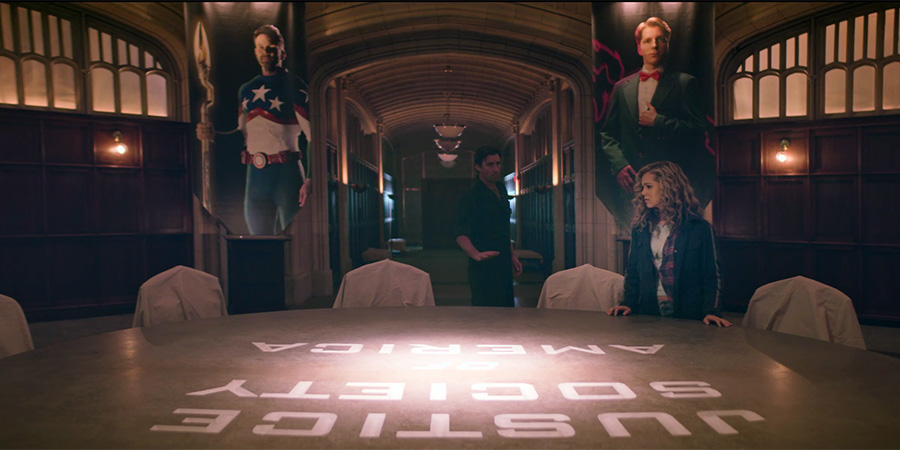 So, what’s interesting is the lesson Pat is trying to teach her (by visiting the JSA HQ, which, holy shit, this was so much better than it was on Smallville!) about how he lost all his friends in one night, and this kind of loss will not be a stranger to Courtney as she grows up FALLS ON DEAF EARS AND SHE STEALS THE JSA’S SWAG!

To recap, it’s a pretty standard “Afterschool Special” type of hour, but Courtney touched Johnny Thunder’s pink pen, and the Thunderbolt giggled, so no matter how cheesy it might have been, there was a body count (two, because Icicle also killed the Wizard?!? WHY???), and Dr. Mid-Nite’s owl was going ape-shit. You figure it out! 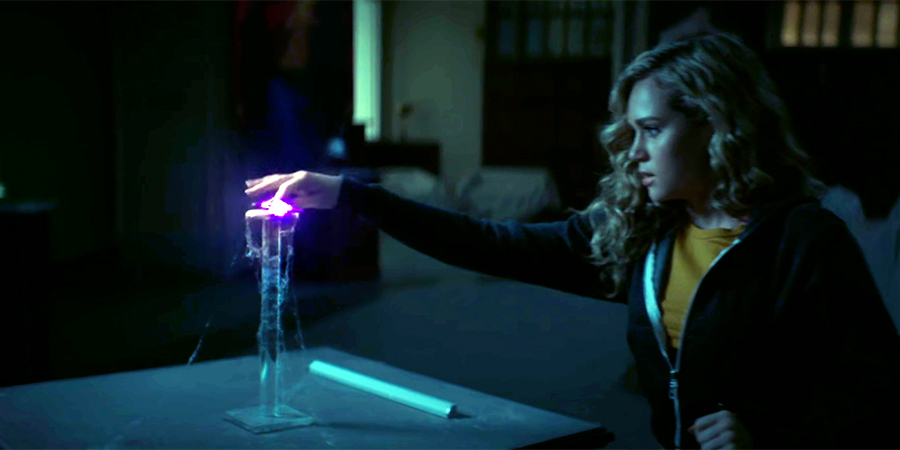 *It just struck me how much this show has in common with, and how much it owes, BUFFY THE VAMPIRE SLAYER. I’ll get into that more at a later date.