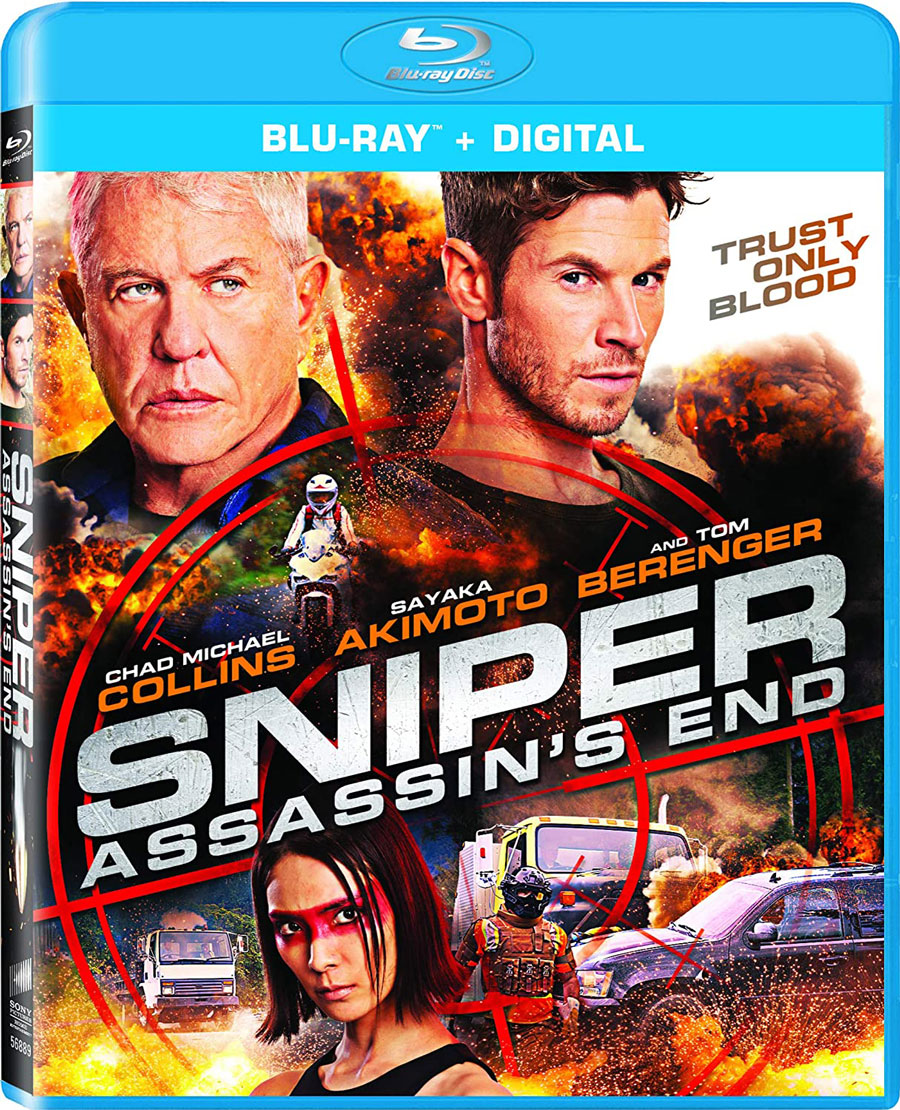 Special Ops sniper Brandon Beckett (Chad Michael Collins, Call of Duty: Modern Warfare) is set up as the primary suspect for the murder of a foreign dignitary on the eve of signing a high-profile trade agreement with the United States. Narrowly escaping death, Beckett realizes that there may be a dark operative working within the government, and partners with the only person whom he can trust: his father, legendary sniper Sgt. Thomas Beckett (Golden Globe-winner Tom Berenger). Both Becketts are on the run from the CIA, Russian mercenaries and Lady Death, a Yakuza-trained assassin (Japanese actress and singer Sayaka Akimoto in her Hollywood film debut) with sniper skills that rival both legendary sharpshooters.

And we’re giving away five sets of the Blu-ray and signed poster!

To enter, send an email with the subject header “SNIPER: ASSASSIN’S END” to geekcontest @ gmail dot com and answer the following question:

This is the third feature film from cartoonist/filmmaker Kaare Andrews.  What was his first?