Netflix and Hasbro, in partnership with Rooster Teeth, has released the final main trailer for Transformers: War for Cybertron Trilogy – Siege which premieres on July 30th.

The series raises the stakes of the Autobot and Decepticon war with Chapter One having six, twenty-two-minute episodes, complete with a new animation look and style that presents the Transformers bots like you’ve never seen them before. The Transformers: War for Cybertron Trilogy plunges us deep into events that live at the heart of this legendary franchise, with Siege shining a spotlight on a critical time frame in Transformers history on Cybertron.

Transformers: War for Cybertron Trilogy – Siege begins in the final hours of the devastating civil war between the Autobots and Decepticons. The war that has torn apart their home planet of Cybertron is at a tipping point. Two leaders, Optimus Prime and Megatron, both want to save their world and unify their people, but only on their own terms. In an attempt to end the conflict, Megatron is forced to consider using the Allspark, the source of all life and power on Cybertron, to “reformat” the Autobots, thus “unifying” Cybertron. Outnumbered, outgunned, and under siege, the battle-weary Autobots orchestrate a desperate series of counterstrikes on a mission that, if everything somehow goes right, will end with an unthinkable choice: kill their planet in order to save it.

Quibi has unveiled the first trailer for the upcoming “Film in Chapters” Die Hart starring Kevin Hart as a fictionalized version of himself as he heads to action school to become the next action star.

Inspired by the opening sequence from Hart’s 2016 concert film, Die Hart will follow Hart (Jumanji: The Next Level) as a meta version of himself who’s tired of always getting cast as a comedic sidekick. He gets his wish when a famous director offers him his dream – to be a leading man action star – but there’s a catch: Kevin must first train at the world’s greatest action star school, run by a lunatic (John Travolta). Pushed to his limits by this action school coach and a tough-minded rival student, Kevin must survive a series of hilarious, over-the-top action sequences and face his fears if he wants to achieve his dream and land the role of a lifetime.

Alongside Hart, the cast for the action comedy includes John Travolta (In a Valley of Violence), Nathalie Emmanuel (Game of Thrones), Jean Reno (Da 5 Bloods) and Josh Hartnett (Inherit the Viper).

Die Hart is set to premiere on Quibi on July 20, with new chapters premiering every weekday leading up to its series finale on July 29.

Stargirl Renewed For Season Two On The CW, Cancelled on DC Universe 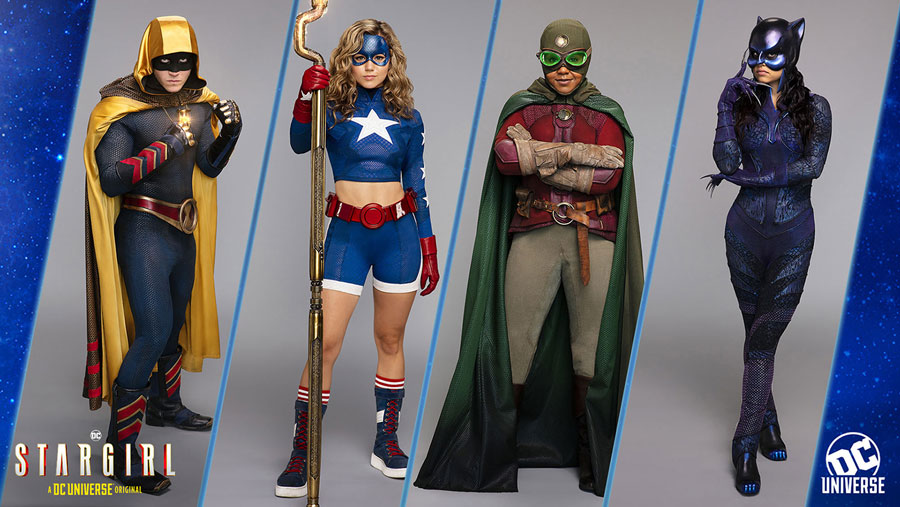 The CW has decided to renew Geoff John’s latest DC superhero series, Stargirl ,for a second season. The Brec Bassinger-led series will also officially be moving from DC Universe to the Arrowverse network. However, the series will still be available for streaming online with the first 13-episode season set to arrive on HBO Max after it wraps on August 10, 2020. The latest episode titled “Shiv Part Two,” is already streaming on DC Universe and is set to premiere tomorrow on The CW.

Stargirl follows the story of Courtney Whitmore (Bassinger) who is a smart, athletic and above all else kind girl. This high school teenager’s seemingly perfect life hits a major speedbump when her mother gets married and her new family moves from Los Angeles, California to Blue Valley, Nebraska. Struggling to adapt to a new school, make new friends and deal with a new step-family, Courtney discovers her step-father has a secret; he used to be the sidekick to a superhero. “Borrowing” the long-lost hero’s cosmic staff, Courtney becomes the unlikely inspiration for an entirely new generation of superheroes.

Set to launch on Wednesday, July 15, Audible and DC has released the official trailer for their upcoming audiobook adaptation of Neil Gaiman’s popular graphic novel series The Sandman, giving us a snippet of James McAvoy as he lends his voice to the titular immortal king of dreams.

Adapted and directed by Dirk Maggs, The Sandman audio adaptation will star James McAvoy as The Sandman/Lord Morpheus, Riz Ahmed as the Corinthian, Kat Dennings as Death, Taron Egerton as John Constantine, Neil Gaiman as The Narrator, Samantha Morton as Urania Blackwell, Bebe Neuwirth as the Siamese Cat, Andy Serkis as Matthew the Raven, Michael Sheen as Lucifer, along with many more voice performers.

When The Sandman, also known as Lord Morpheus—the immortal king of dreams, stories, and the imagination—is pulled from his realm and imprisoned on Earth by a nefarious cult, he languishes for decades before finally escaping. Once free, he must retrieve the three “tools” that will restore his power and help him to rebuild his dominion, which has deteriorated in his absence. As the multi-threaded story unspools, The Sandman descends into Hell to confront Lucifer (Michael Sheen), chases rogue nightmares who have escaped his realm, and crosses paths with an array of characters from DC comic books, ancient myths, and real-world history, including Inmates of Gotham City’s Arkham Asylum, Doctor Destiny, the muse Calliope, the three Fates, William Shakespeare (Arthur Darvill), and many more.

This first installment of the audio series The Sandman adapts volumes 1-3 of the graphic novel series (Preludes & Nocturnes, The Doll’s House, and Dream Country).