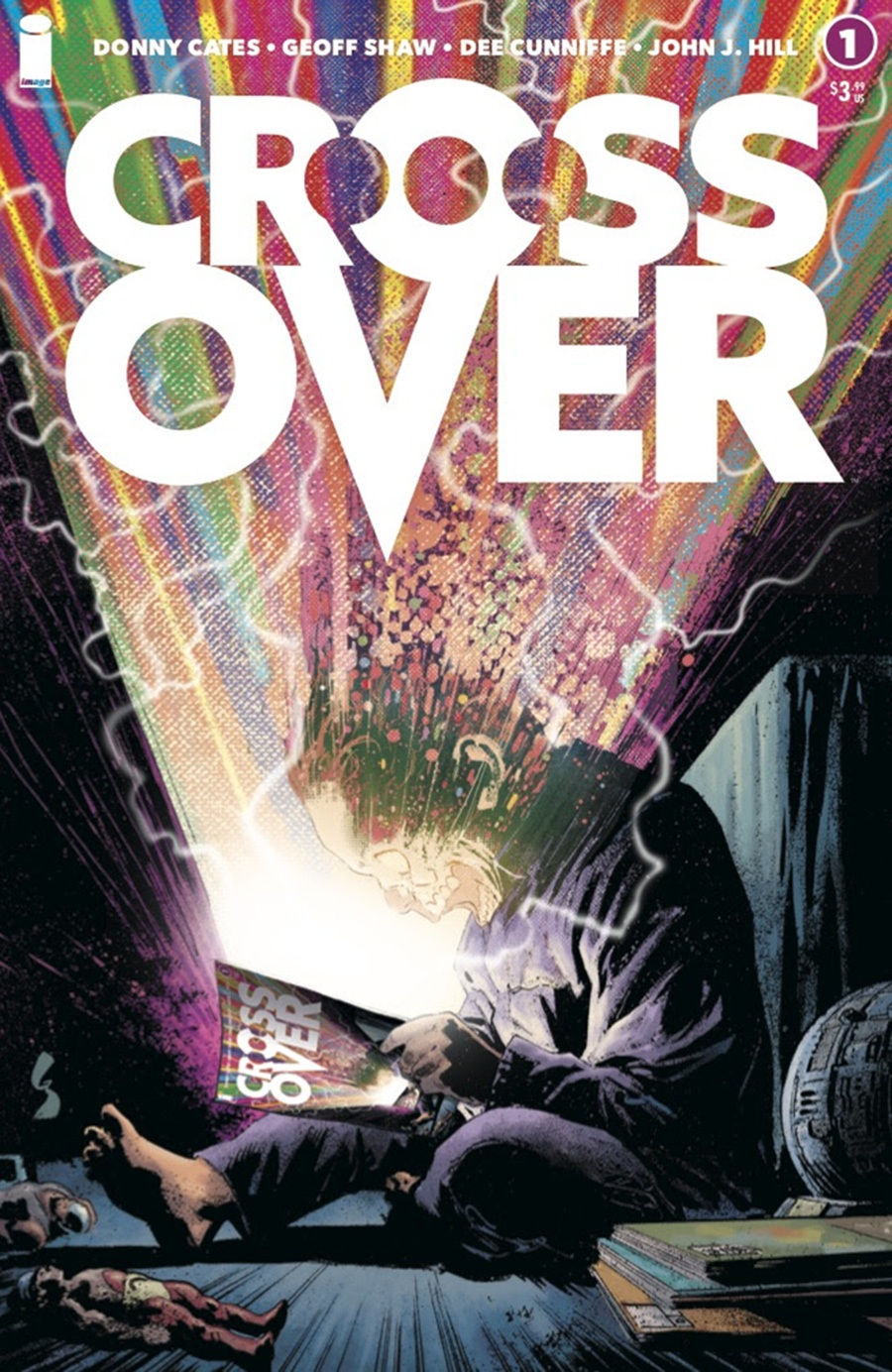 What if a mega comic book crossover event between different publishers became so huge that a portal opened in the sky, causing that event to collapse into the real world? That is the question Donny Cates (Venom, Thor) asked during the Image Comics Spotlight Panel at [email protected] this past week.

The creative team of God Country reunites for a massive new series Crossover. Writer Cates was joined on the panel by artist Geoff Shaw, colorist Dee Cunniffe, and letterer John J. Hill. If that’s not good enough, Mark Waid, who Cates jokingly referred to as a “young upstart,” has signed on as the story editor.

“The scariest goddamned book I have ever attempted to produce in my life, and that is why it is the most exciting thing I’ve ever done,” stated Cates. More specifically, the excited Cates described Crossover as Avengers: Endgame meets Cloverfield while adding that the book makes a lot of promises.

Crossover will take a page from The Walking Dead as capes, cowls, superheroes, and supervillains will serve as the backdrop. The story is told through everyday people’s lens as they struggle with the reality that fiction is dead. At the heart of it all lies a quest involving a comic book shop employee and what Cates described as “misfit characters” looking to find the ground zero of events. Cates likened it to Dark Tower and Lord of the Rings.

While Cates also called his newest project an anti-anti-crossover event, he was quick to mention this is not a slight at events produced by the big two publishers. Crossover is an ongoing series that is large in scope as Cates pulls from his experience of writing event comics for Marvel (Absolute Carnage).

Dee Cunniffe discussed how his coloring must match the output of the creative team. “Doing something that has never been done before” instead of doing the same old thing in superhero comics.

Geoff Shaw cited, “Human stories are the best stories” and believes his artwork will match the narrative in that sentiment.

As a former comic book retailer himself, Cates gave a heads up regarding the significance of the sixth issue. “It will be something special,” he said while promoting the importance of the inaugural issue. The panel ended with the question if any characters from Image books will appear in the series. In a coy manner, Cates replied, “The book’s called Crossover for a reason.” 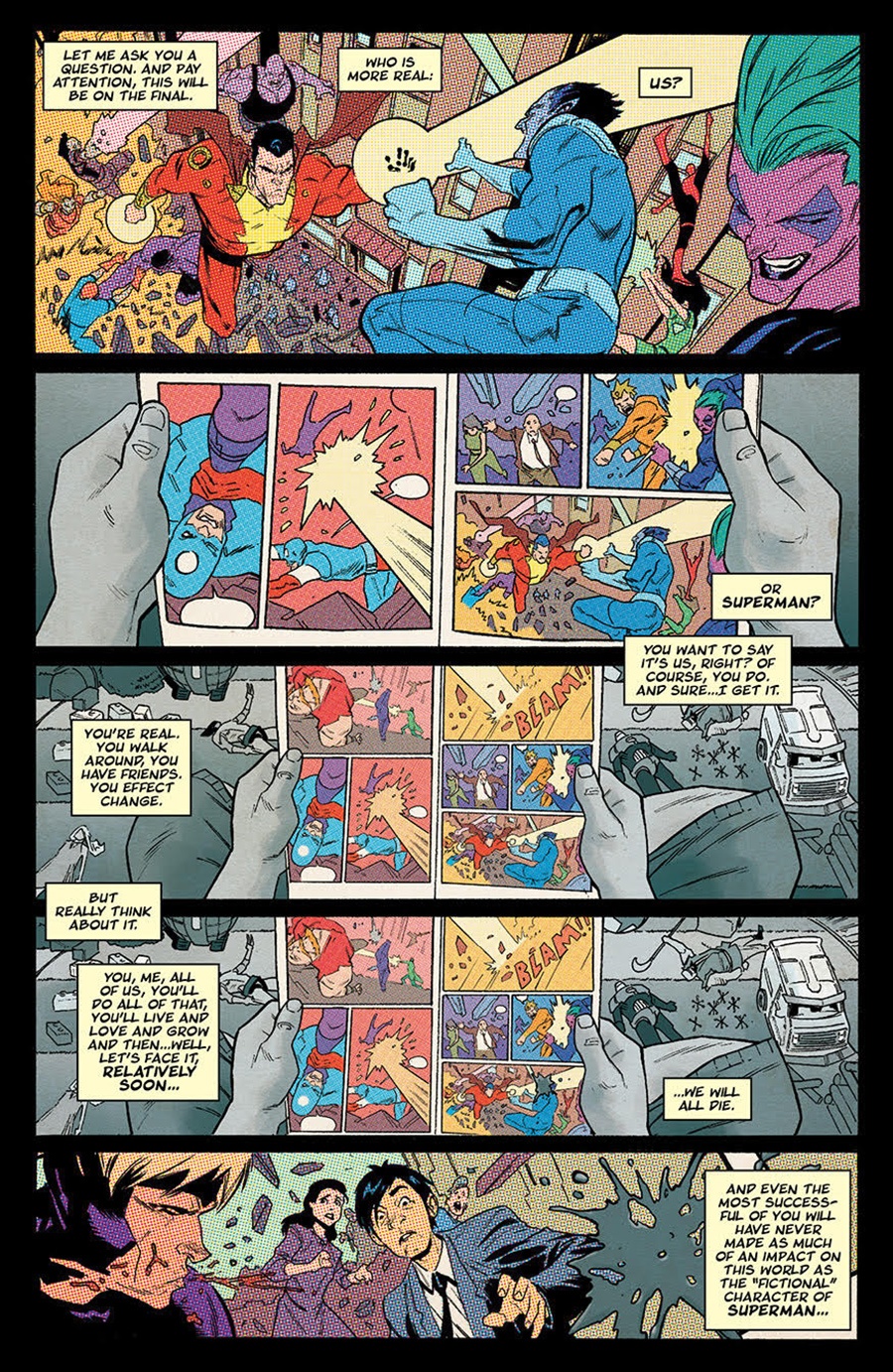 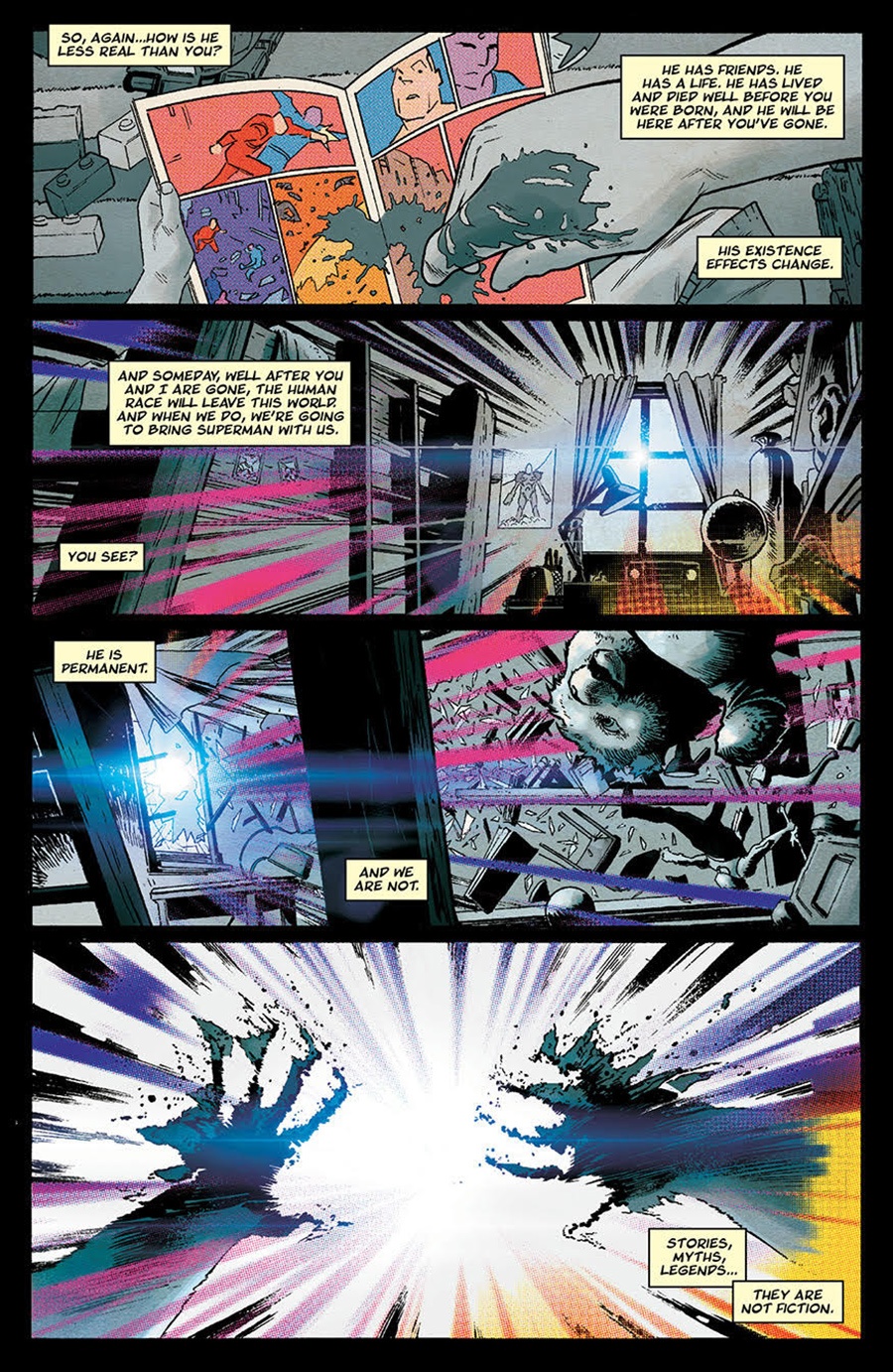 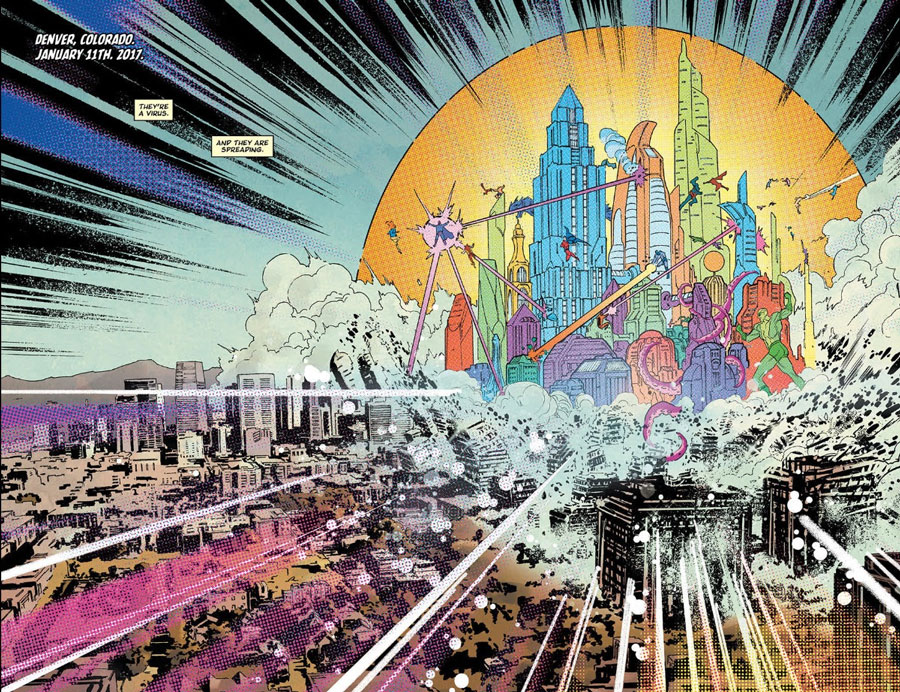 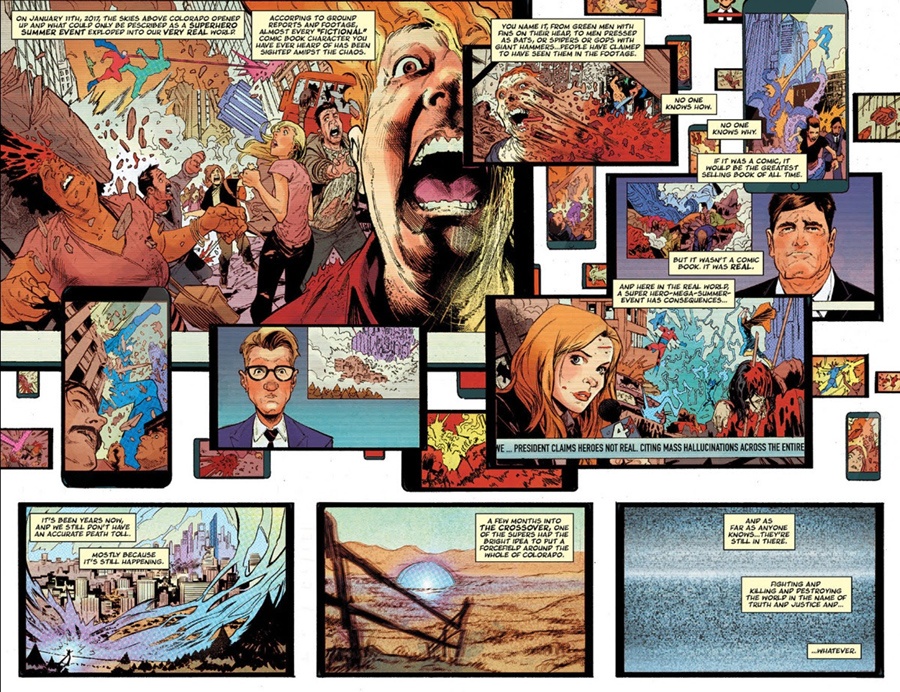 Crossover #1 hits comic book shops and via digital in November 2020.