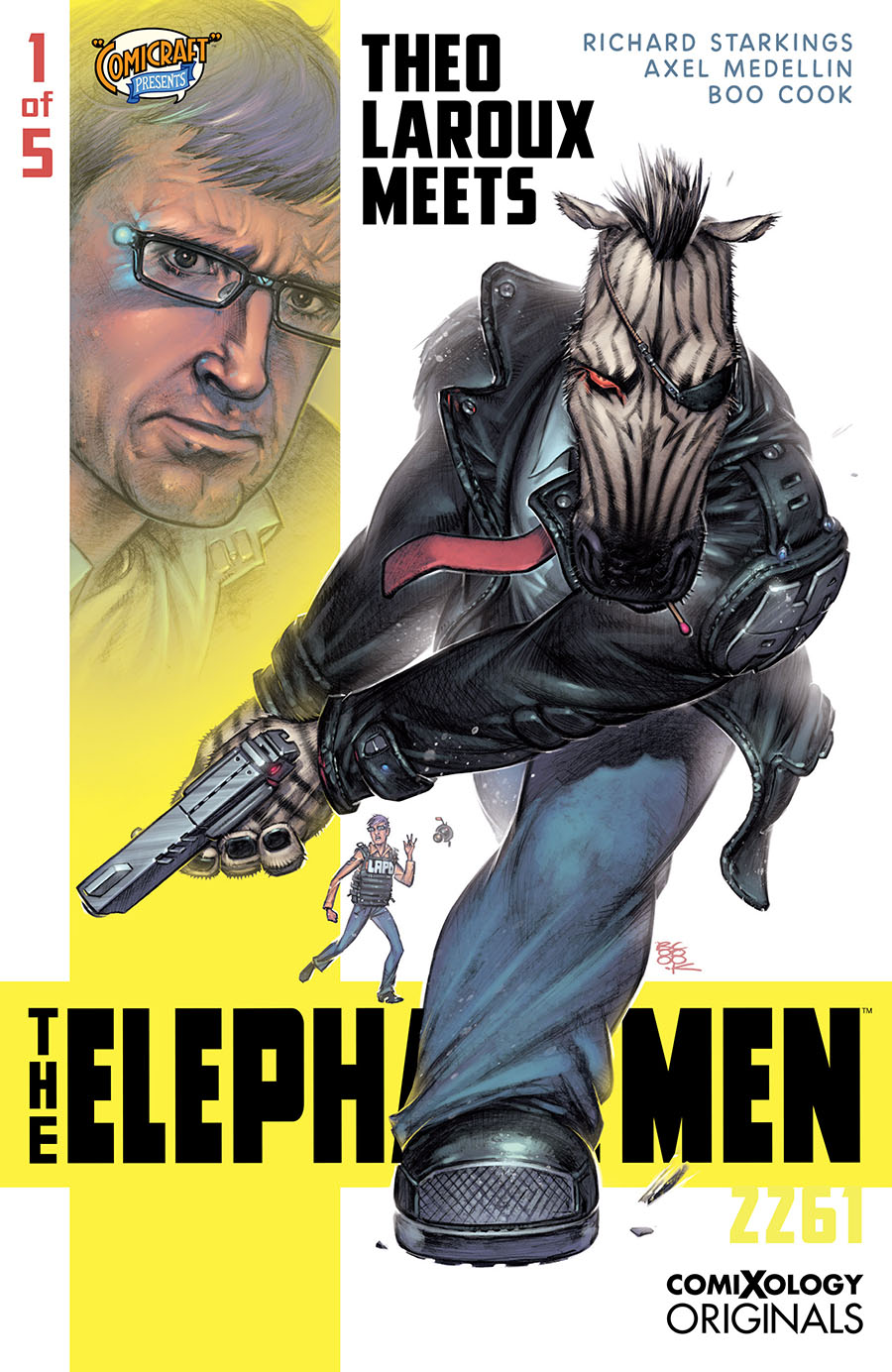 Are you ready for the Elephantmen documentary? It’s coming your way—in Season 3 of the acclaimed comic book series written by Richard Starkings, with art by Axel Medellin, featuring covers by Boo Cook. Available from comiXology Originals, Elephantmen 2261 Season 3: Theo Laroux Meets The Elephantmen debuts on July 7, 2020.

In Elephantmen 2261 Season 3: Theo Laroux Meets The Elephantmen, British documentarian, Theo Laroux is making a documentary about the Elephantmen. Laroux arrives in California to begin interviews. He seeks out SKYCAB driver Miki in an effort to understand her apparent infatuation with one of the more well-known Elephantmen, Hip Flask and asks for her help in making the introduction to his first subject: LAPD Lieutenant Trench. Trench is a no nonsense, one-eyed zebra/human hybrid who takes him on a ridealong on the darker side of Los Angeles, 2261. But has Laroux unwittingly stumbled upon another story with much broader implications for all the Elephantmen? 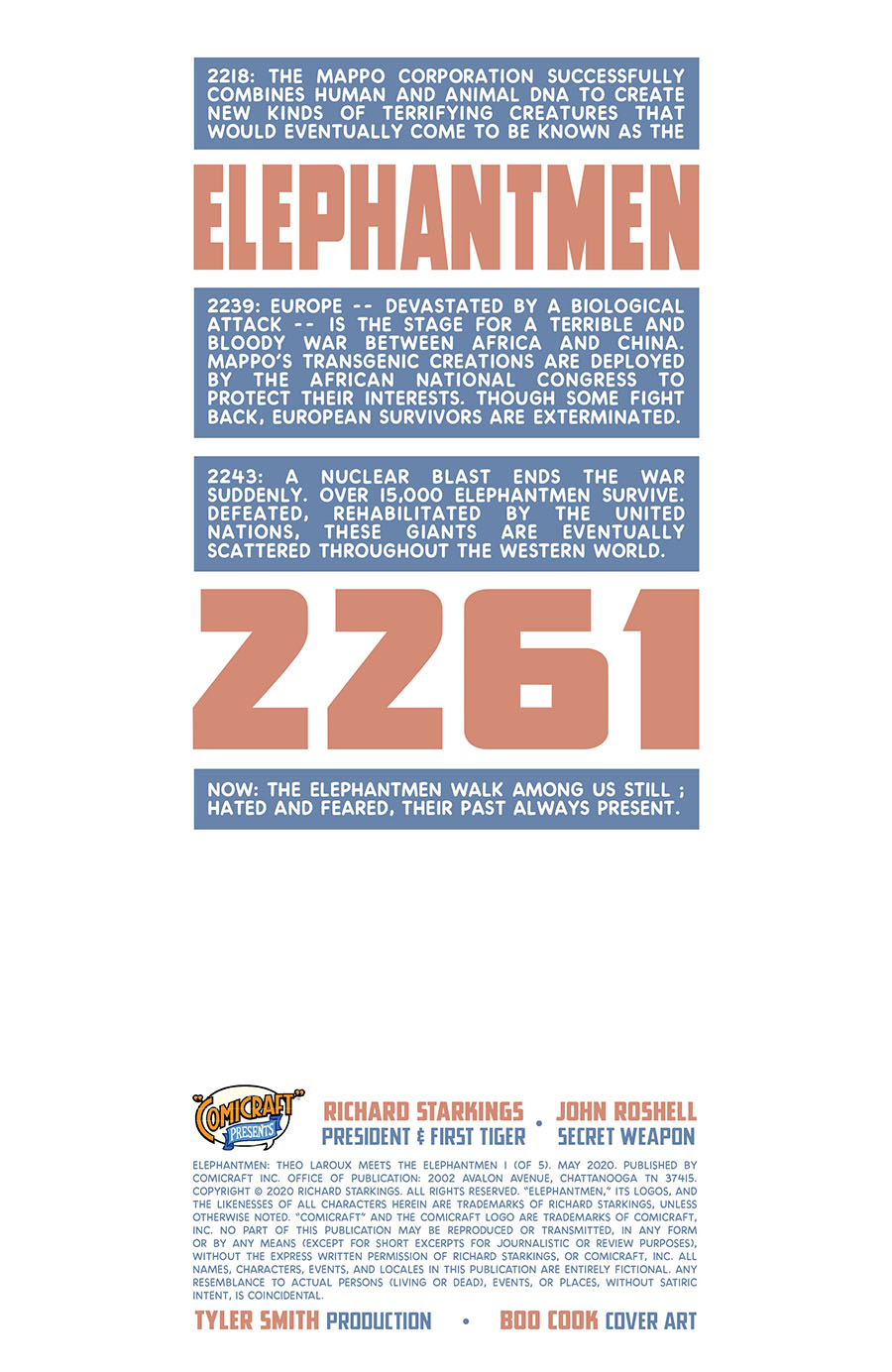 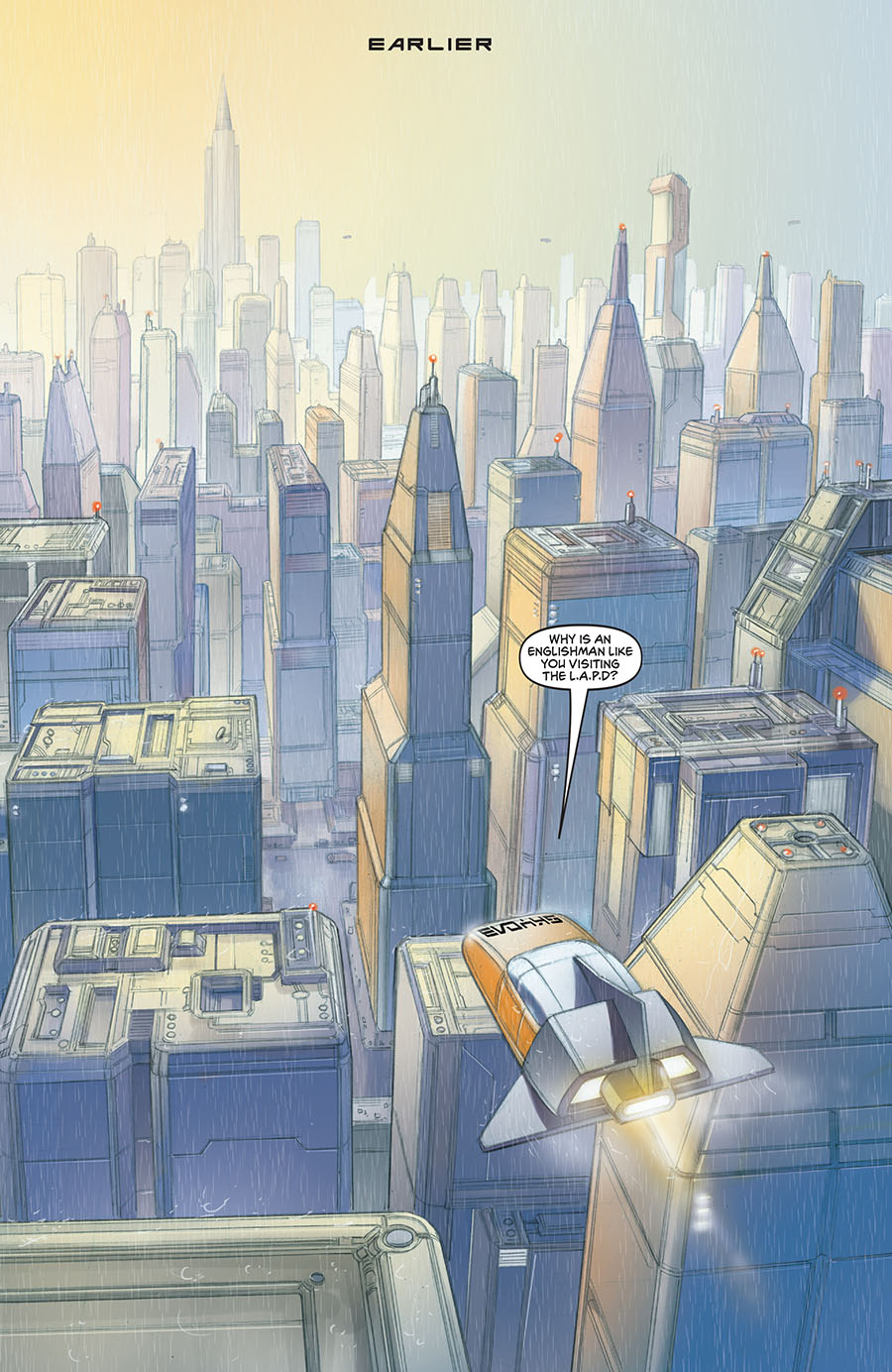 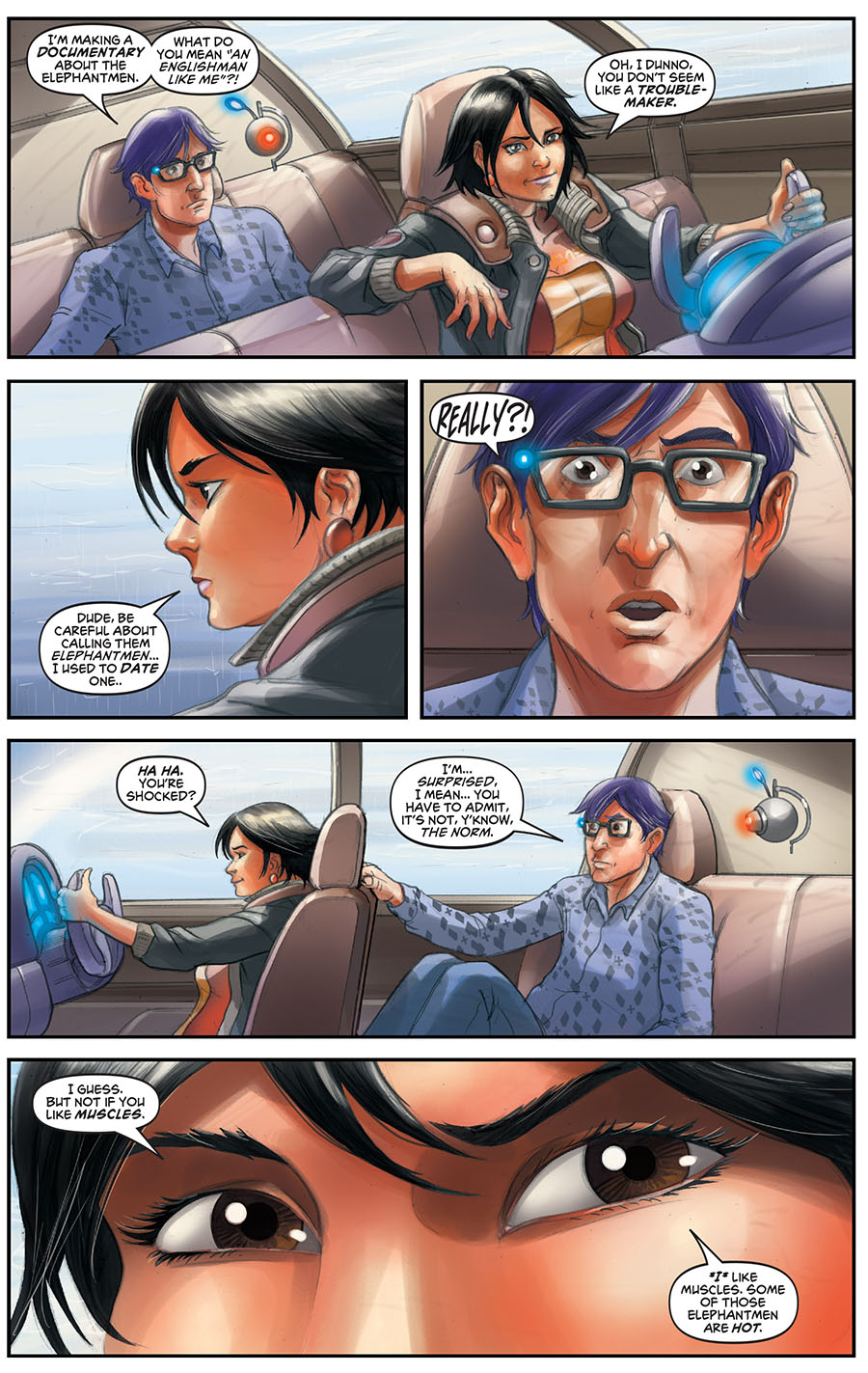 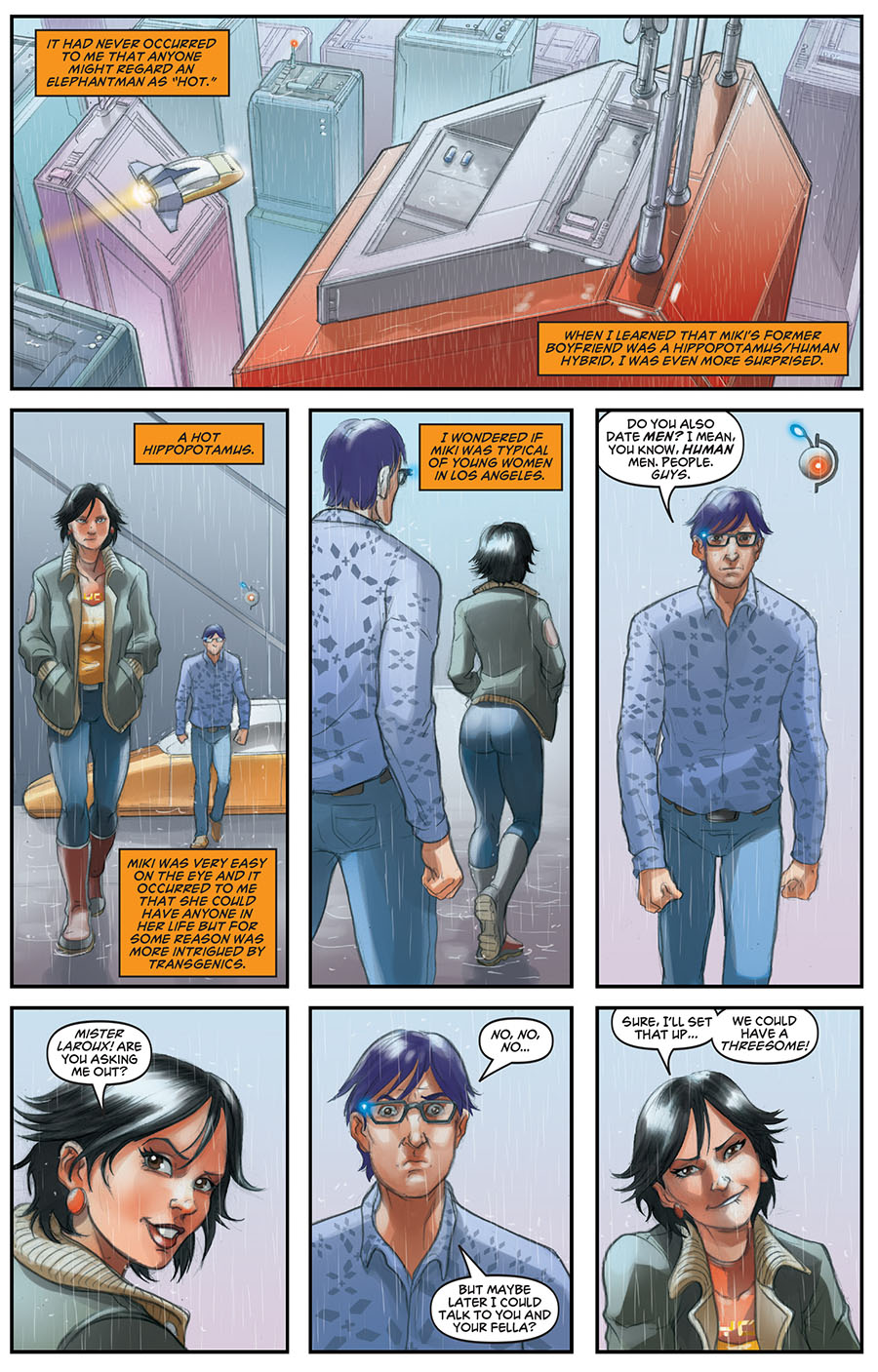 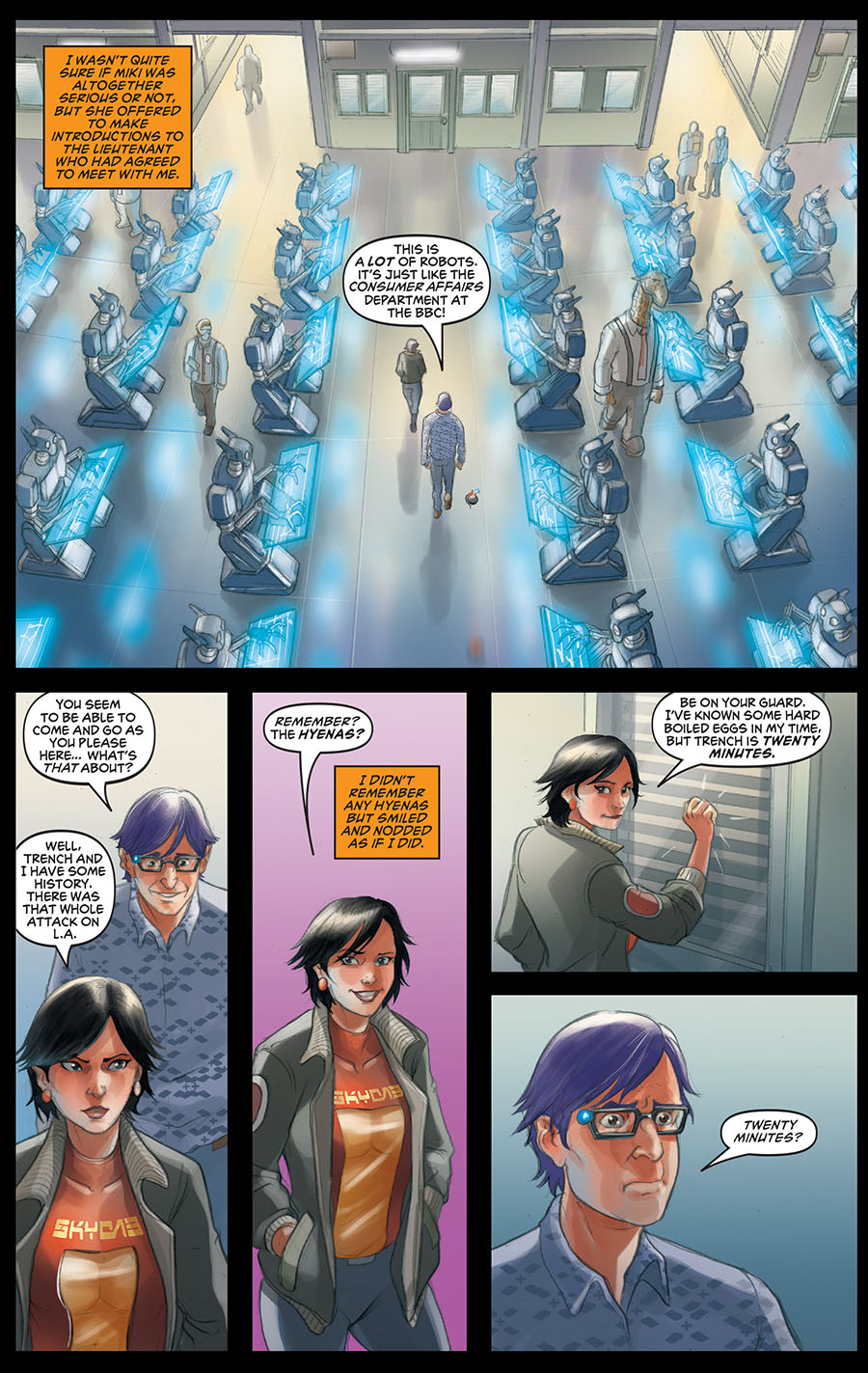 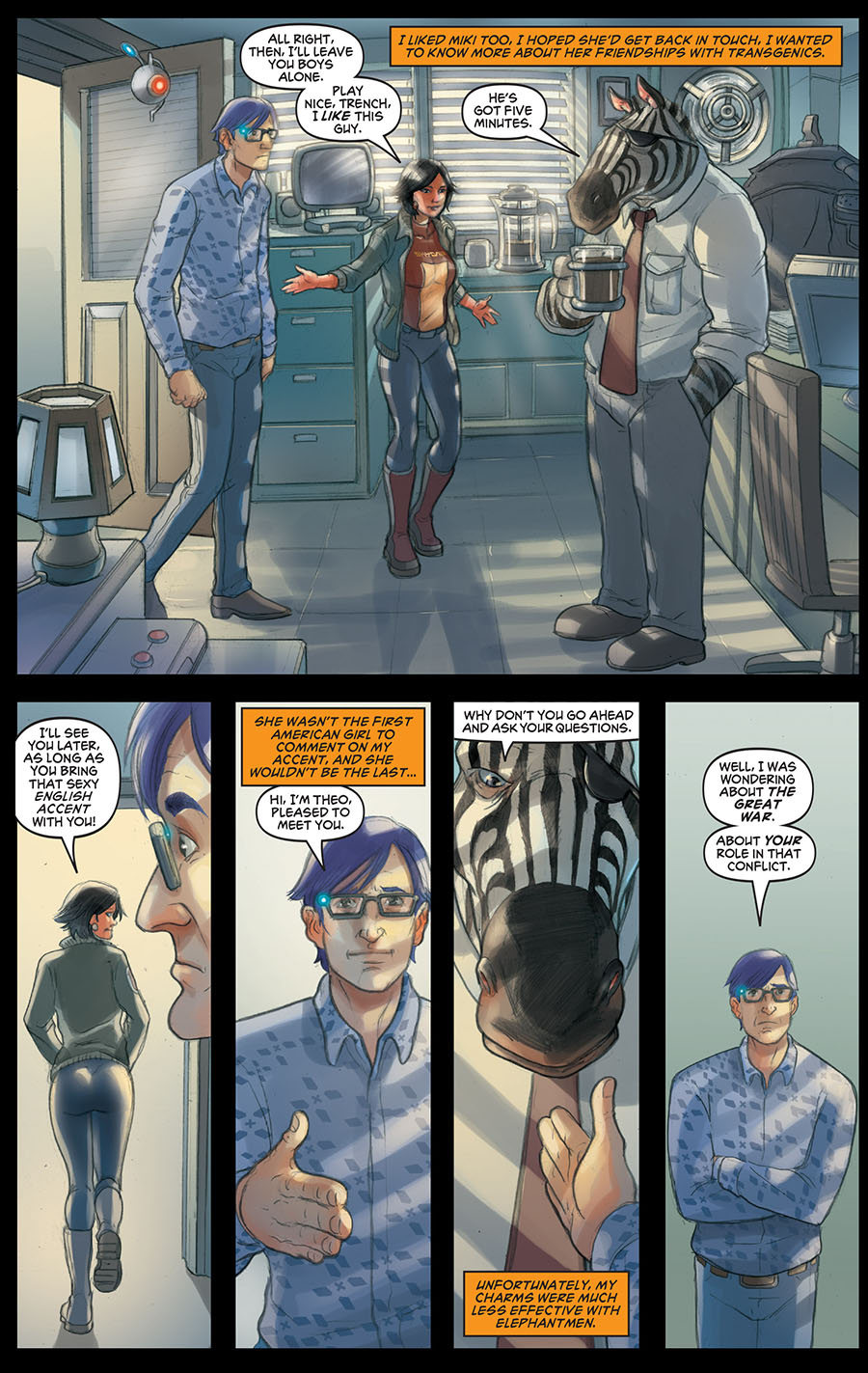 Creator Richard Starkings originally developed the hippopotamus-human hybrid known as Hip Flask as a mascot for his revolutionary comic book font and lettering company Comicraft. Elephantmen are human/animal hybrids designed to fight a war between Africa and China after a strange virus wipes out most of the population of Europe. But that war is now over, and now the Elephantmen live among us. Debuting more than 20 years ago from Comicraft and now with over 100 issues (counting all the Hip Flask issues Starkings self-published and the various Elephantmen one shots and miniseries) including the recently released whodunnit? Elephantmen 2261 Season 1: The Death of Shorty and the heist adventure Elephantmen 2261 Season 2: The Pentalion Job as part of the comiXology Originals line of exclusive digital content.