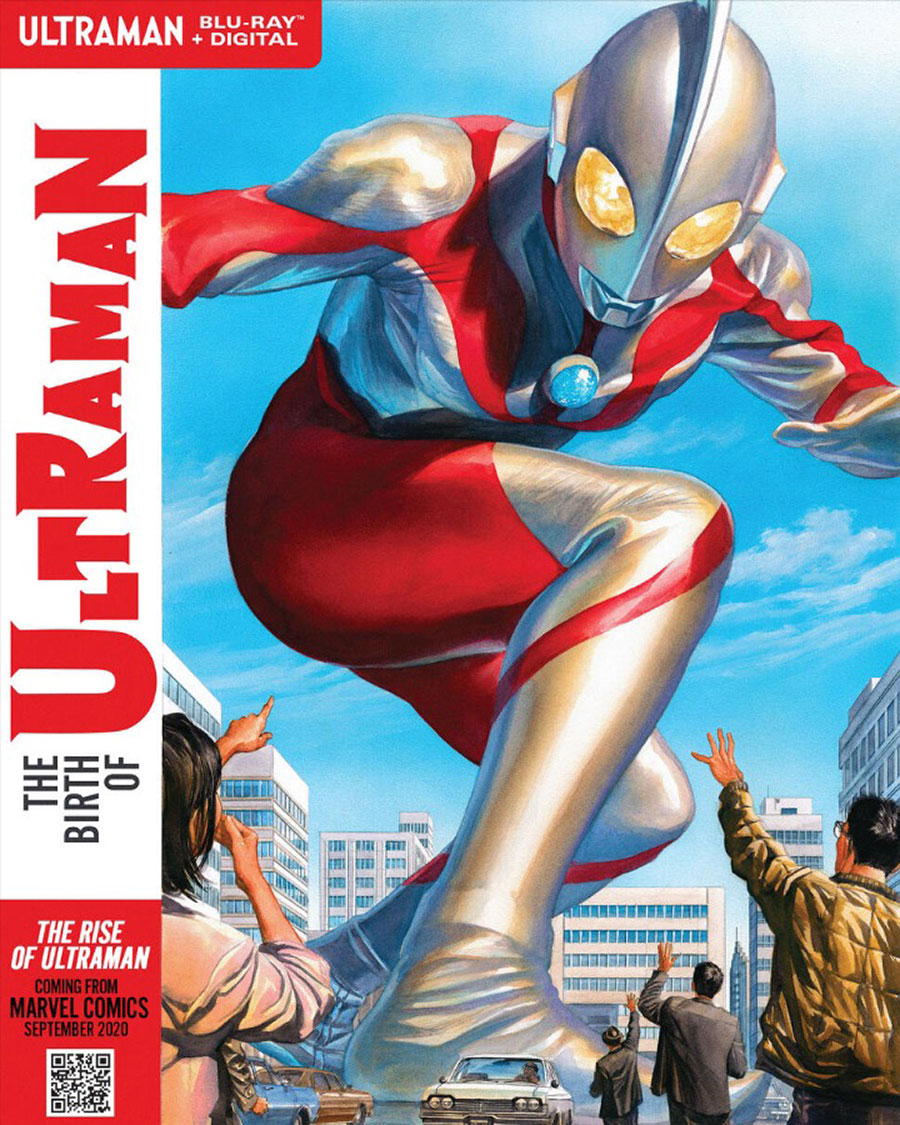 Mill Creek Entertainment is pleased to announce, “The Birth of Ultraman Collection”, a Blu-ray set containing some of the best episodes of the original ULTRAMAN series with both the original Japanese language and the classic English dub audio tracks plus THE BIRTH OF ULTRAMAN – ULTRAMAN Pre-Premiere Special, the very first appearance of the hero that would become famous across the world as Ultraman.

This exclusive Blu-ray release also features art created by Alex Ross which is also featured on THE RISE OF ULTRAMAN cover for Marvel Comics and Tsuburaya Production’s recent collaboration with the debut issue releasing September 2020.

This exciting, special-edition comes off the back of Mill Creek Entertainment’s license of the entire available Ultraman back-catalog via international distribution company Indigo Entertainment, from the revolutionary team at Tsuburaya Productions Co., Ltd. 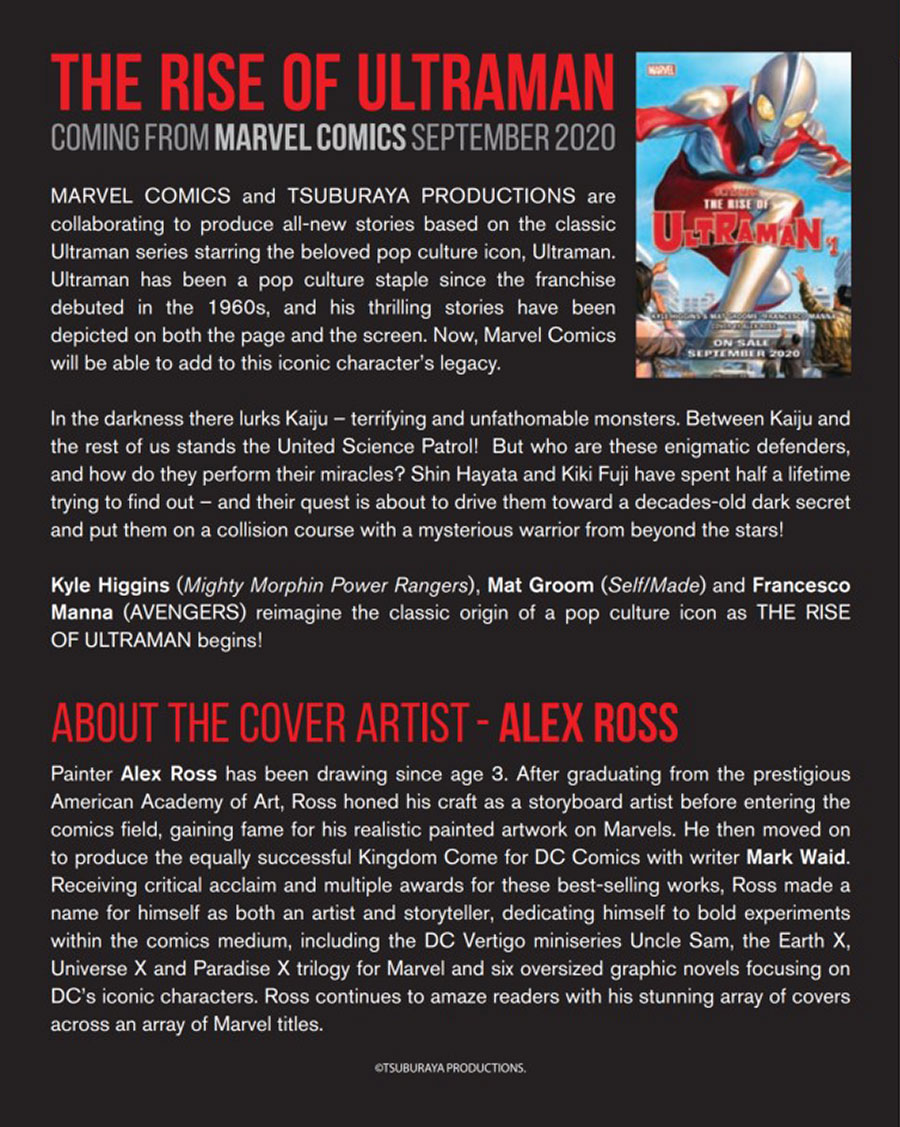 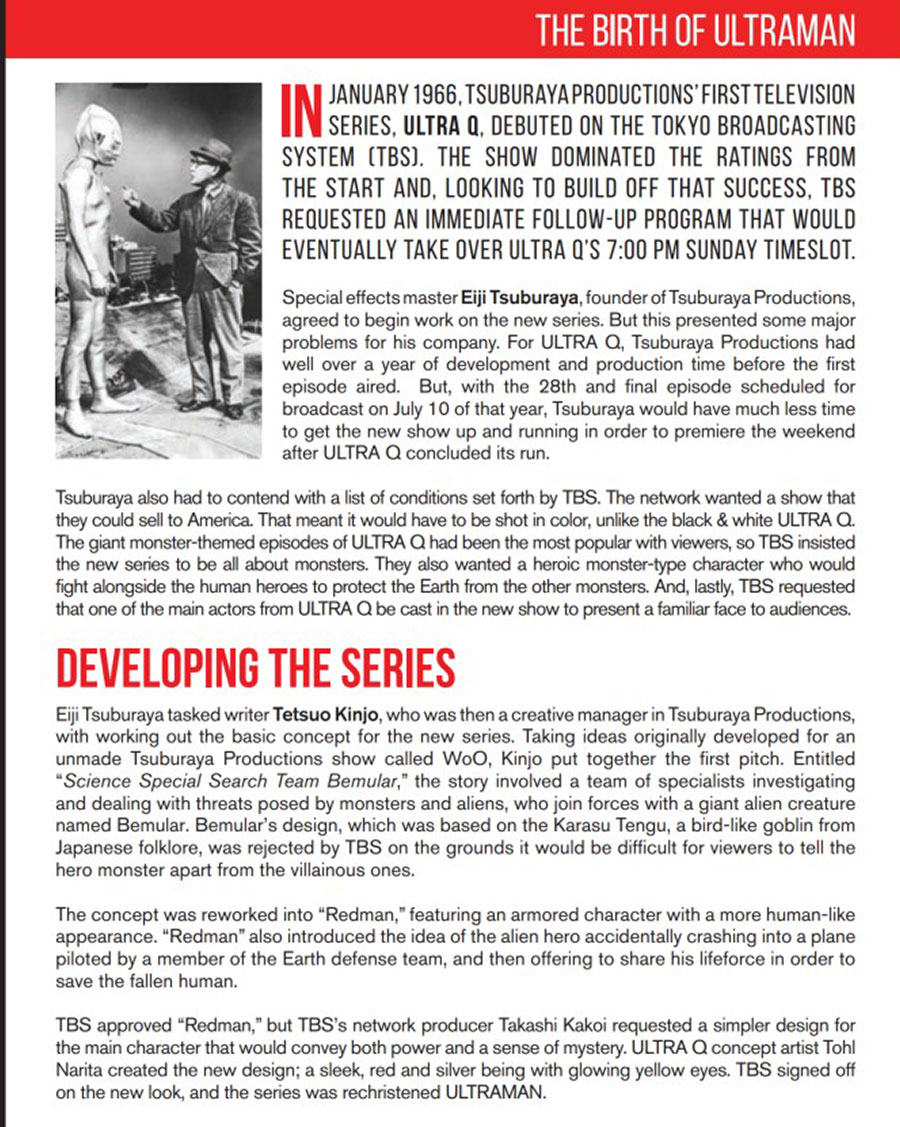 Mill Creek Entertainment now brings a selection of ULTRAMAN episodes in high definition video with DTS-HD Master Audio of the original Japanese soundtrack plus the uncut United Artists English dubs. Each episode will also come with two English subtitle options; one for the Japanese audio and a second matching the English audio track. “The Birth of Ultraman Collection” will include the following episodes…

Also included is THE BIRTH OF ULTRAMAN – ULTRAMAN Pre-Premiere Special. Airing in Japan on July 10, 1966, one week before the series premiere, this stage show was filmed before a live studio audience and introduced viewers to the story, cast and characters of ULTRAMAN. This July 10 debut of ULTRAMAN on television is now celebrated annually and known throughout the world as “Ultraman Day.” Never before released in America, this special is presented in black & white (as originally broadcast) in standard definition with Japanese audio and English subtitles.

ULTRAMAN premiered on Japanese television on July 17, 1966 and was an immediate ratings smash. While the series was still in production, the North American rights were licensed to United Artists, who in-turn commissioned voice director Peter Fernandez (Speed Racer) to supervise the English dubbing of the show. The English language version was syndicated to American television in 1967 and went on to air in various markets across the country into the early 1980s.

“The Birth of Ultraman Collection” Blu-ray will be exclusively sold on DeepDiscount as part of the launch of a dedicated Ultraman storefront that will offer up all of Mill Creek Entertainment’s current Blu-ray/SteelBook releases in addition to other Ultraman related merchandise and product.  Available July 10, 2020, the set retails for $25.99.  Pre-order today: https://bit.ly/DDUltraman