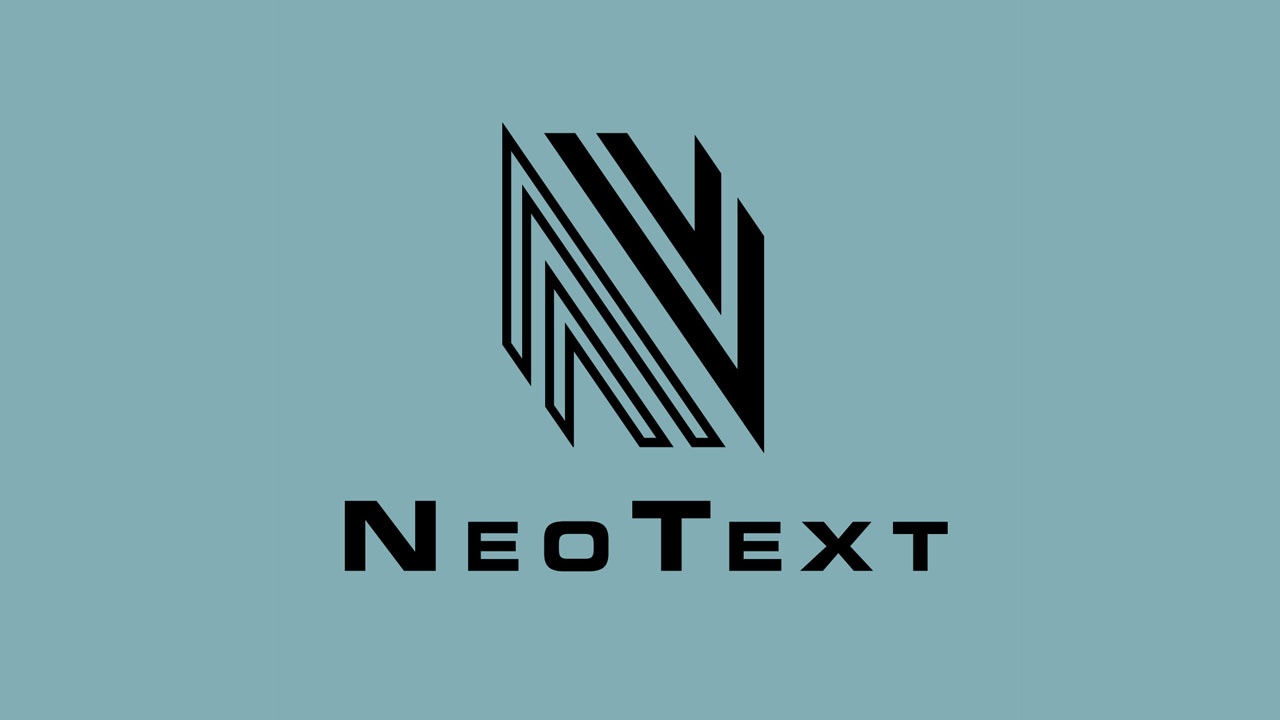 Started by Addictive Picture’s Russell Ackerman and John Schoenfelder and their frequent collaborator producer Jay Schuminsky, NeoText marks a new engagement with the publishing world for Schoenfelder, who previously played a role in the creation of Mulholland Books before forming Addictive Pictures with Ackerman in 2013, which they will continue to oversee together. NeoText has also tapped Eric Raab, video game narrative development veteran and former senior editor at Tor Books, as the Chief Creative Officer, while Edgar Award nominated crime fiction author and editor Allan Guthrie has been named Editorial Director. NeoText has also brought Nicholas Mennuti, a prolific author and a former Narrative Consultant for NATO, on as Director of Narrative.

“We grew up with genre as a way of life,” said Schoenfelder. “There was a time when countless science fiction, noir, and true crime short stories and magazine articles were published with explosive painted art or dramatic photography by the world’s best visual artists—and those stories were widely available at speciality bookstores, newsstands, drug stores and grocery stores that people passed by everyday. NeoText is designed to continue that experience for the current era, by electronically publishing short, fast fiction driven by big ideas or larger than life real stories, often accompanied by powerful illustrations and images.” 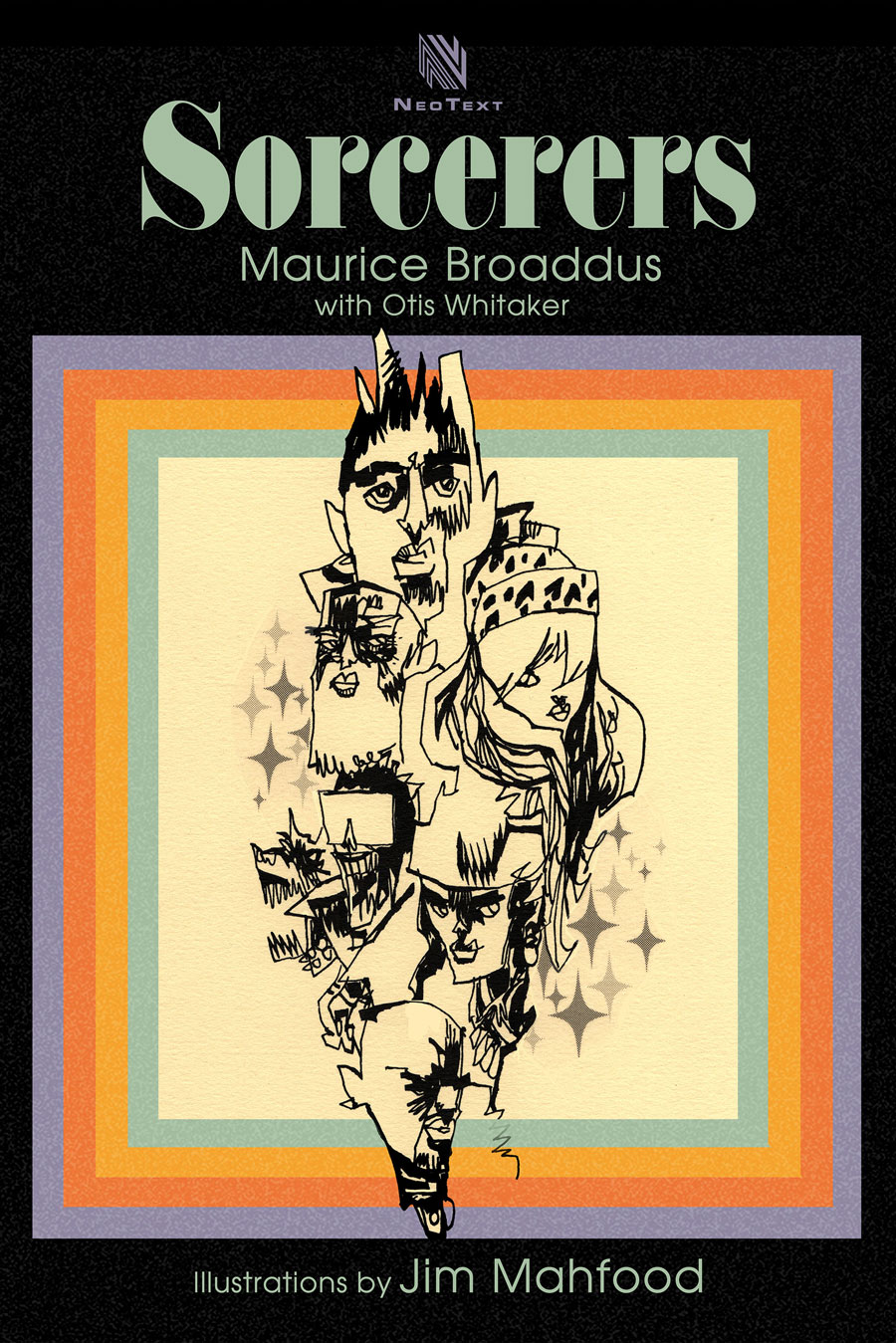 Acclaimed sci fi writer and activist Maurice Broaddus (Buffalo Soldier), co-writer Otis Whitaker and internationally renowned illustrator Jim Mahfood have created an urban fantasy novella in which a 30-year-old man comes of age — and comes into his own as a hip hop inspired sorcerer.

At thirty, Malik Hutchens is the black sheep of one of the most successful families in Harlem. While his cousins strive to better the family, he couch-surfs with relatives, parties with his girlfriend, and ghostwrites rhymes for local rappers for a few bucks to finance his lifestyle. When cocky Malik sells two warring rappers the same verse, he paints an unmistakable target on his own back.

And then his beloved grandfather dies. On his deathbed, Pop-Pop tells Malik that he is a sorcerer —and that now it’s Malik’s turn to step up and take his place as wielder and guardian of an ancient magic passed down through generations. Malik is thrown headlong into a quest that winds through the mysteries underlying the streets of Harlem, to the rural South, and places much farther beyond, places that he’s only visited in dreams… Now Malik must grow to be both a sorcerer and a man, or face death and fail his family, his people, and the world. 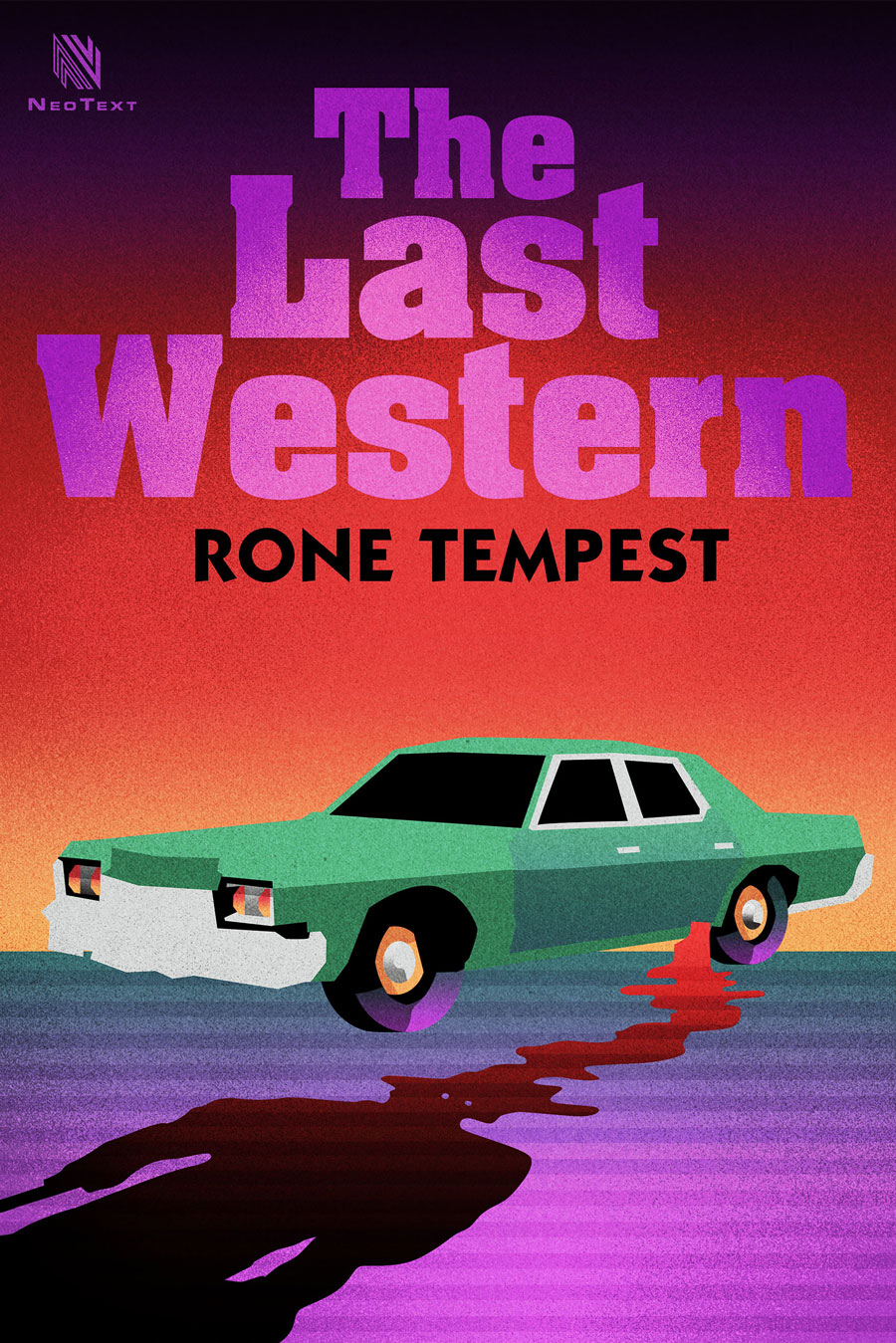 Award-winning journalist and investigative reporter Rone Tempest presents the gripping true crime story of a Puerto Rico-born undercover officer gunned down by a white Wyoming lawman in 1978 — and the notorious frontier trial that followed.

“THE LAST WESTERN is quick moving, deeply sourced, and a page-turning snapshot of an event that rocked the state and still lingers – for better or worse.”

Of all the possible explanations for why lawman Ed Cantrell shot and killed his deputy Michael Rosa in the parking lot of the Silver Dollar saloon, the least likely was the one that prevailed at trial—that a deranged Rosa went for his gun and Cantrell outdrew him in self-defense. In his powerful and compelling reconstruction of the infamous 1978 killing in boomtown Rock Springs, Wyoming, award-winning journalist Rone Tempest tracks the parallel lives of Cantrell, an Indiana schoolboy who fashioned himself into a 19th-century Western gunfighter on the right side of the law, and Rosa, a Puerto Rico-born and West Harlem-raised decorated U.S. Marine who worked under Cantrell as an undercover narc. For a time, Tempest writes, the two were an efficient team: Cantrell, the steely-eyed Wild West throwback and Rosa, the street-savvy New Yorker with an impressive flair. But then came a falling-out. Tensions and paranoia built to a breaking point until a midnight meeting in a saloon parking lot where Cantrell, with two other cops beside him, drew his Model 10 .357 and shot Rosa between the eyes, killing him instantly as he sat in the backseat of an unmarked police car. Unearthing previously unseen investigators’ notes, military records, personnel files, census records, college transcripts and even airplane manifests, Tempest skillfully demonstrates the true aim and cost of the raucous murder trial that followed the killing.

A mysterious change has occurred in humanity. Nobody knows how, why or exactly when this change came about, but disparate, seemingly unconnected people have become afflicted with the uncontrollable desire to take objects and move them to other places, where the objects gather and begin to form increasingly alien, monolithic structures that appear to have vast technological implications. Some of the objects are innocuous everyday things—like a butter knife taken still greasy from a breakfast table or a dented cap popped off a bottle of beer. Others are far more complex—like the turbine of an experimental jet engine or the core of a mysterious weapon left over from the darkest days of WWII.

Where is the Compulsion coming from? And— more importantly—when the machines they’re building finally turn on, what are they going to do?

“With NeoText, I’ve found a kindred spirit and a fearless companion in a unique experiment in genre storytelling,” said Ho Che Anderson. “I couldn’t be more thrilled to be a part of this—dare I use the words socialist collective?—designed to give creators a fair platform to create exciting, confrontational work.”

In addition to a robust frontlist, with multiple new publications each month, NeoText will have exclusive, regular content on its website, including: a history of time travel by Adam Roberts; essays from Paco Taylor on topics from Basquiat, Counte Dante and hip hop covers; features on comic culture by Chloe Maveal; and interviews conducted by comic legend Howard Chaykin with crime legends like Megan Abbott and Lawrence Block and comic book superstars including Neal Adams, Joe Jusko, John Romita Jr, Walter Simonson, and Bill Sienkiewicz.

“To be sure, to be honest, and to be delighted, the last thing I would have expected to come out of a meet and greet lunch with John Schoenfelder was the opportunity to interview a steady stream of talent who’ve meant the world to me… and then to return to the world of full color illustration… not to mention an upcoming foray into digital comics,” said Howard Chaykin. “And to quote Ron Popeil, ‘Wait—there’s more!’ Stay tuned—I certainly will.”

Cover art for each NeoText title will be designed by WBYK in a classic retro style that harkens back to the old pulp novels which inspired NeoText. Many titles will have two covers: a WBYK-designed cover and a cover where WBYK designs around art provided by the interior artist. “Just like the mass market genre publishers of old that inspired the covers’ awesome retro aesthetics, NeoText will offer our books at the super low price points you might remember from your childhood at the newsstand or drugstore,” said Jay Schuminsky. “We want our books to be accessible and affordable, so that a new generation can enjoy that delightful experience of buying good stories like candy and reading as many of them as they’d like without breaking the bank.”

“NeoText speaks to the tradition where Frank Herbert’s Dune began as a 1963 serial in Analog Magazine, and Brian De Palma’s modern classic Carlito’s Way began as a short cult novel by the groundbreaking Puerto Rican judge Edwin Torres,” added Russell Ackerman. “NeoText is organized to give writers and artists a new place to build ideas from the ground up, collaborate on creating new worlds and characters to form a new literary community that marries the pulp tradition with hard hitting reporting.”