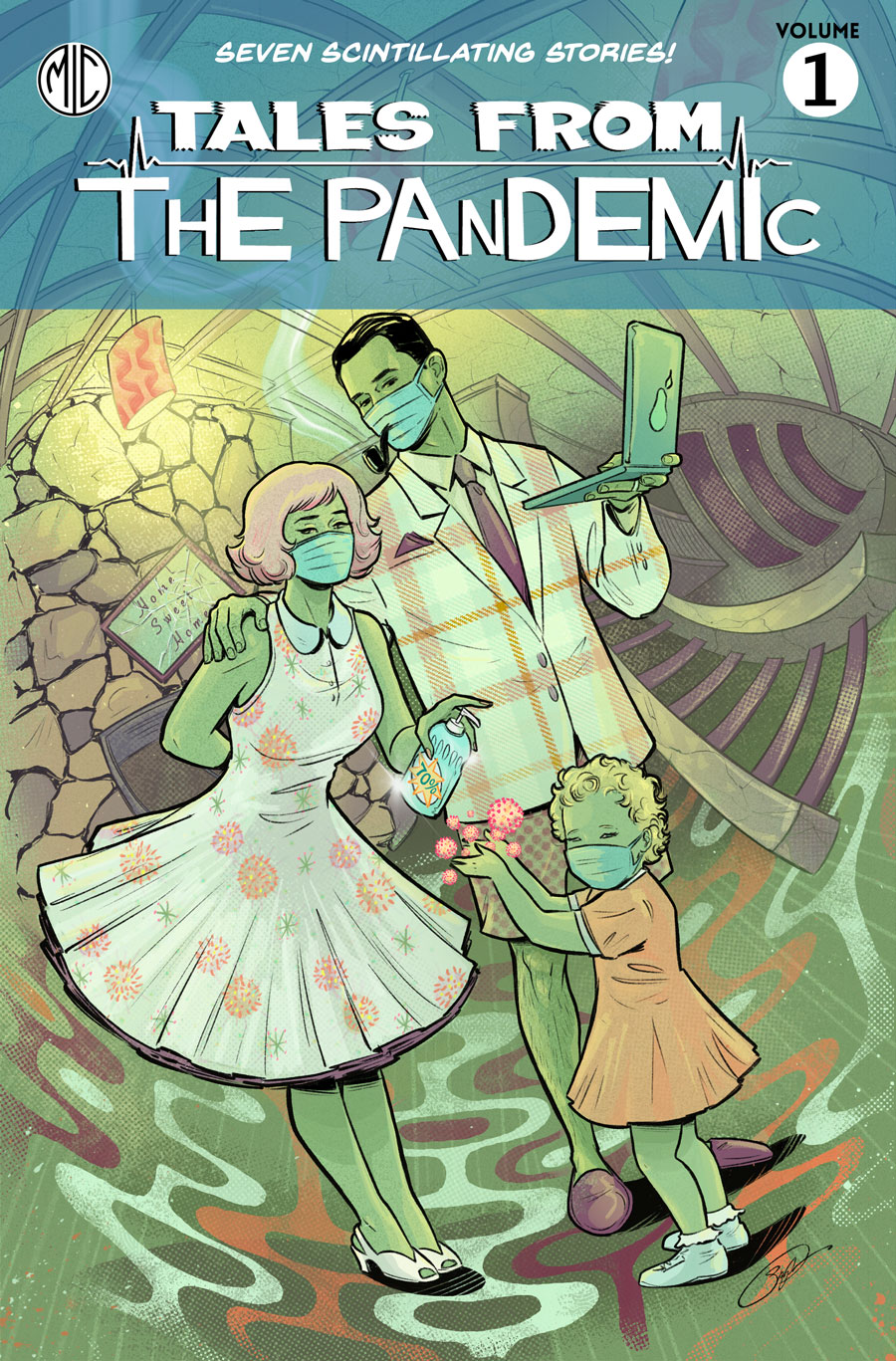 Black Mirror? Twilight Zone? No. This is COVID-19. Inspired by events during the 2020 lockdown, Tales From The Pandemic is a 29-page collection of shorts, a visual mixtape rather, created by comics folks to help cope with the worldwide, life-altering event! 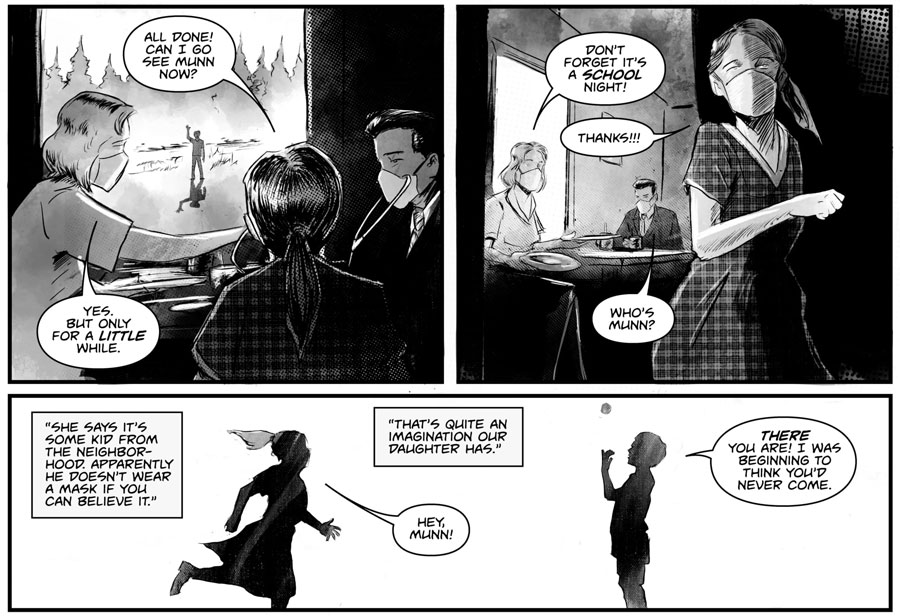 Mario Candelaria spoke of the project:

“Putting the Tales From The Pandemic collection together was a nice distraction from what was going on in the world. While I was deemed an “essential worker,” many of my friends in comics were not as fortunate. I could see on their social media as well as in private communications that this financial uncertainty was weighing heavily on everyone’s mind. On top of day jobs closing up or reducing hours, many comic publishers we all had deals with halted production, so it felt like the end of the world in many ways, and I am always looking for ways to help my buddies out!

The idea of putting together this collection came together fairly quickly as I had already been considering doing a “mixtape” of short stories. The timing and inspiration really made this the time and these, the stories to tell. I approached each collaborator with the general vibe I had in mind, and asked them what type of story they wanted to do, and from there, tailored each story to the artist’s preference as well as storytelling style.

Believe that almost everyone wanted to do a horror story! There’s some comedy, there’s a smidge of romance, but there’s also a very serious sense of dread that—while still in the realm of fantasy—has undertones like it could happen in this new world we live in. There’s a number of genres embedded in these tales, so readers of all walks of life could find something they can connect with.”

Tales From The Pandemic is available for purchase as a downloadable PDF via gumroad — just name your price!