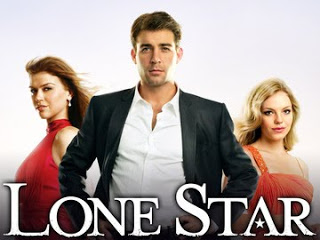 Fox canceled the con-man drama after two episodes. The premier drew just 4 million viewers, and then sank to 3.2 million this past Monday.
I guess launching a complex new show without any sexy headliners on a Monday crowded with Dancing with the Stars, CBS sitcoms and Blair Underwood-helmed The Event was a tough sell on network TV.
Chances are the show could have done well on a cable network such as FX, but even the lower ratings threshold there couldn’t save Damages.
Lie To Me, which wasn’t expected to start its third season until later this fall, will take over the 9 p.m. Monday slot starting next week. Production on Lone Star stops immediately, with five episodes already completed.