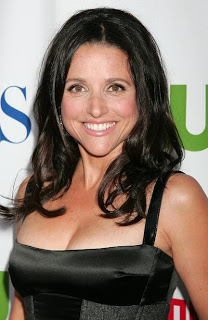 Another Seinfeld vet may be coming to HBO. The it’s-not-TV network has ordered a comedy pilot from Britcom writer Armando Iannucci, Hollywood Reporter reports.
Titled Veep, the series follows a female senator who becomes U.S. vice president.
Julia Louis-Dreyfus, looking for something to do between 30 Rock appearances and New Adventures of Old Christine reunion specials, is in talks to star.
Iannucci has worked on several British shows, such as spoof-show Time Trumpet and political comedy The Thick of It.
Take a look here at Thick. Warning, hilariously NSFW language right away:

In this article:Comedy/Parody, Television, Written by Marvin C. Pittman