Two weeks ago I made the case that real life superheroes actually exist. I claimed that to be a superhero you should at least satisfy the following conditions:
1. Have an origin.
2. Gain some sort of superpower.
3. Fight crime.
4. Maintain a distinctive costume, or at the very least a “look.”
Today I’d like to look back a bit in history, to the very beginning of the 20th century, to look at Erik Weisz, who would go on to great fame and fortune, and literally become so famous that his name still resonates today as the greatest stage magician of all time, Houdini.

Houdini was born in Hungary in 1874, and through his mastery of stage magic and his virtual invention of the concept of “escapology” in which he would release himself from all manner of restraint, Houdini became one of the highest paid vaudeville performer of all time, and the most famous magician, in the world. He was a superstar. He made movies, and sported a star on the Hollywood Walk of Fame. He was a pioneer aviator, piloting the first successful powered flight in Australia.

His superpower, then, is a mastery of stage magic and his ability to escape from any trap. Houdini endured a lifetime of training, that, like the fictional Batman, made him a paragon of strength. He could hold his breath for over three minutes.

But did he fight crime?

Did he have and origin?

In 2006 William Kalush and Larry Sloman wrote The Secret Life of Houdini: The Making of America’s First Superhero in which they make just this case. (Of course, in my opinion, the title is inaccurate, given that America’s first superhero was actually Ben Franklin.)

The book spends a good amount of time developing the theory that Houdini worked as a spy for the United States and Britain in the days leading up to WWI. It is pointed out that Houdini enjoyed close ties with law enforcement, including Britain’s MI-5 and the United States Secret Service. This is all well and good, but spies, even super spies like James Bond, are not superheroes, they’re spies. Superheroes may sometimes work as spies or soldiers, but to my min they have to specifically fight crime.

After the death of his beloved mother Cecelia, Houdini looked into the possibility of contacting the dead through Spiritualism, a religion in which psychics and mediums would contact the spirits of dead relatives for money. It soon became apparent to Houdini, a master of stage magic, that these spiritualists were using simple conjuring tricks to defraud grieving relatives. Some people were bankrupted by these con artists. Houdini determined to use his experience and abilities to stop them.

Houdini was known to dress up in order to hide his identity, then, during a point in the medium’s show where he was sure stage magic was being utilized, he would leap up, turn on the lights, and expose the fraud. He was vocal in his writings that spiritualism was mere con artistry, and he made many enemies in the process.

The book by Kalush and Sloman makes the remarkable claim that Houdini was actually killed for his eforts against spiritualism, and it’s an interesting argument, but impossible to prove at this late date.

Either way, it is evident that Erik Weisz, Hungarian immigrant, became a legend, a superstar, and a superhero.

Every once in a while, my nerd world of pop culture covered by the FOG! faithful, and the ostensibly non-nerd world of sports –... 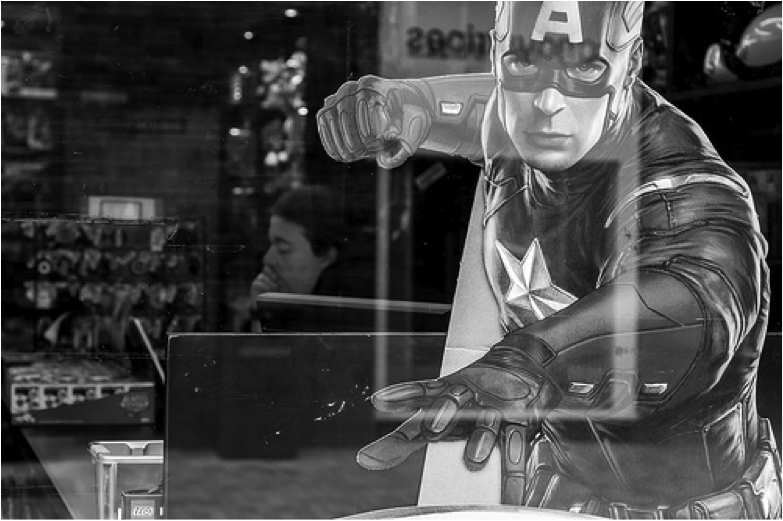 For anyone who’s seen the movies Kick Ass and Kick-Ass 2 (and if you haven’t, what have you been doing for the last 4...

Man Runs Back Into Burning Home To Save…His Beer

I’m not a brave individual and I know what my limitations are when it comes to putting myself into situations where I may be...

FOG! Exclusive! Read an Excerpt of Tea Krulo’s HEROES IN THE NIGHT

Former FOG! contributor Tea Krulos’ book Heroes In The Night: Inside The Real Life Superhero Movement has been released by Chicago Review Press and...