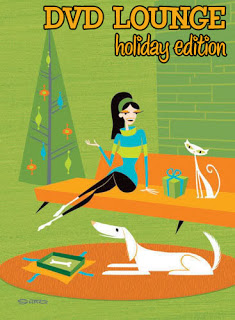 The nice thing about holiday dvds is that you aren’t limited to enjoying them only during the holiday season.

Being Christmas, I thought that I’d review some recently released holiday themed discs.

Keep in mind, even if you don’t watch these today, you do have 364 other days to check them out before next Christmas. 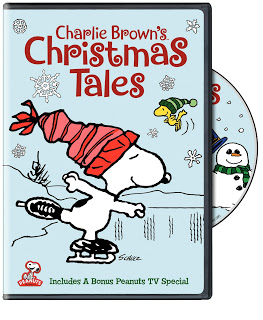 The Pitch
Charlie Brown’s Christmas Tales is a series of Christmas-themed animated stories, in which each of the beloved PEANUTS characters star in his or her own charming animated vignette. Bonus episode: Is This Goodbye, Charlie Brown – New-to-DVD! Linus must break the devastating news that his family is moving. Charlie Brown and the gang make their goodbyes and prepare for Linus and Lucy’s departure.

The Review
This one is a tough call.  The disc’s main feature are five holiday themed shorts, previously available as extras on the first release of I Want a Dog For Christmas, Charlie Brown and run a too brief eighteen minutes.  The bonus feature, a previously unreleased film, Is This Goodbye, Charlie Brown tuns six minutes longer than the main feature!

It’s pretty hard not to love the Peanuts, but this particular release accomplishes it.  The problem is that the material was originally created as filler for the one hour airing of the classic Charlie Brown Christmas special when it aired on ABC after decades on CBS (where it had been trimmed away to allow more commercial time).  ABC aired the special uncut, but needed filler to round out the hour and these shorts were produced.  Unfortunately, they feel like schtick.  Not particularly anything other than a brief punchline, ignoring all of the wonderful characterizations that the Peanuts are known for.

The unrelated Is This Goodbye, Charlie Brown is slightly better, but not by much.  Unfortunately, the entire disc feels like extras to a better release.  For completists only. 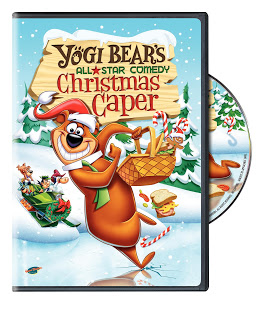 The Pitch
Yogi Bear and his pal Boo Boo live in Jellystone Park, where they constantly sneak behind the back of Ranger Smith to steal picnic baskets from unsuspecting vacationers. Yogi made his debut in 1958, as part of “The Huckleberry Hound Show.” The character proved so popular, he was given his own show in 1960, also sponsored by Kellogg’s Cereals. In addition to Yogi, the show featured separate cartoons with the new characters Snagglepuss and Yakky Doodle. Through 1962, 70 Yogi Bear cartoons were produced, all of them featuring Daws Butler as the voice of Yogi, and Don Messick as Boo Boo. In this Christmas Special, Yogi escapes from Jellystone and hides out in a department store – posing as the Store’s Santa. Along the way, he helps a little girl to rediscover her faith in Christmas.

The Review
Despite mediocre animation (even by Hanna Barbera standards), Yogi Bear’s All-Star Comedy Christmas Caper belongs in any animation fan’s collection.  Despite it’s brief running time of 24 minutes, the film is packed with story (and characters, as many characters from the Hanna Barbera stable make an appearance).   The character design is clunky, but the voice work is stellar as many of the classic voice artists including Daws Butler, Don Messick, Henry Corden, Mel Blanc, Allan Melvin, Jimmy Weldon, John Stephenson, Hal Smith, Janet Waldo, and Georgi Irene have returned to reprise their classic characters.

What makes this disc a must have is the second feature, 1962’s Yogi’s Birthday Party, which includes amazing design and animation and the inimitable music of Hoyt Curtin.  Like All-Star Comedy Christmas Caper, Yogi’s Birthday Party features guest appearances by various Hanna Barbera characters including Boo Boo, Huckleberry Hound, Snagglepuss, Quick Draw McGraw, Cindy, Doggie Daddy, Augie Doggie, Pixie & Dixie, Yakky Doodle, Hokey Wolf, and Mr. Jinks.  This is the Hanna Barbera you grew up with and a must have. 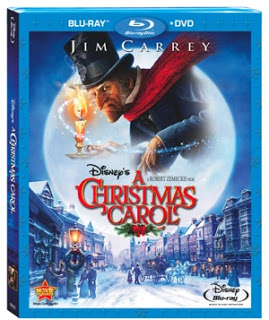 The Pitch
From Walt Disney Pictures comes the magical retelling of Charles Dickens’ beloved tale – Disney’s A Christmas Carol, the high-flying, heartwarming adventure for the whole family. When three ghosts take penny-pinching Scrooge on an eye-opening journey, he discovers the true meaning of Christmas – but he must act on it before it’s too late. Complete with spirited bonus features, this exhilarating and touching Disney classic is destined to be part of a family holiday tradition, adding sparkle and heart to all Christmases yet to come.

The Review
Executed in what has become director Robert Zemeckis’ preferred filmmaking medium, motion captured digital animation, Disney’s A Christmas Carol is a technically adept, emotionally cold execution of Dickens’ classic tale.  With several different roles performances from both Jim Carrey and Gary Oldman, I can’t help but wish to have seen this filmed as an actual live action film instead of the unfortunate CGI animation that will date itself within a few years.

Thankfully, the 1843 story remains as powerful as ever with excellent performances throughout that never realize their full potential as tainted by the execution.  Characters aren’t stylized enough to compensate for their creepy, waxy design and the delivery from lifeless eyes comes across creepy and soulless.  Despite the technological execution, this garish adaptation of one reclaiming their humanity, is unengaging and synthetic.  DVD extras include featurettes and deleted scenes and the Blu-ray includes a feature length picture-in-picture of the motion capture experience, additional featurettes and deleted scenes. 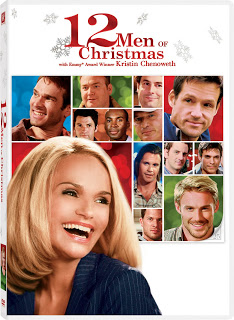 The Pitch
When die-hard New Yorker and publicist E.J. Baxter (Kristin Chenoweth) loses both her high-powered Manhattan job and her lawyer-fiancé at her office Christmas party, she winds up taking a job and moving to Montana. To help the local search-and-rescue station raise desperately needed funds, she convinces the male rescue workers to pose for a naked calendar. Along the way, she discovers what really matters to her and wins the heart of one of the pin-ups!

Although I would never set aside plans to watch a film on the network, I have caught several while flipping and although most are fairly predictable, they are also extremely watchable.  12 Men of Christmas is no exception, with much of the success gauged on how you feel about Kristin Chenoweth.

Personally, I find her charming and adorable and this film does a nice job of showing her comic timing in this otherwise unrealistic and fairly conventional romantic comedy.  You might not seek it out, but if you come across it, shut off your brain and enjoy. 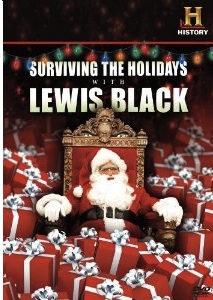 The Pitch
Once the happiest season of all, the daunting days between Thanksgiving and New Years often end with a hangover, a potbelly, and enough credit-card debt to make our heads spin. In SURVIVING THE HOLIDAYS WITH LEWIS BLACK, the Curmudgeon of Comedy Lewis Black returns to HISTORY to make sense of the 36-day marathon of stress that consumes us all. Armed with history, humor and his trademark ranting, the ever-acerbic Lewis takes a comedic look at how to survive the month-long festival of consumption without losing your mind. Watch as Lewis consults experts in holiday history, anxiety and gift giving, and explores the meaning of Kwanzaa, the history of Chanukah, and the real Saint Nicholas. He will interview turkeys on a turkey farm, do a stint as a department store Santa and investigate why we drink on New Years Eve. Fellow comedians, including Bob Saget, Craig Ferguson, Joy Behar, and David Alan Grier, weigh in on the anxiety-inducing holiday season and offer survival tips of their own.

The Review
Despite the fact that Lewis Black is one of the smartest and funniest comedians around, this release feels and plays much like a VH-1 “talking heads” I Remember… special.  Jokes (and actual segments) are repeated more than once and although Black and several very funny people (I’m looking at you Craig Ferguson) participate, the special never really creates any memorable jokes or observations.  It’s a kinder, gentler Lewis Black, and really, who wants that? 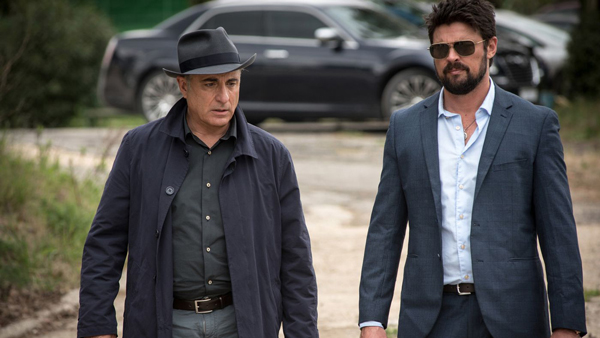