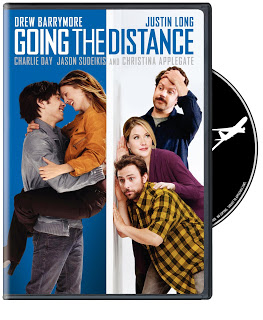 The Pitch
Erin’s (Drew Barrymore) wry wit and unfiltered frankness charm newly single Garrett (Justin Long) over beer, bar trivia and breakfast the next morning. Their chemistry sparks a full-fledged summer fling, but neither expects it to last once Erin heads home to San Francisco and Garrett stays behind for his job in New York City. But when six weeks of romping through the city inadvertently become meaningful, neither is sure they want it to end. And while Garrett’s friends, Box (Jason Sudeikis) and Dan (Charlie Day), joke about his pre-flight calorie-cutting and his full-time relationship with his cell phone, they don’t like losing their best drinking buddy to yet another rocky romance. At the same time, Erin’s high-strung, overprotective married sister, Corrine (Christina Applegate), wants to keep Erin from heading down an all-too-familiar road. But despite the opposite coasts, the nay-saying friends and family, and a few unexpected temptations, the couple just might go the distance.

The Review
Going The Distance is a romantic comedy that not only wastes the talents of the cast involved, but also is devoid of any charm, humor or likable characters.  Actions, intentions and dialogue ring false, and if the chemistry of Barrymore and Long is representative of their own relationship, it’s no wonder that they didn’t live “happily ever after.”  In addition, the filmmakers decided that the characters should be unlikable and fairly mean-spirited, which is a shame since most of the cast are generally watchable actors.  With the plot centering on the difficulties and challenges of maintaining a long distance relationship, I’m left wondering why these people should be together in the first place.