If you’ve been paying attention (and there’s no reason at all you should have been) you’ll know of my love for Doctor Who.

It’s been part of my life literally since I could remember, so, in 1989 when the BBC decided to shelve the show, I was rather annoyed. But thank the (Time) Lords for the folks at Virgin Books, who took up the torch and started producing a series of mostly very good original Doctor Who adventures.

Then in 1996, another attempt was made at a television series. 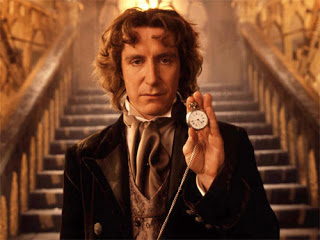 This time, it was a US co-funded TV movie. Obviously this did not result in a new series. To be fair, it did miss the mark in a few places, while still being rather fun.

One place where it absolutely got it right though, was in the casting of Paul McGann as the Doctor.

He was astonishing- funny, charismatic, alien and mysterious. In other words- a great Doctor.

Losing him was the biggest tragedy of the whole affair.

By this time, BBC books had taken over the original novels, and started  a long running series of them features this, the Eight Doctor.

Still… they didn’t have Paul McGann…

Big Finish are a company that produces audio dramas based on various properties- among the Doctor Who. And a few years after the TV movie, they did an amazing thing and secured the services of Paul McGann, who returned as the Doctor. Since his first audio adventure with them, Storm Warning in 2001, he has gone from strength to strength.

Fast forward to now. I kind of fell out of the habit of the Big Finish audios for a number of years, picking up the occasional one. But recently I’ve been writing regular reviews for another site, and so have been getting the Eighth Doctor series regularly again.

I am pleased to report that it is not only as good as I remembered- it is better. The recent season has been spectacularly good. Honestly, not one of the stories in the entire run drops the ball- something I wish I could say about my beloved television show.

The series begins with the seemingly low-key Death in Blackpool.  Events here resonate down the rest of the season, and through an astonishing three story sequence- The Book of Kells, Deimos and The Resurrection of Mars, which sees the return of the Ice Warriors. This arc is neatly bookended by the story Relative Dimensions, in which we see the Doctor have a eventful Christmas dinner with Susan, his granddaughter (she featured in the series with the first Doctor, almost fifty years ago- and is amazingly played here by Carol Anne Ford, the actress who played her on screen) and great-grand son. 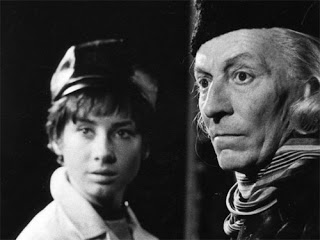 Now, I’m well aware that this comes across like a puff piece for the company, but it truly is not! I know no one who works there and have no connection at all with them! In fact, if anything, I should dislike them, given that they have rejected any and all submissions I have sent them..!

If you’re a Who fan, I cannot recommend these adventures enough.