I recently had a conversation with a man who scoffed at gaming and fantasy.

The guy was a sports fan. So was I. But we didn’t see eye to eye.

“That isn’t reality,” he said of my years reading J.R.R. Tolkien, playing games like Dungeons & Dragons, and my other interests in so-called “escapist” hobbies.

Fantasy and gaming are pointless, he said. Useless. What’s the point in playing them? Waste of time. 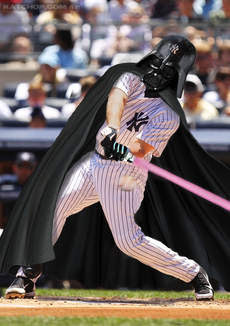 As I’ve written in this space, and also in a recent article for Salon.com (“How Dungeons & Dragons Changed My Life”), my days playing (and still playing) D&D and other games, or my obsession with Lord of the Rings, is no more or less “real” or “unreal” than anything else I’m engaged in.

My days of game-playing adventure and storytelling were crucial, formative experiences that were as real and memorable as any heroic feats on the baseball diamond or football field (from which, as a geek, I was excluded, of course).

In a fantasy role-playing game, you conquer orcs, grow in power and save the day.

How is that any different from beating the Yankees or the Red Sox and winning the divisional championship?

Once an event has passed into memory, it’s the feeling of accomplishment, reward, mutual achievement and victory that lingers. Why or how I feel these feelings is irrelevant. The triggering event no longer matters. What remains is how that memory resonates.

Whether playing a game on the field of battle or a tabletop map — be it football, soccer, D&D, World of Warcraft, or even beating your foe with a foam rubber sword as part of a live-action role-playing game — it’s the lessons that stay with us.

How to strategize. Think on your feet. Swing a sword like Aragorn. Solve a problem. Use your imagination. Work together like the Fellowship on their quest to destroy the One Ring in the fires of Mount Doom. Find fellowship. Be part of something bigger than yourself.

So, please, Mr. Reality Man, don’t tell me reading a good fantasy novel is any less inspiring and any less fulfilling that watching baseball on TV.

Or that role-playing ought to be less heroic than cheering your team on to victory. (Don’t even get me started on the fact that American sports culture really is institutionalized role-playing and war games on a massive scale.)

I love the Red Sox as much as the next guy. But if anything, I feel more prepared to meet the challenges of today because I can play out all the possible scenarios and can identify with others, be they friend or foe.

Even if my mortal enemy wears pin striped uniforms.