When I was a teenager, I joined the Science Fiction Book Club.

The books were dirt cheap, so I ordered a lot of them, knowing that not all would be keepers.

Since most of the authors were new to me, each delivery was a grab bag of surprises.

Sometimes I got lucky.

One of my big discoveries was Stephen King.

At 16 I had never heard of Stephen King, but I liked the cover art for his novel The Stand, which was a cute little illustration of a swordfight between Good and Evil—Good being a Luke Skywalker-type white knight, and Evil being a bird-headed figure in black.  The Stand looked like a post-apocalyptic fantasy novel, and I hoped it might be something like The White Mountains trilogy by John Christopher, which I loved. 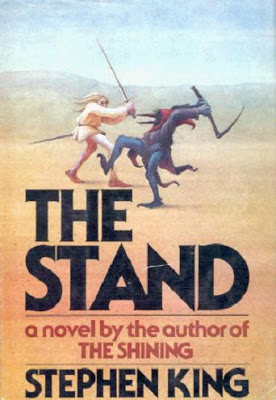 Immediately, I blew through everything else by Stephen King, which at that time meant Carrie, Salem’s Lot, Night Shift…and The Shining. 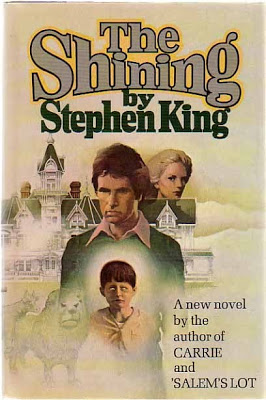 I loved them all, but the only one that really scared me was The Shining.

I had spent most of my childhood living in old hotels and half-deserted apartment buildings, so I had no trouble picturing the gloomy halls of Overlook Hotel. I was Danny.

I always thought The Shining should be an easy movie to do well, because all that’s necessary is to shoot the scenes as written—it’s a very cinematic book.

So when I heard that the great Stanley Kubrick had bought the rights, I figured it was likely to be the greatest horror film of all time. It would have the surreal beauty and black humor of every Kubrick movie, combined with the horror sensibility of Stephen King.

How could it go wrong? 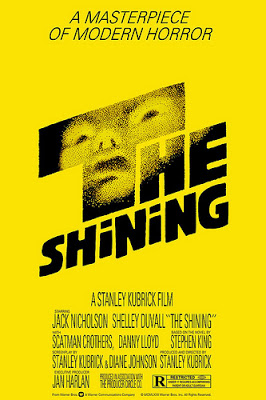 It was wrong, all wrong. Everything that was good in the book was either changed for the worse or cut out altogether.

The scary hedge animals had been turned into a boring hedge maze. The grotesque woman in the bathtub had been changed into an embarrassing naked hag. Jack Nicholson was too nuts, Shelley Duvall too shrill, the kid too creepy, and what was the deal with killing off Scatman Crothers? 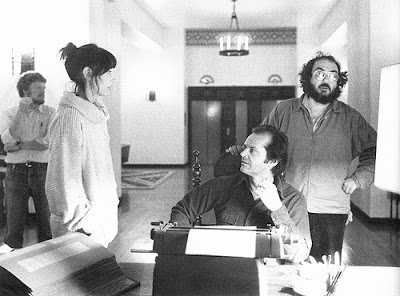 Stephen King didn’t even try to hide his disappointment, saying in interviews that Kubrick didn’t get it. I had to agree.

Around this same time, I heard that another book I loved was being turned into a movie.

It was Dune, by Frank Herbert.

I knew that Dune was only being made because of the rush to capitalize on the success of Star Wars, but when I found out who was directing Dune, my hopes went up.

It was David Lynch, the weird auteur who had made Eraserhead and The Elephant Man. In my mind, that almost guaranteed that the movie would be amazing.

So bad that when Kyle MacLachlan shouted “I AM THE KWISATZ HADERACH” for
seemingly the thirty-seventh time, I yelled, “Who gives a shit?” and threw
my jumbo-size Hershey bar at the screen.

What the hell was going on?

Why were these brilliant directors having such a hard time coloring inside the lines?

Both Dune and The Shining seemed ready-made for motion picture glory, and if they had been directed by the likes of David Lean and Alfred Hitchcock I had no doubt the books would have been given their proper due.

But Lynch and Kubrick couldn’t leave well enough alone; they had to mess with perfection, and they screwed it up. Period.

As years and then decades went by, something changed.

It started with the TV adaptations.

When I first heard that Dune was being made into a miniseries, I thought, “Finally—a chance for someone to get it right.”

But when I watched the show, all I could think was how bland it was compared to what I remembered
of the David Lynch version. The hideous Harkonnens were now utterly forgettable (I’ve completely forgotten them), the grotesque, whale-like Guild Navigators were now glowing butterflies. 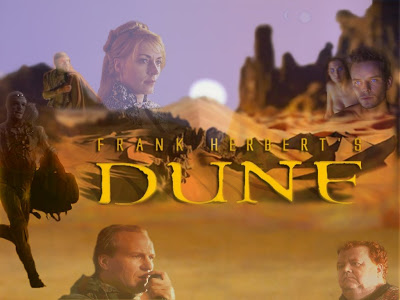 Out of curiosity, I watched Lynch’s Dune for the first time in years, and was struck by its gloomy intensity, its utter strangeness. It still had problems, but they seemed much less significant than its strengths, the main one being that it was a David Lynch film, and I had grown to love the films of David Lynch.

The TV miniseries was so bad, so totally colorless and devoid of feeling, that it drove me to take
another look at the Kubrick film.

Kubrick was a genius.

The Shining was not a simple horror movie, but a satire that played on the same themes as Kubrick’s other films. It was 2001 with a haunted house instead of a haunted spaceship. It was not Stephen King’s The Shining, but Stephen King didn’t matter as much to me anymore—I now related more to Kubrick’s sense of cosmic comedy…in which the final joke’s on us.