For the past two days I have dove deep into my most favorite of 90s television shows, Twin Peaks and have returned to the second decade of the millennium deeply depressed and more than a little pissed that I am no longer living in a world of mom jeans and oversized button-down shirts with a brooch attached at the collar.

I am also a bit disappointed to discover that I miss all the smoking I did at seventeen AND NEVER GOT YELLED AT as long as I was in the designated smoking area at school, or that I could freely walk into a bar and get served as long as I wasn’t sitting at the actual bar (can you imagine that?).

Which brings me to the point of this post.

I desperately miss the 90s.

I mean how can you not appreciate a decade that brought you not only the Internet and downloadable pornography, but also The Complete and Uncut edition of Stephen King’s The Stand AND the most awesome of comic books ever, Preacher? 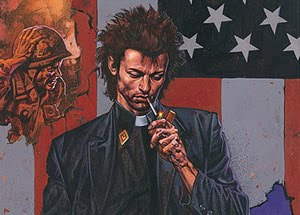 And what about the music?

For God’s sake, we’re talking about such groundbreaking songs like Smells Like Teen Spirit from Nirvana and the mind blowing Public Enemy album Fear of a Black Planet (that totally wrecked this white-bread suburban chick)

and brought forth a revolution of girl groups and songwriters that could give some of the guys a run for their money (like L7, Sleater-Kinney and Bikini Kill).

Oh, and let’s not forget the independent movie wave that introduced us to the likes of Richard Rodriguez, Kevin Smith, Richard Linklater, Todd Solondz, Quentin Tarantino, and Hal Hartley (Yes, the 90s were pungent with bad-ass flicks).

For someone who has always been addicted to pop culture, the 90s was filled with copious amounts of obsessive goodies:

Mystery Science Theater 3000, the Nintendo 64 (and GoldenEye…let’s never forget about GoldenEye), Beavis and Butthead, Daria, the overwhelming build-up for Star Wars Episode 1 (and the subsequent disappointment that has still never gone away), AOL chat rooms that always ended up being about hooking up (even when you visited a knitting group), The Gen-X created OK Soda that failed miserably even though it tried to be ironic: 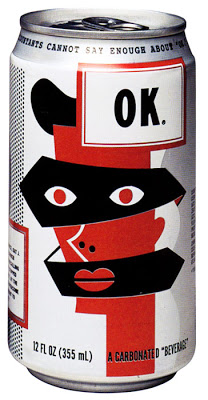 and, of course, the massively cool Parker Lewis Can’t Lose.

Just listing all this stuff makes me yearn deeply for a smidgen of Parker Posey with just a pinch of Shawnee Smith (I don’t quite understand what this means but it feels right).

But now I live in the decade of the ‘10s where all I have to look forward to is auto-tune pop music, movie re-boots, and waiting to see if the next installment of Duke Nukem will suck balls.

Maybe I should just lay in bed and watch the complete series of Beverly Hills 90210, because if Dylan’s hair can’t cheer me up, then nothing will.