One of the absolute best singer/songwriters in the known universe is an awesome indie artist named Bess Rogers.

If you’ve heard of her – awesome!

If you never heard of her – I’d say shame on you – but you are about to learn a little about Bess as I talk today about her and Kickstarter.

First time I ever saw Bess was at a Jenny Owen Youngs show. If you are a fan of the show Weeds you have to know one of Jenny’s songs: she had the awesome ‘F*ck Was I’ song. If you’ve never heard the song before – well here’s the video.

When Bess opened for Jenny I instantly connected with her music. It reached me and I totally fell for her music. She’s played on records and been on tour with the likes of Youngs, Ingrid Michaelson, Allie Moss, Allison Weiss, Lelia Broussard, and many other rockin’ solo indie chicks that usually kill at every performance.

Maybe it was the ukulele. 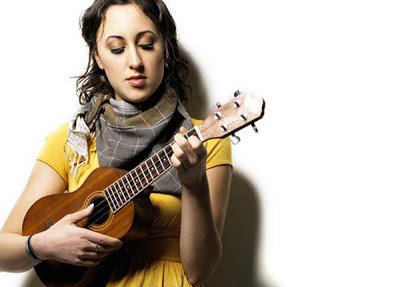 Maybe it was the way that she sounded exactly the same in concert as she did on her CDs.

Maybe it was the awesome songwriting.

Whatever it was there’s no denying that Bess Rogers is pure genius.

Recently Bess kicked off a Kickstarter page in an effort to raise some money to finish her new album ‘Out of the Ocean’. 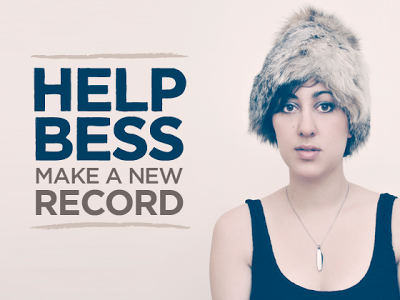 For those who may say, “What the hell is a Kickstarter?” I’ll expound with this from the Kickstarter FAQ page:

Kickstarter is a new way to fund creative projects. We believe that (a) A good idea, communicated well, can spread fast and wide and (b) A large group of people can be a tremendous source of money and encouragement. Kickstarter is powered by a unique all-or-nothing funding method where projects must be fully-funded or no money changes hands. Every Kickstarter project must be fully funded before its time expires or no money changes hands. It’s less risk for everyone. If you need $5,000, it’s tough having $2,000 and a bunch of people expecting you to complete a $5,000 project. It also allows people to test concepts (or conditionally sell stuff) without risk. If you don’t receive the support you want, you’re not compelled to follow through.

Basically if you want to make a movie, a comic book, or an album financed directly by friends, family, loved ones, hated ones, and/or people you’ve never even met then Kickstarter can be totally for you. Want to raise the 5 grand for that dream project? Kickstarter is for you! Only raise $4,302 dollars for your dream project? Then you don’t get the money…darn.

I gave to Bess’s Kickstarter because, as a fan, it is an excellent way to help one of my favorite artists and actually be part of the process. I mean, I could watch a music video that she put together and think to myself, “See that, I helped MAKE that video” Or “She strummed that chord thanks to me!”

For Bess giving to the album surely meant a lot to her and the money really would stretch far.

In her initial pitch she said, “I just made a new record and am so so excited about it! HOWEVER, I have pretty much spent every penny that I own recording it and now I don’t have enough left to finish it and give it a proper release. That’s where you come in! If I can make $10,000 I will be able to get the record mixed, mastered and pressed into a real physical disc that you can hold! If I was able to reach this goal, I would die of happiness. Except I wouldn’t really die… I’d continue living and just be really happy. Any more that I can make would help me to pay the cost of hiring a radio team to get it airplay across the country, and to hire a publicist to tell everyone how awesome I am. It’s all very expensive and your help would be SO, SO appreciated!”

What next surprised me was the amount that Bess received from her fans.

Bess set out with the modest goal of $10,000 dollars and some fun things for fans to receive. You see, Kickstarter is a great way for those who donate as well. Bess set up pledge goals where if you donate X amount of dollars she would send you a free copy of the CD, or her entire catalogue of CDs, a ukelele lesson, her own ukelele, a cameo in one of her music videos, and even Bess presiding over your wedding. Basically if you donate a little you can still get something great like a copy of the new CD. If you donate alot you can be rubbing elbows with Bess at your wedding.

Bess launched the page and soon found herself receiving her $10,000 within days of the launch.

So how far does the dollar of your fans actually go? Does the Kickstarter money really get you where you want to be? Is it actually ever enough? As a fan I wanted to know was the Kickstarter project a true success in every aspect. So what’s the best way to get into the mind of a recording artist? Get them on the phone!

Luckily Bess was totally cool with talking about the different aspects of the ‘Out of the Ocean’ Kickstarter project. The first question I posed to her was is it worth it to even be signed to a record label these days or is continuing to be an independent artist the best way to get your music out there and get the money in your pocket.

“It all depends on what the deal is,” Bess informed me. “You can get really crappy deals that you would end up making less money then if you were on your own. Then you could get a really good deal with a great label that would put some money into promoting it, help with tour support, things like that. I’m always interested in things like that but doing the indie thing is kind-of working out. Being able to put out my record this way through Kickstarter and fan-funded money is so cool. I feel it’s exciting for me and it’s exciting for everybody. It gets all the fans invested in it a little bit and I think that’s a really cool thing. Then I also don’t have to rely on anyone else to fund it.” 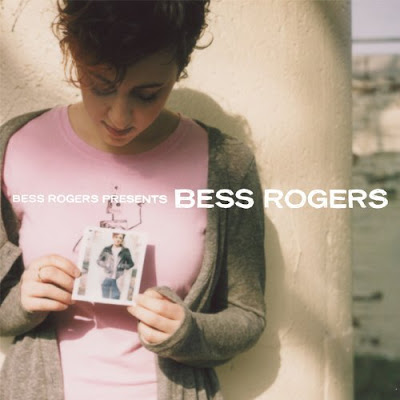 “The crazy thing is that it is still not enough,” Bess noted. “It’s kind of sad. Hiring a publicist and radio people is so expensive. If you really want to do it right then hiring a publicist is the way to go but they really cost alot for just…4 months. Then there’s mixing and mastering and it starts to go really quick. Definietly if you can get a label that would put $100,000 into your record, that would be cool.”

I asked Bess how much of the album was completed before she launched the Kickstarter page and why she decided to go the fundraising route. “(The record) was already about 60% finished,” Bess said. “We had already done a lot of tracking but there was still a lot that needed to be done. With the Kickstarter money I was able to hire a few extra musicians and string players. I’ve already started working on album artwork. It definitely helps me facilitate moving quicker as we approach the end of it.”

On why Kickstarter – Bess continued, “A bunch of my friends had done Kickstarter and had gotten more then what they asked for. I would have been able to finish ‘Out of the Ocean’ on my own but it would have taken a little longer. I wouldn’t have been able to give it a little push when it came out and do some of the things that I wanted to do with it. So Kickstarter seemed like the best way. It was a success for some of my other friends and it would enable me, if I reached my goal, to put out my record the right way. It seemed like a no-brainer to me.”

The prizes are some of the greatest gifts for contributing to the fundraiser.

I asked Bess which was her favorites of what she got to give her fans and what was the most favorite out of all. “My favorite one, that no one ended up actually contributing for because of the higher price range, was to perform a marriage – to officiate somebody’s wedding. I thought that would have been cool. And I have to call and sing 74 happy birthdays to people. So I actually have a little birthday calendar and I’m ready to sing a lot of happy birthdays. Other ones are making YouTube videos for people, doing a webshow, and I’m also working on a DVD that is the making of the record.”

With the Kickstarter successful it is amazing to see one of my favorite artists succeed in seeing the vision for her new record being stronger then maybe first anticipated. It still boggles my mind that there is a way for artists to reach out to their fans and for fans to help out their artists. Kickstarter is certainly a great way to achieve dream projects and give back to those who help. 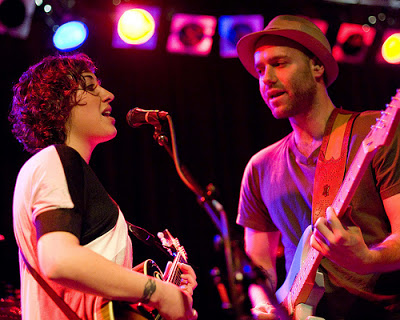 Bess is going on tour in June with ‘Out of the Ocean’ hitting late August/early September. As Bess has the coolest indie rock friends I asked her if fans could expect any cool guest stars. “There’s a lot,” Bess replied. “There’s some Allie Moss and Ingrid Michaelson vocals. There’s Chris (Kuffner) who is all over the album obviously because he’s producing it. Ian Axel is coming in to do piano on one song. Dave Eggar plays cello on it. He’s fantastic. If you don’t know him he’s played on all the recent Train stuff and all over the Coldplay song ‘Viva la Vida’. All the strings on that are all him – he’s crazy badass.” 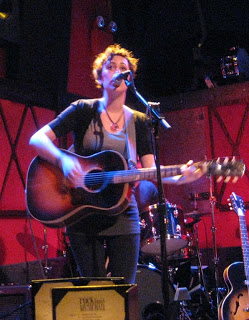 Find more about Kickstarter at www.kickstarter.com and while you are there just look through some of the amazing projects that people are asking to be funded.

You can learn more about Bess Rogers at www.bessrogers.com.

I’ll leave off with this awesome Mott’s commercial playing nearly every thirty seconds on the TV with a great Bess song ‘We Believe in You’.