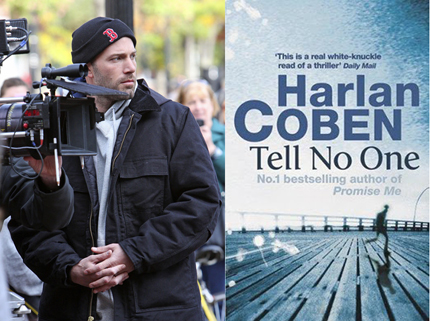 Despite being based on an American novel, Tell No One made it’s movie adaptation debut in a French film back in 2006.

Deadline reports that Warner Bros and Universal Pictures have optioned rights the thriller and has hired Chris Terrio to write. This will be Terrio’s second collaboration with Affleck, having written the screenplay to his follow up to The Town, Argo, which begins production soon.

As for the actual story?

The plot involves a pediatrician who is out one night frolicking by a lake with his wife when she suddenly vanishes and he is severely beaten when he tries to find her. When she turns up murdered, he is prime suspect. That’s until she’s declared a victim of a caught serial killer. Years later, bodies turn up in the same spot and the nightmare is repeated, the pediatrician again under suspicion. Right around that time, he’s given evidence that his wife wasn’t dead at all. Canet managed to make all of that work, anchored by the fact the protagonist never got over the death of his wife.

After the jump check out the trailer for the original film.