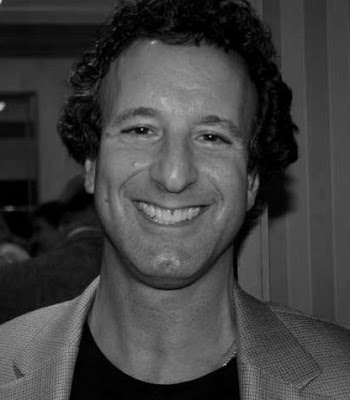 Jon Land is a consummate storyteller.

Not content with writing over two dozen bestselling novels, Land also serves as the Vice President of marketing of the International Thriller Writers (ITW).  Education is also a priority as Land frequently volunteers in schools to teach young students the process of writing and  also serves as an alumni advisor at his alma mater, Brown University.

Land is known for his extensive research, which has resulted in his continued success.  FOG! had the opportunity to chat with him about his latest release, his body of work and the recent announcement of the film adaptation and comic book series based on his book, THE SEVEN SINS: THE TYRANT ASCENDING.

Congratulations. This month, your third book starring Texas Ranger Caitlin Strong, STRONG AT THE BREAK, was released. Tell me a bit about the series and what are the challenges of writing a strong female protagonist? 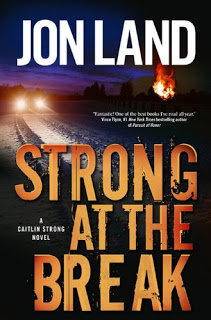 Hey, you’re challenging me right off the bat!

Thing is those two questions are actually very much connected. The whole idea behind Caitlin’s conception was that thrillers make up the most popular book genre and the vast majority of books are purchased by women, but there were no female action series heroes á la Lee Child’s great Jack Reacher.

So I created Caitlin to fill this void in what are essentially modern day westerns, since making her a Texas Ranger affords her character the credibility it needs to succeed. She’s kind of a contemporary (or post-modern) gunfighter and every book, especially STRONG AT THE BREAK, has its share of O.K. Corral-like gunfights.

The challenge of writing a strong female protagonist, you see, isn’t much different from writing a strong protagonist period. With Caitlin, the challenge comes from the fact that she’s essentially playing a typical male role. The fact that she’s a fifth-generation Texas Ranger provides even more credibility for this but the fact is the emotional issues she has to deal with, as a woman, make her a ball to write. She’s extremely conflicted about what she really wants out of life, torn between the Ranger code born of a frontier mentality and a more modern sensibility that comes through in her dealings with the sons of her love interest, the series’ male lead Cort Wesley Masters.

You’ve written over twenty five books in the thriller genre. From a writing standpoint, what are the differences in writing a good thriller versus it’s sibling genre, the mystery?

Great question! The simplest answer is that thrillers ordinarily have much higher stakes, often including the country or entire world. And, almost always, the hero’s life is at stake as he or she races to prevent the bad guys from succeeding in their goals.

You might say even that mysteries are about solving crimes and thrillers are instead about preventing something much greater than a single murder or even a series of murders.

Other than that, the distinction can get pretty hairy. Is SILENCE OF THE LAMBS a mystery or a thriller? The answer is it’s probably both and there are plenty of mystery and thriller writers who straddle that line.


Among your work are seven novels featuring Detroit police detective Ben Kamal and Shin Bet operative Danielle Barnea and nine novels with Blaine McCracken. Any plans to revisit the characters?

You are definitely on a roll today! The answer is yes and no. I have no plans to revisit Ben and Danielle right now, but I am bringing Blaine McCracken back in an original E-Book for my electronic publisher Open Road Media.

That company brought out my first 13 long-out-of-print titles and their success has created demand for a new McCracken. I’m well into it already. It’s called PANDORA’S TEMPLE and sets him on the trail of the deadliest weapon in the Universe somehow connected to, you guessed it, the mythical Pandora’s Box, which was actually not a box but a jar. I actually think this will by most comic book-like novel since I gave up writing McCracken who is the classic pulp hero modeled after the likes of Doc Savage and Matt Helm.

Can you talk a bit about your book, THE SEVEN SINS: THE TYRANT ASCENDING and the recent announcement for both a film adaptation and DC Comic series? 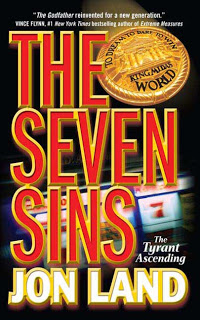 It’s really exciting to have the opportunity to be discovered by an entirely new audience.

As I kind of intimated above, many of my books are basically comics without drawings; they have the same pace, the same level of action. And I think the comic book genre has grown up considerably in recent years to stretch beyond superheroes into tales featuring dark heroes like Michael Tiranno, THE TYRANT of the title.

Tiranno’s a kind of Batman for Las Vegas without the cape and toys. He has many of the qualities, and the book features many of the ingredients, of the best comic book series: a big-scale plot, despicable villains, and a quest. There’s also the mythic element of Tiranno’s cherished medallion which was possessed by a whole chain of conquerors like Julius Caesar before him.

That element gives the book a real Indiana Jones-like feel I believe will transfer beautifully into comics and help bridge the gap between the mediums.

Who are the biggest influences on your work?

Well, books by the authors I mentioned above, especially THE SENTRY by Robert Crais and THE GENTLEMEN’S HOUR by fellow Rhode Islander Don Winslow, due out in August. I’m not much of a music guy but, as a superhero fan, I’m loving this summer’s films and absolutely can’t wait to see the new TRANSFORMERS or COWBOYS AND ALIENS later in July. Haven’t caught SUPER 8 yet but that’s a movie I was born to love. It call comes down to touching that part of us that remains a kid. That’s what great comics do, but so do books and it’s the very effect I strive for when I write.