I think it’s safe to say that comic book fans have been treated to quite the year.

Great writing, awesome artwork, Earth shattering events, the growth of digital distribution, elevated comic book sales and a new universe have paved the way to infinity and beyond.

The questions you have to ask yourself is: what were the best events in Comics? 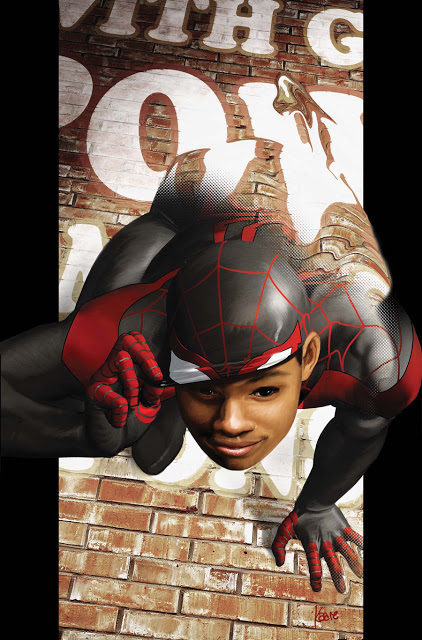 Before I even talk about the character, I want to mention the creative team by name. The combined effort of Brian Michael Bendis, Sara Pichelli, Justin Ponsor, Cory Peiti and Kaare Andrews have created a comic that looks absolutely beautiful, stunning and is intriguing to read. Some did not like the idea of an ethnic wall-crawler while others embraced it. Miles Morales is the epitome of a kid you want to cheer for and be successful. His story is as genuine as can be and the creative team is in sync like no other in the industry today. I can’t wait to see what is on the horizon.

Death and Return of the Human Torch 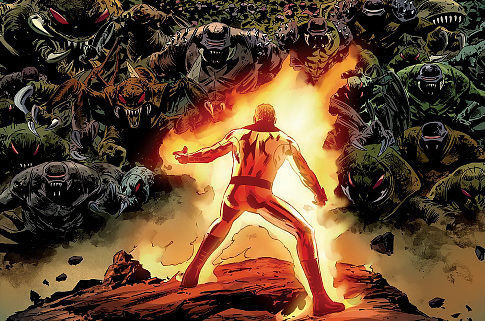 Johnny Storm “died” in the Negative Zone, only to be brought back to life at the end of the year when he was revived by the Annihilus when nanites were injected in his body. The loss of Storm brought about the Future Foundation written by Jonathan Hickman and art produced by Steve Epting. The group gained a new white wardrobe, a new member in Spider-Man and was one of Marvel’s best selling books of the year. 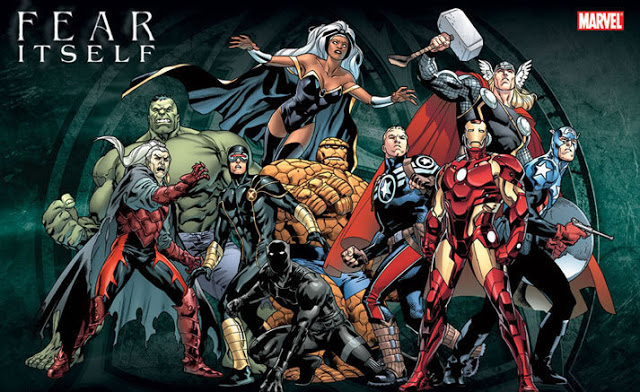 Marvel’s big crossover event of 2011 kept virtually every hero in the Marvel universe on their toes. The series missed the mark on some occasions and hit the mark on others. Hammers fall from the sky and select the most powerful heroes and villains to wield them while doing the bidding of the Worthy. Bucky is killed…again, while the Serpent snaps Captain America’s shield in half like a tooth pick, Tony Stark produces some Asgardian weaponry to fight back, and Thor kills the Serpent at the cost of his life. 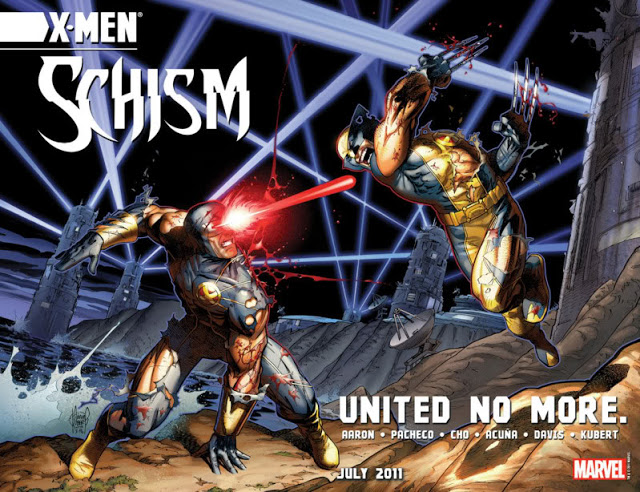 The stress and conflict of two different ideologies are brought to the forefront as Cyclops and Wolverine are at a crossroads. They have had their differences before but nothing like what transpired in this series. The clock is running out on the mutant race and Cyclops feels all mutants, no matter their age, need to stick together to ensure their survival while Wolverine feels the younger mutants should not be treated as soldiers because he knows a soldier’s life is not meant for children. They come to blows as result of a Jean Grey low blow, and now the X-Men are split into two separate teams. Jason Aaron provided an excellent script which did a great job of exploring the underlining issue at hand with mutants in society. 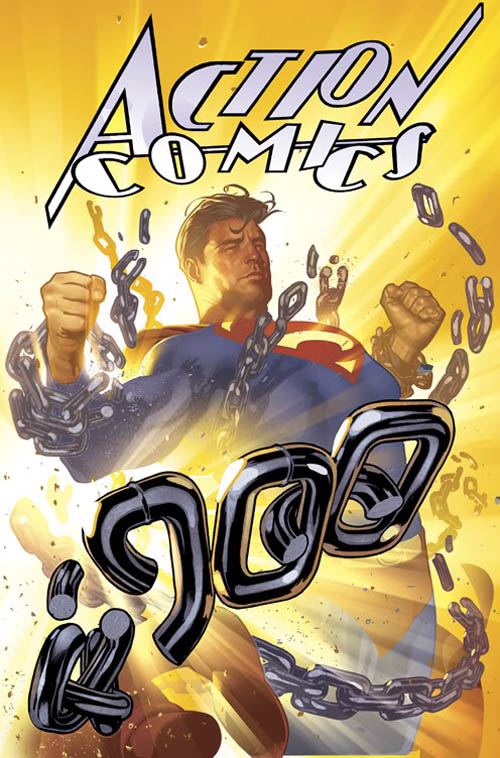 With all the fun revolving around the New 52, I think everyone forgot that things did occur that now don’t matter. Superman made headlines world wide when he decided to renounce his U.S. citizenship, an alien himself, Superman felt he could accomplish more as a symbol of truth and justice for the world and not just the American way. The world is more connected than ever before and thus, smaller than ever. DC felt he needs to stand for something more instead of just representing one perspective. Whether you prefer your Man of Steel to be American as apple pie or as global as Soccer, everyone was talking. 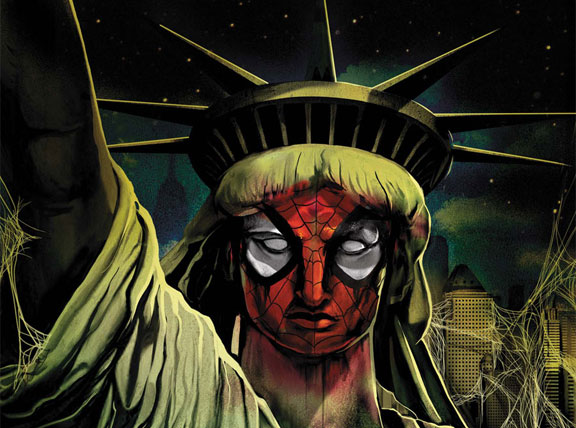 A virus that gave the citizens of New York spider abilities and eventually turned them into actual giant spiders taught Peter Parker a valuable lesson. Peter felt dejected because he no longer felt special since every Tom, Dick and Harry could do what he does. Over the course of events leading to the finale where Kaine killed the Spider-Queen, Peter learned that it is not his powers that make him a hero but who he is inside as a person. Jonah Jameson became the very thing he hates, Carlie discovered Peter’s secret and ended their relationship, Eddie Brock became the hero of Spider-Island, and The Scarlett Spider will make his re-introduction in the New Year. 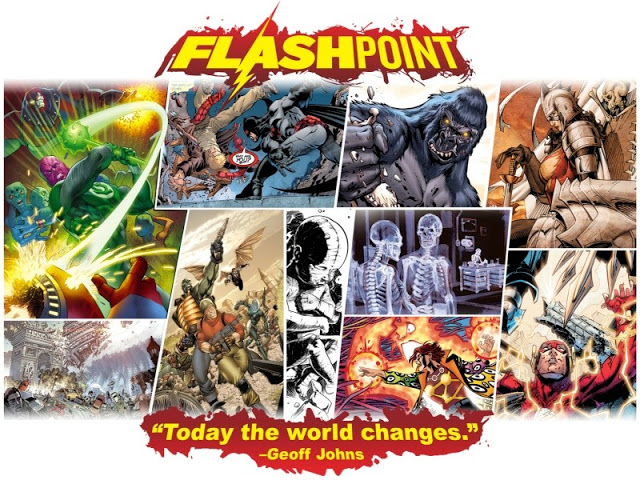 DC Comics announced their summer cross-over story arc with the tag line “Everything will change in a Flash”. Boy, they were not kidding! Everything changed after the events that took place in an altered timeline where the Atlanteans and the Amazons are at war with each other. Bruce Wayne’s death caused Thomas Wayne to become the Dark Knight while Martha Wayne went insane and became the Joker and Reverse Flash revealed that it was Barry Allen who is responsible for the distorted timeline when he traveled back in time to stop the murder of his mother. A heavy hearted Flash enters the timeline to make things right which means his mother will die and in the process he sees three different universes DC, Wildstorm and Vertigo and is informed by a hooded woman that the world was split into three separate worlds to weaken them from a grave threat. 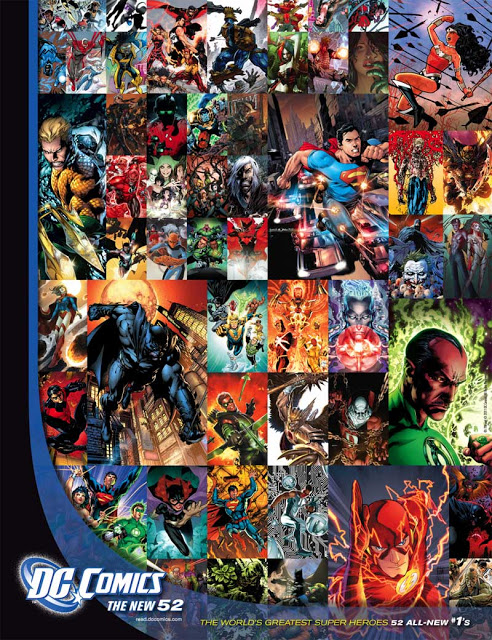 Controversy creates cash and the DC Comics reboot has proven thus far that rewritten continuities, new characters and re-introductions is generating nothing but $$$$ as comic book interest is at an all time high. Wildstorm and Vertigo became a part of the DCU and all of the characters are younger. The Justice League has been the highest selling comic book for three months in a row, no one can make any sense of Batman continuity, Oliver Queen is the new Steve Jobs, Superman prefers jeans, Sinestro is once again a Green Lantern, Animal Man #1 was the critically acclaimed best of the first issue releases, Batwoman produced some of the most stunning artwork in the game today and Geoff Johns made Aquaman cool again.

There were a lot of other things that made 2011 a fun year for comic books.

Batman Incorporated may have started in late 2010 but the series gained traction in 2011 and ended with a bang as Leviathan Strikes set the stage for the series return in 2012. Greg Rucka and Mark Waid deserve a big thank you for making Daredevil and Punisher fun again, Locke and Key’s Clockworks revealed more about the Omega Key and continued to produce a consistently great series, Kevin Eastman showed us the real Teenage Mutant Ninja Turtles, Archie met KISS, Wolverine crawled inside a dragon and used him as a disguise to break into Jade Claw’s palace and bought the fire breather a beer after they kicked some serious ass, Jonathan Hickman’s The Red Wing was a surprise hit and Scott Snyder can write one hell of a Batman book. The silver screen treated us to X-Men: First Class, Thor, Captain America, Transformers: Dark of the Moon, The Green Hornet, Sucker Punch and a atrocious movie featuring some guy named Hal Jordan.

Long time comic fans lost the continuity and stories of the old DC Universe they grew up with and loved while the industry lost several of its most talented creators as Dwayne McDuffie, Gene Colan, Catherine Jeffery Jones, Eduardo Barreto, Mick Anglo, Jerry Robinson and Joe Simon passed away. Their work was and will continue to be enjoyed by millions all over the world as their influence and creativity will never be forgotten.

Thank for all for reading this column and supporting Forces of Geek over the past year and I wish you all a safe and happy New Year.

In this article:Best of 2011, Comic Books/Strips, The Pull List