I’ll be honest, can I be honest?

I would hope I can speak plainly, we’re all friends here.

True, you probably haven’t ever heard of me as this is the first time this column is being published and the odds of me actually meeting you face-to-face are pretty much nil

You’re the kind of guy/gal I can level with—I assume—and I’m going to do that.

I have this drawer, where I keep comics. Yeah, yeah, most people keep clothes or towels in drawers, but in an end-table by the bed I have a drawer full of comics.

The thing is…I don’t remember some of the comics I’ve put in it. This means either I’m horribly forgetful, or this drawer is actually, well, magic. You heard me, I have a magic drawer and it gives me comics. I’m going to share with you what it decides to have me take out of it.

My magical comic drawer seems to have given me something called T.H.U.N.D.E.R. Agents Volume 1. 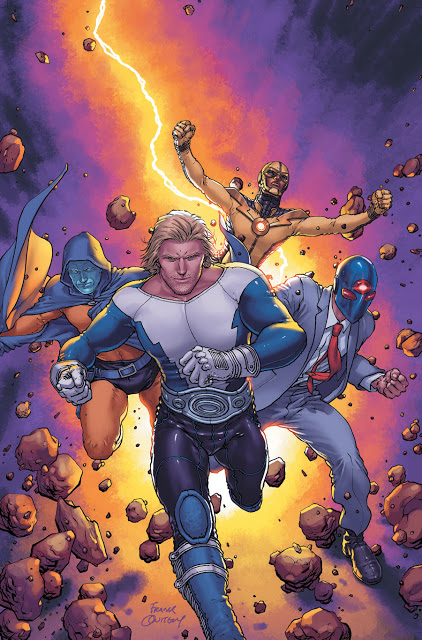 Well, despite having had other companies publish their stories, right now DC Comics is doing it, and the basic idea is that the United Nations has developed the technology to give regular folk powers but with the side-effect that these powers will end up killing them. In the comic this agency has been around for decades (sort of how the series has been in real-life too), but due to a recent mission that went horribly awry and resulted in a T.H.U.N.D.E.R. Agent being captured, the UN has to bring in a whole new team. Now, a comic about a team being put together and going on a mission could be dull, even if that mission is interesting.

Well luckily this comic has a quality writer in the form of Nick Spencer. 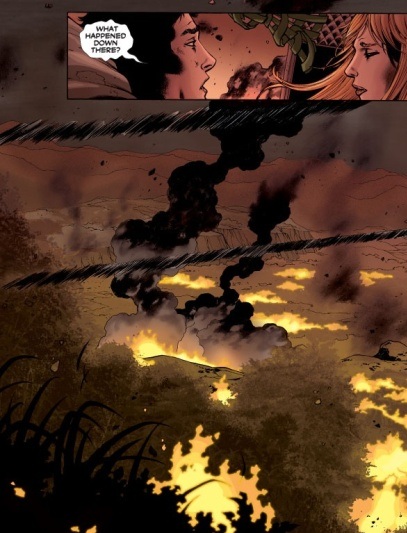 He wrote a humorous one-shot for DC Comics about Superman’s friend Jimmy Olsen (titled, Jimmy Olsen) that was quite a good yarn thanks in part to its great comedy, but he also did a few issues of a comic called, Secret Avengers, where a supposedly black-ops team of Avengers fought the Lincoln Memorial.

When I think, “super-spy action,” I don’t think, “Lincoln Memorial coming to life.”

However, Spencer is firing on all cylinders here, with a plot that has suspense, humor, action, and great art—although that is thanks to the various artists (more on them shortly). Through his clever use of jumping around to various points in time and shifting to other character’s perspectives we see a richly layered story take place full of complex twists and turns where “good guys” may not be that good and “bad guys” possibly just want what’s best for the world. What am I talking ever-so-vaguely about?

Well, you see the basic plot is that the T.H.U.N.D.E.R. Agents have been fighting this terrorist agency known as Spider for quite some time, and due to the aforementioned mission going all wrong and Spider capturing a teammate things have gotten quite serious (would you want an important member of your team who knows a lot of secrets being captured by your arch-enemy? I think not). The thing is, some clever plot twists put a lot of what we think we know about Spider in question, so don’t think everything is purely good-and-evil.

I mentioned how to keep things intriguing Nick Spencer jumps around in time, and I also promised you I would get back to discussing all the various artists, didn’t I?

Well, what if I told you those two aspects work together beautifully in that for different issues when we jump to different time periods we get varying guest artists to illustrate segments?

Well, what if I also told you these guest artists included greats like Howard Chaykin and George Pérez?

Oh, and I didn’t mention but for the first half of the book for most of the “modern-day” sections we get the great art of Cafu. After the first half of the book the style shifts for modern-day and past segments as the story becomes about one of the T.H.U.N.D.E.R. Agent, “handlers” going on a mission to kill her mother (who also happens to be a super-villain). That is by no means a bad thing though as the story keeps going along at an exciting pace. 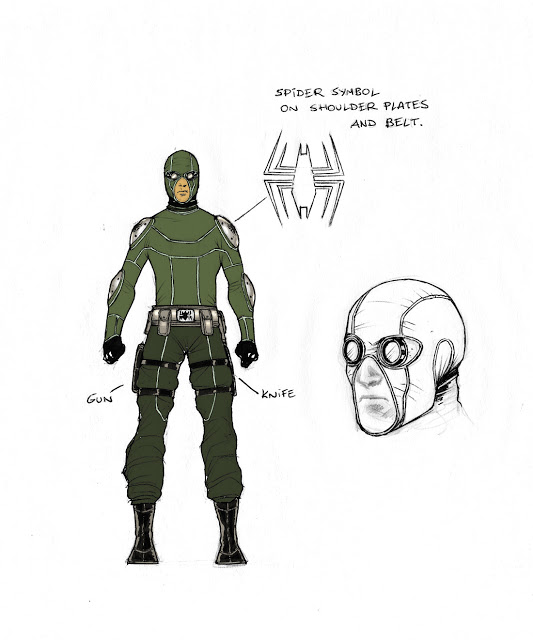 This may sound interesting, but also so dark and depressing you want to go drown in a sewer. I mean, we are talking about people who use powers that slowly kill them, after all.

Well, Spencer works in humor, and makes sure to give us moments of levity so that we can relax between all the intricate plotting and heavy-stuff. I knew nothing about the T.H.U.N.D.E.R. Agents when I started reading this, and you don’t need to either. Plus, even though this is published by DC Comics, it is a bit removed from all those other DC heroes, so if you aren’t a fan of the Justice League or such, there is nary an appearance by them. If you do like them, well, I do too, but they just don’t happen to appear here.

T.H.U.N.D.E.R. Agents Volume 1 is a good read for those who are interested in super-hero comics but are worried about all the back-story they may need to know for big-name heroes with years of history. The characters and concepts may have been around since 1965, but DC and Nick Spencer were smart enough to realize this would be the first exposure to the team for many. Therefore, the story is accessible in the sense you need no prior knowledge, but still complex and creative in its actual plotting, with great art to boot.

Give it a shot and perhaps put it in your own comic drawer.

In this article:Book/Comic Review, Read This, Written by David Bitterbaum