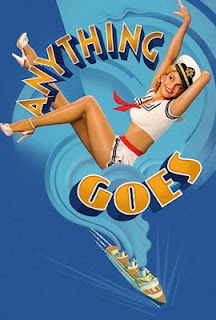 WHO’S IN IT:
The heart-melting Tony Award winner Sutton Foster, last seen in SHREK as Princess Fiona and Oscar, Globe and Tony winning legend Joel Grey, last seen in the original production of Wicked.
WHERE YOU HEARD THE TITLE SONG FIRST:
Indiana Jones and the Temple of Doom as sung by Kate Capshaw (in Mandarin no less)
WHY YOU SHOULD SEE IT:
Old-fashioned Broadway spectacle don’t get any better than this. Even non-musical fans will be tapping their feet on their way home from the theatre. Also, we know you’re coming to New York to see the William Shatner show on Broadway anyway, so at least check out something more traditional.
COOL FACT:
All tap numbers get a boost from microphones planted in the heels of dancers on stage.

The choice of Broadway shows currently playing could drive a person crazy, to borrow a phrase from Stephen Sondheim. While that disastrous musical mess that is Spider-Man Turn of the Dark continues to inexplicably rake in big dollars, the fourth (yes, fourth) broadway musical based on a film originally starring Whoopi Goldberg is about to mount (Ghost).
Coming up on an incredible one year anniversary is the latest Broadway revival of Anything Goes from the Roundabout Theatre Company. It’s made even more incredible since apparently all of the energy in the show (and there’s enough to power a cruise ship) feels intact from the day it opened. 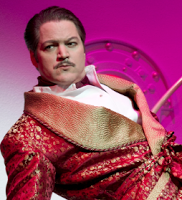 Originally mounted on Broadway in 1934 at the Alvin theatre, this new production benefits from the high tech renovated Stephen Sonheim Theatre tremendously, taking basic show-stopping choreography up a few notches with elegant set pieces and seamless costume changes. This production goes the extra mile for a revival of such a classic show.
Don’t confuse classic with old though. Anything Goes may have a standard comedic set-up of mistaken identities and unrequited love, but there are some fairly relevant themes of celebrity and infamy that the book wisely pokes fun at. “These are themes we’re seeing today,” actress Julie Halston pointed out after the performance, referencing the show’s mid 30s set time-period sub-plot about a semi-notorious gangster and his amorous passengers. 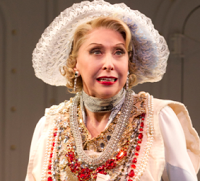 Anything Goes is now playing at the Stephen Sondheim Theatre in New York City. For tickets call the box office at (212) 239-6200 or visit anythinggoesonbroadway.com

In this article:Broadway, Musical, Theater Review