When I was coming of age in the late 90s and early oughts (have we all agreed now to call them the oughts?) I was a big fan of vampires in various media formats.  There were the good-to-bad movies such as John Carpenter’s Vampires and Dracula 2000, the original 30 Days of Night comic—hell, I even saw the Broadway production of, Dracula The Musical which many of the theatre critics hated (then again these are the same people who think Mamma Mia was a masterpiece so what do they know).

Yeah, I loved my vampires because they were brutal, bloodthirsty, and forbidden. Life was good.

Then there was Twilight. It seemed with one book series everyone hopped on the bandwagon of vampires who weren’t scary monsters, full of seduction and violence. No, they sparkled and had angst about hurting anyone or falling in love (I actually did see a Twilight movie, so I do not just hate blindly, that kid shimmered).

Other than enjoying True Blood I was pretty much done with bloodsuckers. Therefore, imagine my surprise when my comic drawer gave me the first collection of the series, American Vampire. 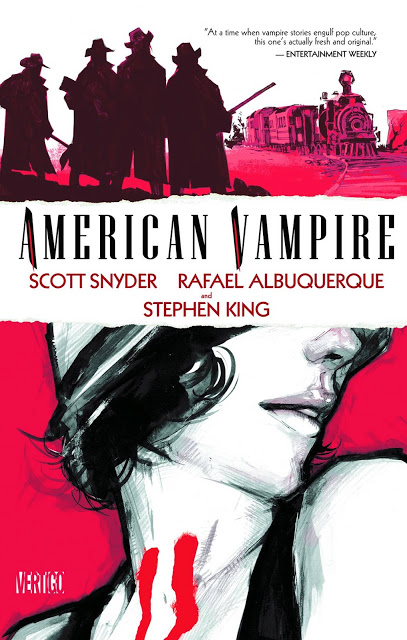 In it I found an interpretation of the creatures that not only brought back the scary and vicious stories I loved, but which had its own new takes I had not seen before.

American Vampire is about vampires, yes, but also much more.

It’s about the pursuit of the American dream back in the late 1800s and earlier 1900s. It’s about the bandit Skinner Sweet who shortly after being captured by the law and attempting an escape becomes a vampire, but a new kind of vampire…one that can walk in the daylight. 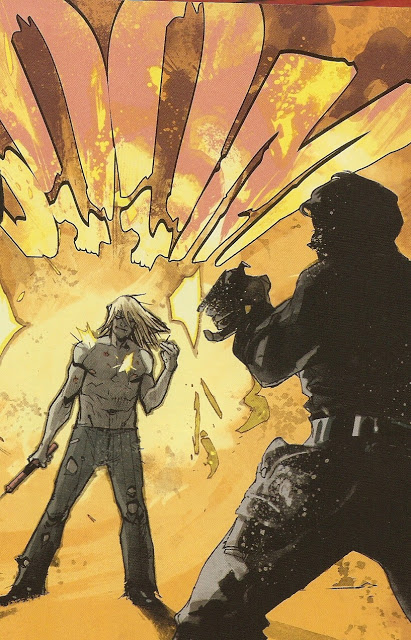 Yes, that’s right, he’s a vampire but the sun doesn’t burn him. There are certain weaknesses, but just as Skinner is hesitant to tell anyone them, I won’t spoil it either. Skinner’s American dream isn’t quite clear to the reader, but another character we meet named Pearl Jones has as well known a story as any.

A young woman trying to be an actress, struggling to makes ends meet, becomes a day-walking vampire and goes on a murderous rampage (okay, maybe the story isn’t fully old-fashioned). Still, compared to the vampires from the old European countries Pearl and Skinner face, these new ones with their different abilities make for stimulating reading.

As for how we read about Pearl and Skinner, each of the five chapters that make up the book happen to be split into two halves.

The first half is written by Scott Snyder and takes place more in the present (well, our past as it is 1925, but you understand) following the series of events that take Pearl Jones from actress to vampire, and the second half is about how Skinner Sweet became the unique vampire he is. 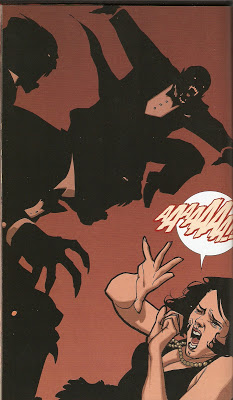 In what is especially exciting, these sections are written by none other than Stephen King (in what was his first comic book work).

Rafael Albuquerque illustrates both sections so there is a strong feeling of coherency between the halves, which works nicely as Skinner appears in both segments—he is in Pearl’s part of the book to guide her along in becoming a vampire because after all, if you woke up from the dead wouldn’t you probably need someone to give you an FYI?

Snyder’s sections are written very well, carrying suspense about what will happen next to Pearl as the plot keeps twisting in ways the reader doesn’t necessarily expect.

It’s no surprise DC Comics decided Snyder was so good at this comic they gave him a shot at their super-hero series and now he is writing the immensely popular Batman for the newly re-launched DC after a startlingly good run on Detective Comics.

Oh, and would there be any question that Stephen King’s sections are written well?

As he is known for horror it is interesting he frames his origin of Skinner Sweet through an author who wrote a horror novel about the bandit, and it works superbly.

To each writer’s credit their styles mesh well enough to avoid a tonal clash and you don’t get a feeling like this dish you’re enjoying had two chiefs—with the dish in this case being the comic (don’t eat your comic though, the ink will probably make you sick). 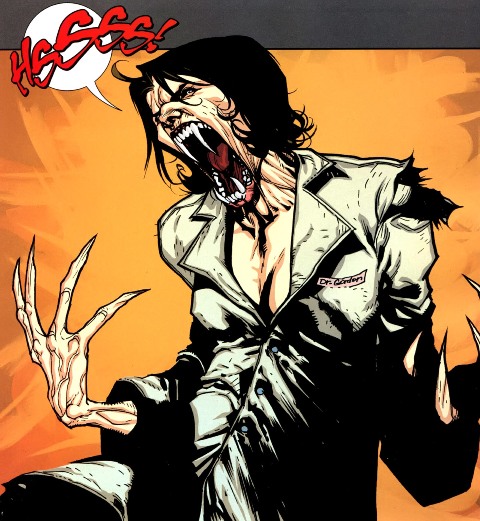 Rafael Albuquerque knocks it out of the park with his art. The vampires are creepy, coming across as both sickly and imposing at once somehow, and even though the book can be violent it never feels over-the-top and disgusting like some of today’s gross-out horror flicks. There is some gory art in here, but that won’t stick with you as much as how he makes everything look so snazzy. Those American Vampires just look terrifying. 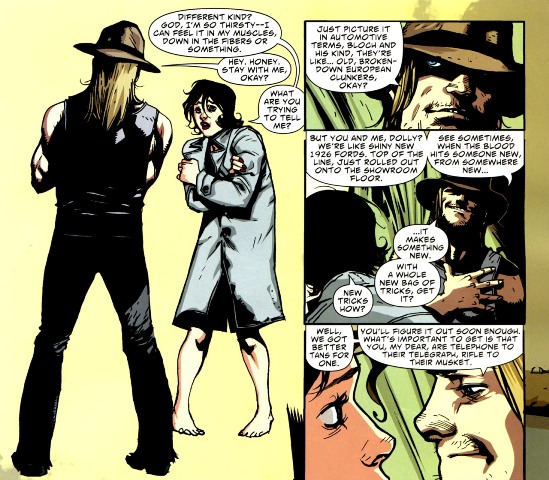 Usually I would have some faults to list with a comic, but I can’t really think of anything that stood out to me as troublesome with this collection. My magical comic drawer made a really good selection. There was some suspense, horror, great art, and one feature I consider very important, no vampires sparkled.

As Stephen King himself says in the foreword of the book about vampires, “It’s all about giving back the teeth that the current ‘sweetie-vamp’ craze has, by and large, stolen from the bloodsuckers. It’s about making them scary again.”