It’s a theory of science that says “In most horror films, there is always a character who the majority of the audience wants to die.”

First and foremost, I am not a scientist.

You can see that by the way that I just used “theory of science,” which is like saying “math has numbers.”

But, I am an avid fan of horror movies, and despite how little I know about standard academia, I know a shit ton about slasher films. And I know that, in most of these films, there is a character who I want to see annihilated by means of machete, axe, chainsaw, butcher’s knife, etc. And I also know that there are certain levels that pertain to the amount that I want this person to be hacked at.

So I developed a trusty guide for these feelings, called The Franklin Scale. 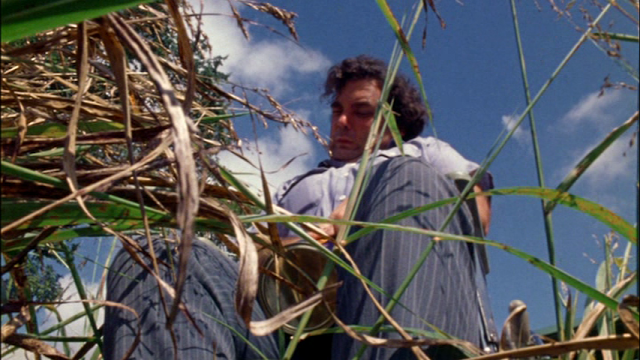 Named after the annoying cripple, Franklin Hardesty, in the original The Texas Chainsaw Massacre, the different levels of this scale pertain to the emotions displayed by Franklin in the aforementioned film.

Because when the helpless, wheel-chair bound character is the one you most want to see turned into a hillbilly’s dinner, you know that something special is happening. So prepare to give a name to your pain, readers.

And that name is Franklin. 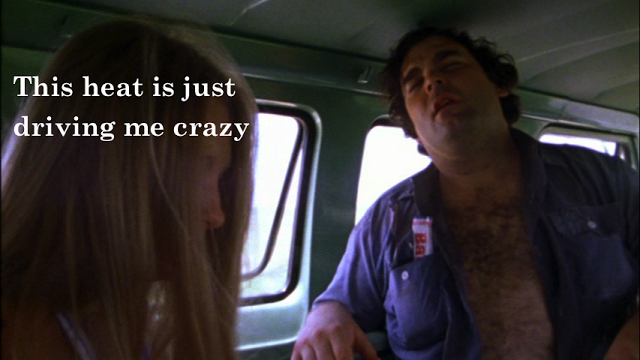 Complaining Franklin
You’ve been introduced to the group that will serve as the protagonists of the film. And with that introduction comes the separation of one character from the rest. This character, now at the stage of Complaining Franklin, will inevitably become the most annoying being in the film. He’s usually the bad comic-relief, or the total pansy, or the completely unlikable nerd. You immediately separate him because, out of all the characters, he/she’s the one that you’d most likely “forget” to ask to come hang out with you. They’re special in all the wrong ways, and when the movie has “Chainsaw” and “Massacre” in the title, you’re subconsciously expecting them to fall victim to improper use of tree-cutting equipment. 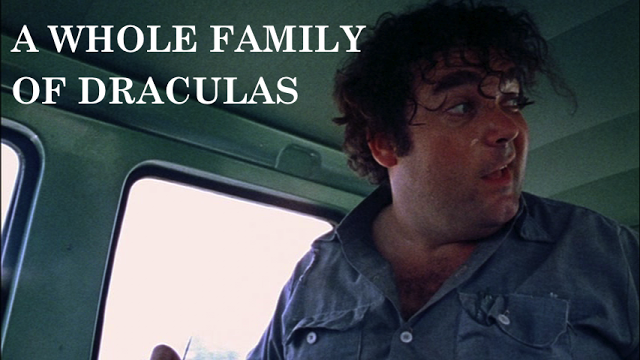 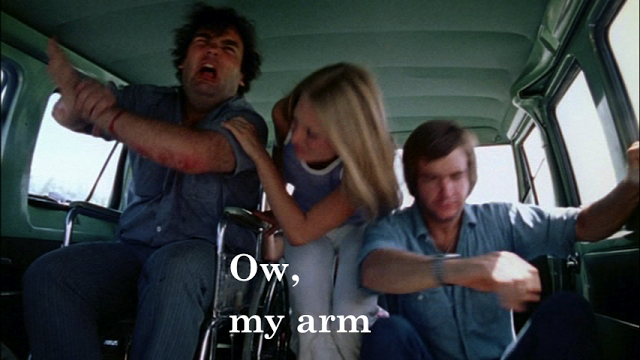 Hurt Franklin
Hoping they meet a bad end turns into actively waiting for them to be slaughtered. The Hurt Franklin becomes the character that people mock while watching the movie. Except the mocking isn’t “Don’t go through that door, idiot! Dude’s got a knife!” It sounds more like “Shut up, Franklin. Yeah, you got cut. No one likes you anyway.” You hate someone so much that the part of your brain that empathizes with physical pain in others shuts off, and is replaced by another part of your brain, the part that controls the “Haha, and that loser can’t even walk!” sense. 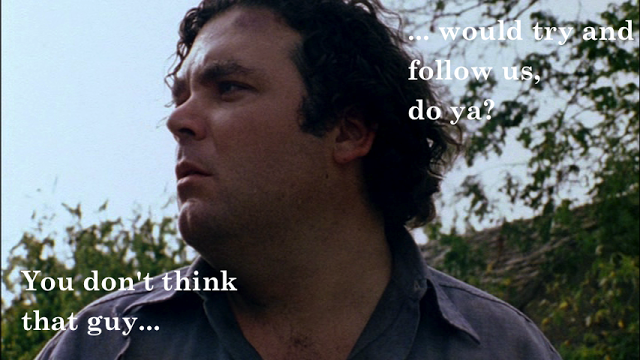 Paranoid Franklin
It’s in this part of the film that the annoying character, formerly just disliked by the audience and real people, becomes disliked by everyone else in the movie. The other characters start to ignore them when they become Paranoid Franklin, and the plot tends to separate. One plot now concerns the normal people and the murders occurring or mystery that is taking place, and other now concerns the Paranoid Franklin, who will now spend the remaining film making lame jokes, pursuing futile sexual conquests or simply complaining. 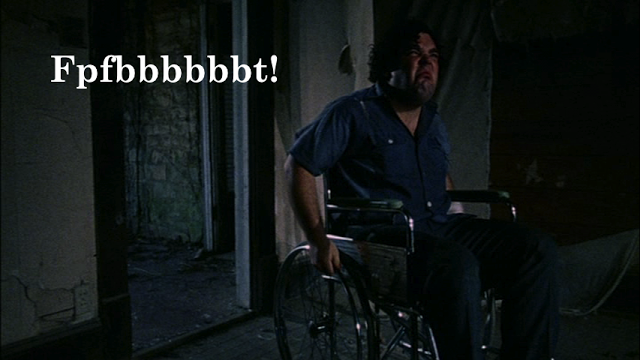 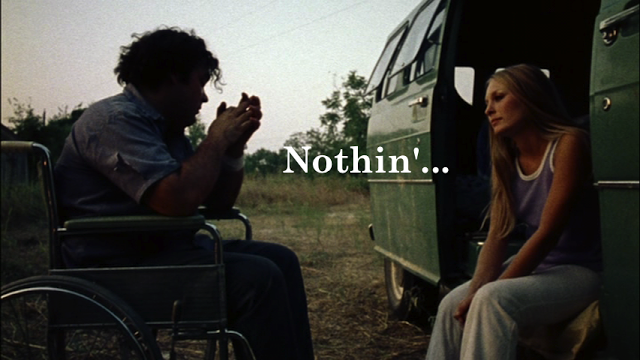 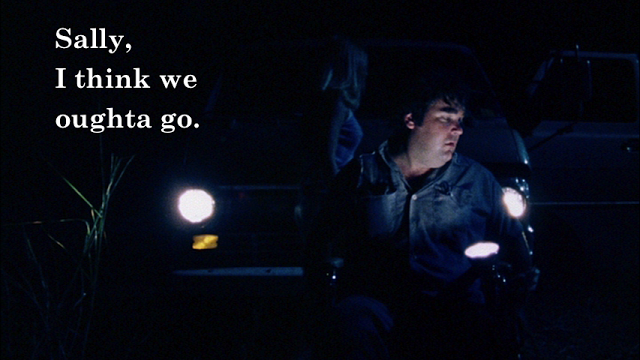 Argumentative Franklin
In the case of Chainsaw, there are only two characters left. And Sally Hardesty, who seems to be making sure that wherever a bra is, she isn’t, is surely not going to die. So that leaves Franklin. When a character becomes an Argumentative Franklin, they’re time is up. 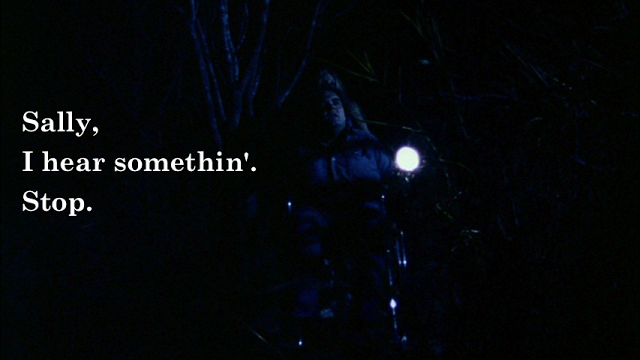 Believe me, I know science. 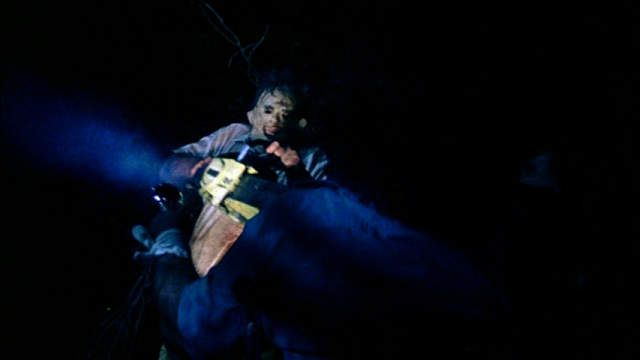