I saw The Artist last week. And now I’m reading The Hunger Games, and then I’ll see the movie.

I’ve given in to the cultural frenzy.

You know it, too. 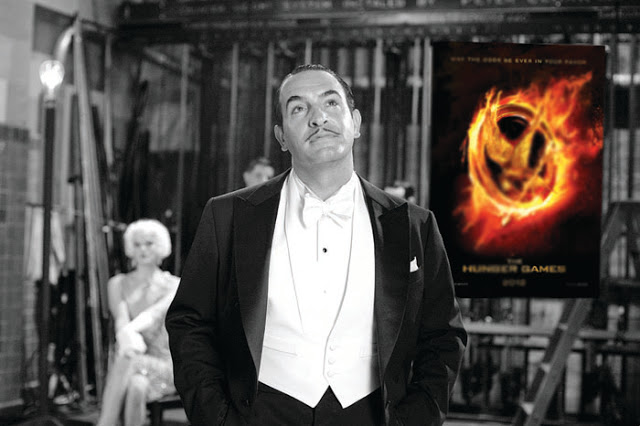 That rush in the head, building from the base of your skull and then radiating throughout the body. It’s an excitement the geek knows all too well. It’s a critical mass building into a cultural frenzy.

Geeks know frenzy well because it’s at the heart of geekdom.

You latch onto something – a movie, type of music, superhero character, etc. – and follow it down into the endless depths.


James Cameron just did that, literally, by plumbing the Mariana Trench like he’s Deep-Six from G.I. Joe. 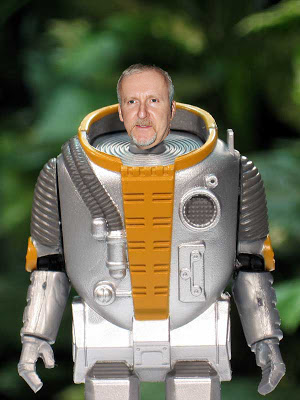 Cameron’s a tech geek and an ocean geek, and his latest exploits have combined both. Exploring the Titanic’s ruins wasn’t enough for him; now he’s perfected a custom-built unobtanium-lined submarine to travel under 6 miles of water.

Being a geek requires more than dedication or mastery, but obsession. Sometimes that geekery translates and builds that cultural frenzy pushing everyone to talk about it, even if they never see or read it. Because geek culture is now pop culture.

The Artist is a prime example. Things don’t get much geekier than silent films about old Hollywood. Add a charismatic actor in the lead role, and an adorable little dog, market it to the arthouse and tastemaker crowds correctly, and Oscar dreams come true.

And for The Hunger Games? I’ve heard about these books for years, and watched the cultural frenzy and excitement build into its Hollywood explosion. I’ve never seen so many girl geeks out in the daylight, even if they’re geeks only for this one moment. Like how everyone a Tolkien geek and Harry Potter geek now.

Geekdom can be daunting.

Lucky for us, we live in a geek’s paradise because of the Internet. Geeks too to the online world early on to erect fan sites that became compendiums to their favorite obsessions. Wikipedia also helped me catch up on DC Comics’ years of giant crossovers I didn’t care to bankrupt myself buying. The Onion A.V. Club even runs a feature with primers on the Conan mythos, anime and the “new wave” of British heavy metal.

But there’s something sad about the current state of Internet-fed geekery, for us analog-age oldheads: It’s too easy.

Thanks to the Internet, everyone’s a geek now. All the wacky stuff gets disseminated as soon as it’s out. Shit, remember when you liked dubstep for five minutes? Now it’s in Britney Spears songs.

Geek comic extraordinaire Patton Oswalt wrote in Wired a few years ago that all America is geeked out, and he longs for the old days of geeking.

Oswalt shares that “chilly thrill of moving with the herd while quietly being tuned in to something dark, complicated, and unknown just beneath the topsoil of popularity.”

But that’s over now, Oswalt says, in a world where “our below-the-topsoil passions have been rudely dug up and displayed in the noonday sun.”

A whole generation of geeks now can consult a search engine, i09, Kotaku or Hero Complex to find out whatever. Are you an indie-music geek? You’ve got Pitchfork, Bust, Okayplayer and 6 million blogs to mine. Geeks no longer have to sift through late-night hours on the radio to find an obscure band, or hear about a cult classic from your older brother’s friends, or hear about weirdo movies from geeks you meet in college or down at the local comic book shop, or read about in a zine.

But there’s a ton of upside, too. Otherwise, I wouldn’t be on this fine, fine website you’re reading this column on right now. I don’t want to be a grumpy old geek, because let’s face it: We have everything we’ve ever wanted.

But it’s not an authenticity contest, is it? I try not to judge.

On vacation in Jamaica last year, the fiancee and I ran into a super-muscled dude with a shaved head walking around with a pair of obvious stripper-looking women. Easy enough to look at him, and look at us, and think we wouldn’t have a thing to say to each other. Then he turned around and had a Popeye shirt on. We talked with him for about 15 minutes, and he was wicked nice.

So sometimes, sharing the geekery doesn’t hurt at all.

I’ll have to remember that when The Dark Knight Rises, The Avengers and Prometheus come out this summer, and I see them six times each.