What have I watched lately?

What have I enjoyed lately?

And most importantly, what should you avoid?

Welcome To My Queue… 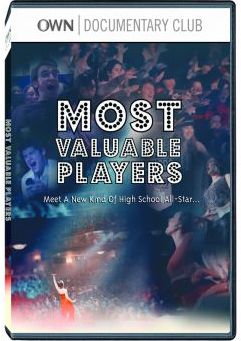 The Pitch
Across the USA, high school sports are regularly lavished with funding, publicity and scholarships, while theater departments struggle to put on the school musical hoping for some attention of their own. It’s no different in the sports crazy Lehigh Valley, PA, except for the “Freddy Awards,” a live television event that recognizes excellence in local high school musical theater. Illustrating that arts education encourages the same teamwork, camaraderie and confidence as sports, Most Valuable Players follows three theater troupes on their creative journey to the elaborate award ceremony – the “Super Bowl” of high school musical theater.

Most Valuable Players demonstrates arts education in action, reminding us why the performing arts must remain vital in the lives of young people.  In the face of shrinking budgets, schools and communities must band together to preserve and nurture arts education.


The Review
Across this country, the arts are considered the scholastic bastard step-sibling of athletics.  Even though we live in a celebrity culture, athletes still command top dollar via actual contracts and virtually the potential to earn tens of millions of dollars via endorsement deals.

This documentary is important.  And not just because Oprah and Rosie O’Donnell tell you that it is (and they do, prior to the film beginning).  It’s important, because it stresses the importance of arts programs and the collaborative nature of theater.  Once of the students compares it to sports citing both the camaraderie and social groups that extend beyond the school hours.

The Freddy Awards make what these kids do important, at least in the eyes of a community (and culture) that stresses the importance of high school athletics.  There’s even a subplot with awards coordinator Vic Kumma being diagnosed and fighting cancer (and the tremendous outpouring of love and support that he receives).  The film culminates with the Freddy Awards and the three schools (two performing Les Miserables and the other, Bye Bye Birdie) each walking away with several awards.

But, overall, I wasn’t impressed.

Much of the footage feels staged, but unlike other seemingly staged documentaries (in particular, I keep going back to American Teen), I don’t feel anything about any of these kids.  No one has a distinct personality, there’s no challenges presented and it’s presented as such an overall positive anachronism, that there’s little believability.  The nice kids win, but really everybody wins, including Mr. Kumma (who has cancer, but that not depressing kind).  Extras include commentary, featurettes, interviews and deleted scenes.

Most Valuable Players is a positive reminder of the importance of the arts in public schools; but unfortunately it’s a reminder how to manipulate an audience.  If you want something more realistic, watch Glee.