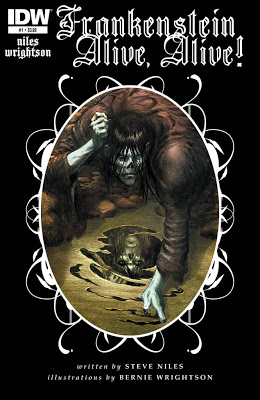 The story takes places years after he “died” on a funeral pyre and he is at peace while working as a circus freak.

Steve Niles adds another notch on his horror belt as he weaves a tale that recalls Frankenstein striving to embrace his humanity.

It’s a struggle that traces the line between truth and treachery because there may not be humanity to begin with. Life and death can make strange bedfellows especially when consistent torment from your creator can make you crave one over the other.

He has found balance right now but is there something that will take it all away?

What really makes this stand out is that is not a story about a brooding monster, but a monster of a man in search of something bigger than himself. 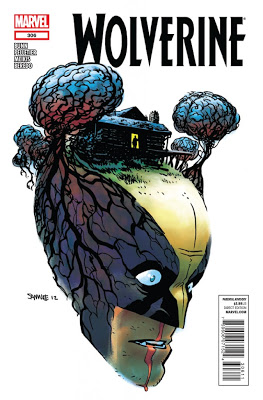 Bizarre is the one word I would use to describe this story.

However, this is a comic book column so I’m required to tell you more.

Wolverine is wanted by the police in connection to a rash of murders. That is bad enough for most people but it gets worse as he is hunting Dr. Rot, he is attacked by three of Rot’s creations who resemble the sadistic backwoods serial killers from Rob Zombie’s House of 1000 Corpses.

If I had to use a phrase to describe the art is would be ultra violent.

There is tons of slashing gore as the pages are dripping with Wolverine’s blood as his healing factor is push to limits we haven’t seen in sometime.

Cullen Bunn has a great handle on the character and his clever use of inner thought dialog is similar to how he uses it in The Sixth Gun.

The ending is guaranteed to make you come back for next month’s issue. I know that is what comics are supposed to do and the good guy is always able to MacGyver their way out. Bunn has created a situation that truly has me scratching my head because I have no idea how Wolverine is going to get out of this situation. 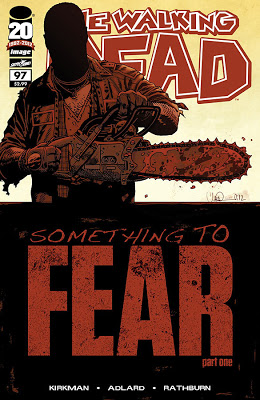 For the first time, in a long time, Rick sees light at the end of the tunnel.

The gang heads out to gather supplies and fulfill their agreement to keep the Hilltop community zombie free. Andrea and Michonne think it’s a bad idea but the prospect of a peaceful life is just too appealing to Mr. Grimes; so appealing that he even reconsiders a relationship with Andrea.

I’m not sure if this is a false sense of security or if Rick has just had it with dealing with the walkers?

Everything seems too good to be true and we all know how that works out in this series.

One thing that is great about Charlie Adlard’s work is that he depicts character emotion that it is truly on another level compared to other comics.

From Rick’s ever growing peace of mind to Maggie being excited to see Glenn and share some wonderful news, Adlard truly captures the heart of these feelings. It is safe to say that the chain of event that will lead for the milestone 100th issue is where business will pick up and heads and guts will roll. 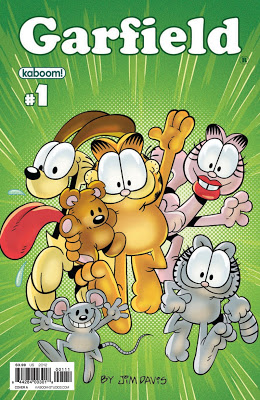 Everyone’s favorite orange feline is back with his own monthly series.

Things kick off with two adventures about a “rare” Ultra Powerful Guy comic book and a mouse of a meal that not even Garfield will eat.

These are truly situations that only he would find himself in and they will make you chuckle more than once.

Mark Evanier’s script provides the perfect balance for fans who want that Sunday comics feel and those who prefer contemporary comics off the rack. Jim Davis’ influence is all over this issue with tons of lasagna scarfing moments and a first appearance variant cover. 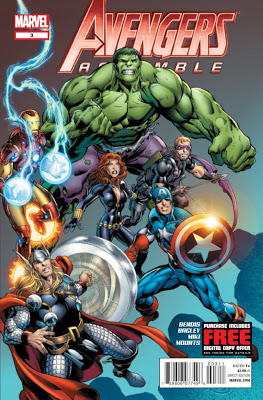 If you were recently blown away by the Avengers movie and comic books are not a part of your Wednesday ritual; this is the perfect comic book for you.

The team from the movie takes on the mega powerful Zodiac team and can’t find a way to stop them. You can’t tell the artists had a lot of fun drawing this book with splash pages galore and lots of KRASH and SLAM sound effects to go around.

Not too complicated of a story but that doesn’t stop it from being a fun read. 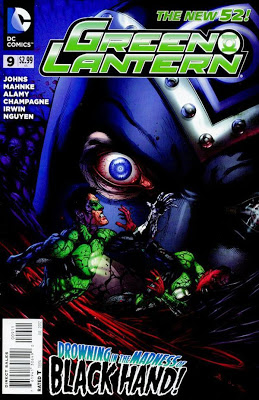 The secrets of the Indigo Tribe are revealed in a story where everything that has transpired is because of Abin Sur.

This is the best Green Lantern issue in the last few months and besides the excellent story, the art work is excellent too!

Sinestro being transformed by the tribe are just one of the many powerful images this book is laced with.

Make no mistake about it; this is the definitive issue where the past and the present collide to dictate the future. 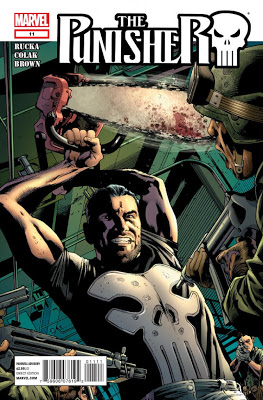 One of the great things about Greg Rucka’s run on The Punisher is that he doesn’t need Frank Castle to produce a great comic book.

Don’t worry, he appears in the issue but the crux of the story revolves around an NYPD interrogation room.

Parker’s ex-girlfriend, Carlie Cooper, has a cameo and what else???

While Marco Checchetto’s work was absent this month, Mirko Colak’s clean depictions bring a little something extra to this issue.

Overall, this is another great example of why The Punisher is consistently enjoyable to read. 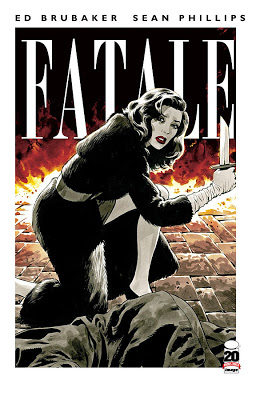 The end of Fatale’s first story arc assembles the jigsaw puzzle of a mystery that extends beyond what anyone could have imagined.

One consistent compliment about this series is how the creative team is so in sync with the storytelling process. Hank Raines being chained up in captivity was creepy to observe as the cult henchmen draped in their blood red robes planned his demise.

Walter Brooks is at a crossroads and must choose greed or redemption. The chilling and cryptic ending makes Josephine more enigmatic than we first thought.

Sean Phillips’ drawings are always spot on, but it’s Dave Stewart’s coloring that truly makes the artwork shine in this issue as it flawlessly conveys Brubaker’s dark noir.