I reviewed a book by Warren Ellis not that long ago called, Supergod.

A part of me was thinking it might be a bit soon to post another thing by him, but I always see the particular comic run I am going to talk about lauded by people and I agree fully so I think it is okay.

I guess my magical comic drawer just knows I love work by Ellis so much that it keeps giving me his books. 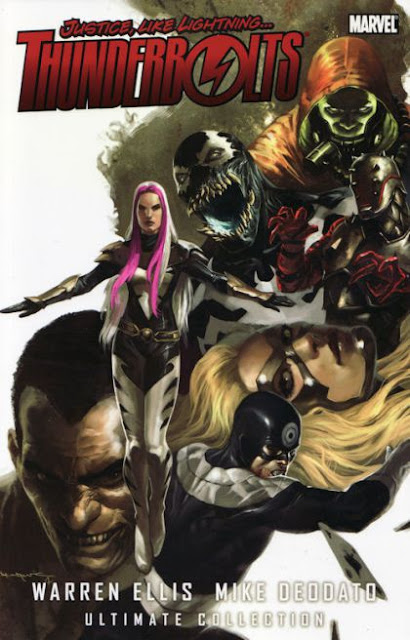 So, several years ago the Marvel Universe had a “Civil War.”

Heroes had to register their identities with the government or face imprisonment. Iron Man liked it, Captain America didn’t. It resulted in a big event comic where people fought and in the end those who said people had to register were the victors.

For some time, Marvel had been publishing a title called Thunderbolts, which featured Marvel bad guys pretending to be heroes.

Warren Ellis took over the title during Civil War and did something verrryyyyyy interesting with this concept.

He took the idea that in the fallout various villains could possibly register their identities and basically say, “Sign me up as a hero,” and Ellis’ writing run with Deodato on art was born.

People like Spider-Man’s symbiote-villain Venom were on this team and suddenly had hilarious in-comic faux television advertisements showing people like he fighting the, “Terrorist Captain America!” instead of being considered a monster. 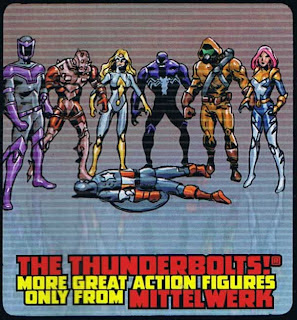 Daredevil’s least-favorite person in the world (considering he’s killed various girlfriends), Bullseye, was even on this team of supposed, “heroes.” 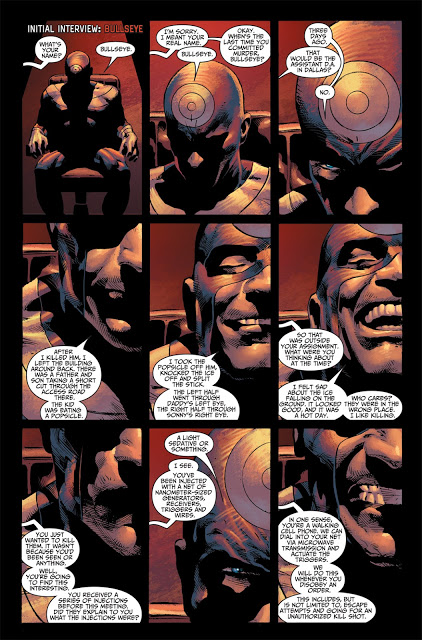 That’s just two people of the motley crew and it illustrates what kind of people we’re talking about.
Who could lead such a dangerous group of people? Who could possible keep this powder keg in line? It would take someone incredibly composed, patient, and not-as-crazy as the people they lead. Yeah, so they picked a “reformed” Norman Osborn AKA The Green Goblin to be in charge of this madhouse. Uh-oh. 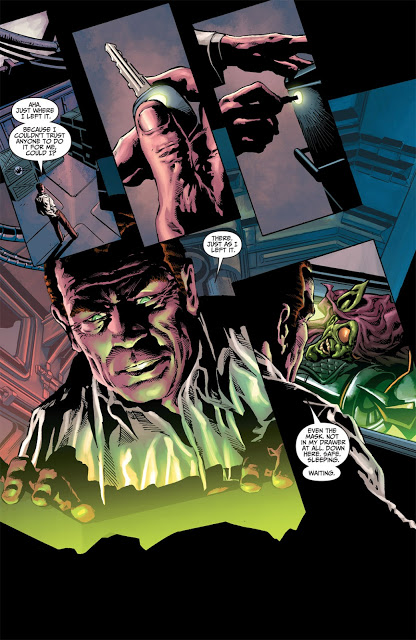 Through Ellis’ time on this comic we see the group operate horribly inefficiently yet have enough press, “spin,” that they always come out on top.

Is it any surprise that it doesn’t take long for things to go wrong and the team’s base of operations to become a bloodbath of fighting before Ellis’ run ends?

This says nothing of Deodato’s great art. With his dark style he takes these bad guys and makes them look imposing but also still just slightly comic-booky. He lays out a page masterfully and when something explodes, you know it exploded thanks to his detailed drawing.

With Deodato’s great art to work with him Ellis masterfully works in ideas of politics in this world of super-heroes. A Native American super-hero we meet during Ellis’ run points out how with hero registration we get dangerous nuts like the post-registration Thunderbolts running about while good guys like he are considered the bad guy.

The news interludes that occur touch upon points that the Civil War comic barely did, such as with all these heroes registered would that mean the U.S. basically has its own super-hero military, or is this just like gun registration—but what does it mean if we think of our heroes as guns that have to pointed in the right direction like a simple object instead of a person?

Then there is the ad for a fake reality show to be the next Thunderbolt (now that’s darkly hilarious). 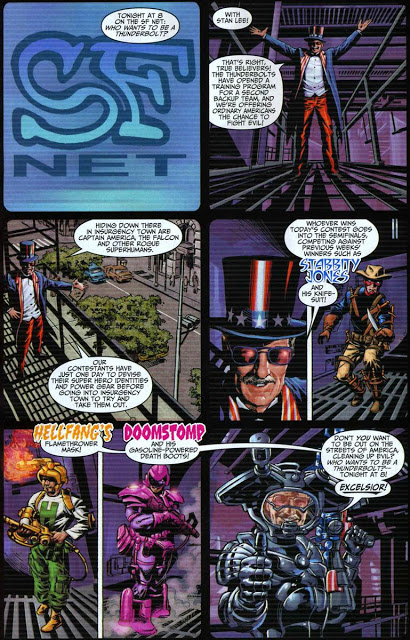 As I said though, everything begins to crumble and don’t be surprised if Norman Osborn puts on the Green Goblin outfit and wreaks a little havoc with it. 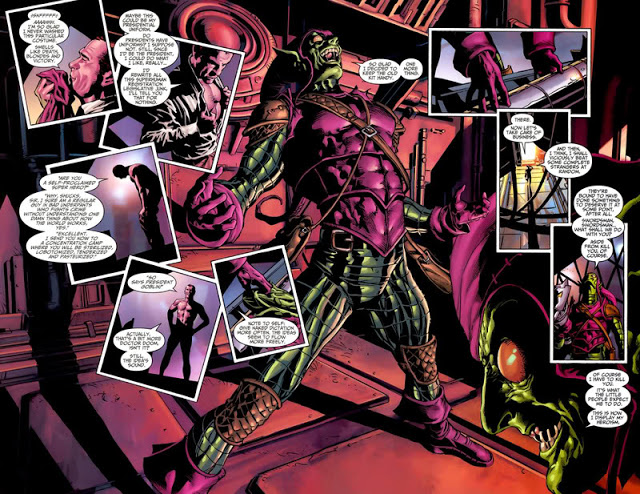 Yes, this is the kind of comic that gives a reader everything they could want. Political allegory, riffs on the news, heroes fighting, and lots of big explosions.

This is an amazing run by Ellis and Deodato and having a book that collects all of their material is just fantastic.

I would recommend reading this without hesitation. When you take the worst the world has to offer and make them into heroes, whilst making the heroes out to be villains, you may create a sad world, but you also get an awesome comic. 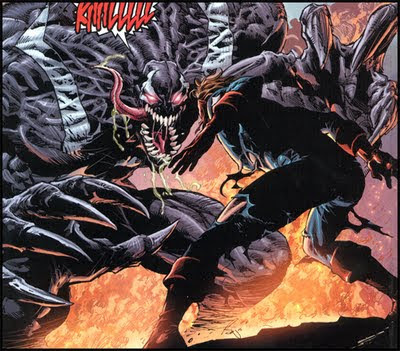