It was a pretty exciting weekend attending the ICON 7, The Illustration Conference held this year in my hometown of Providence, RI.

With a day dedicated to lectures at the Rhode Island School of Design and a day of small workshops, Friday and Saturday consisted of two long days of guest speakers.  The opportunity to observe as a journalist was interesting, but in terms of networking I can’t imagine how exciting the show must be for working illustrators to put faces to names as well as the opportunity to interact with some of the most talented and most important names in illustration (including some legendary art directors).

One important thing to note, is that I don’t think I’ve ever been in an environment where I’ve encountered nothing but the most interesting, smartest, and engaging people that I’ve ever met.  If you are a professional artist, this is an opportunity that really shouldn’t be missed.

Bob Staake
Staake was fascinating discussing the importance of utilizing the different styles which keeps him from getting bored; from bright, colorful children’s books to his photorealistic magazine covers, Staake never lets his imagination stop.  He makes books that he wants to see published; making them first and finding a publisher later. 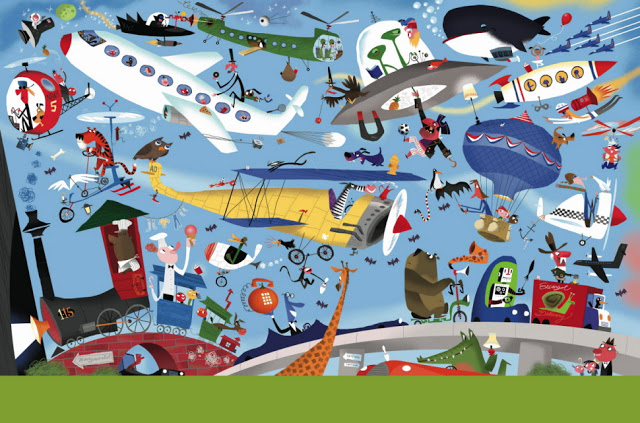 Jessica Hische
It’s pretty hard not to be charmed by Jessica; she’s passionate and smart.  She started her speech by describing her frustrations of last year’s ICON when it was announced that the static image was dead and the future of illustration is the moving image.  Jessica proceeded to explain the satisfaction of learning technology for the sense of personal accomplishment and independence.  She also stressed the importance of “procrastiworking” and that the, “work you do while you procrastinate is probably the work you should be doing for the rest of your life” 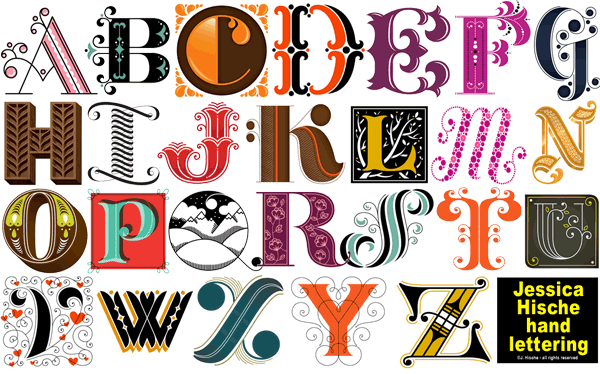 Kiel Johnson
A fascinating artist who works primarily in cardboard (and a bit of wood and styrofoam); creating working sculptures and the importance of inspiring others with your own passion.  He also showed a truly amazing short film that featured fifty robots all made of cardboard by students.

Dan Santat & Adam Rex
These two extremely creative authors/illustrators who both presented examples of how they creatively market their books using unconventional approaches including book trailers, twitter and clones. 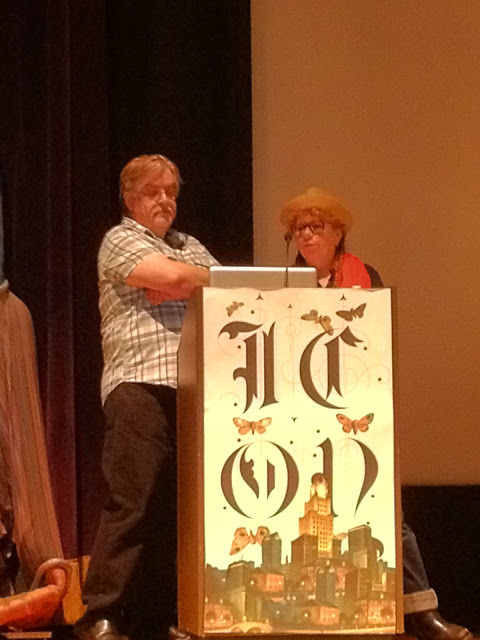 I initially met them in the afternoon, told Matt that I had caused a bit of hubbub about Futurama a few years ago (“You saved their jobs…”) and talked about the best used bookstores in town.  Lynda kept talking about my dimples and instantly found herself on my “list of the best people on Earth.”  Her keynote (with Matt at her side) was amazing as they bantered back and forth, read comics together out loud and were unquestionably inspiring.  To meet two people who have produced a body of work that you admire and have them be nicer than you ever expected them to be truly is a wonderful experience and both of these folks deserve any and all success and acclaim.

Tommy Lee Edwards
I got to nerd out with Mr. Edwards for close to an hour outside talking comics and movies.  We talked about his teachers (Burne Hogarth!), his mentors (Howard Chaykin!), his collaborators (Albert Hughes, Jonathon Ross, Edgar Wright!) and more.  He was also gracious to give us an exclusive about the Turf animated series. 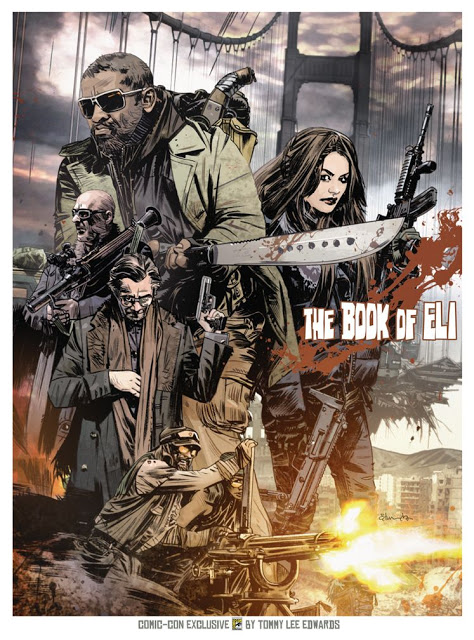 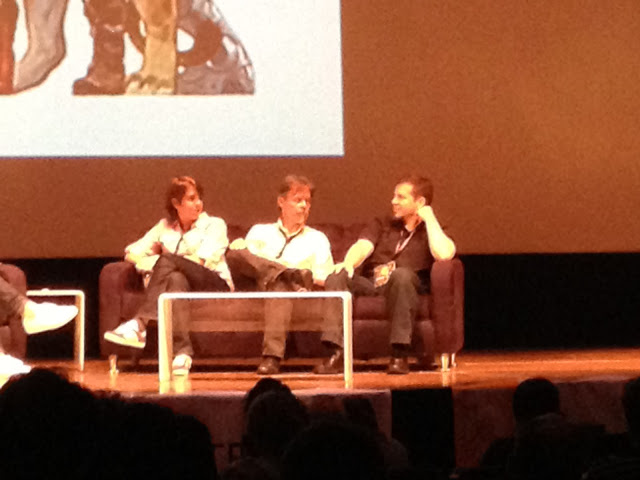 A fairly interesting panel with Tor Art Director Irene Gallo, and artists Jon Foster and Greg Manchess discussed the dedicated fan base of genre and the absorption of geek culture into the mainstream.  Lots of interesting points including the stability and history of the sci-fi/fantasy market.

Tim O’Brien
From the book covers to The Hunger Games series to a number of Barack Obama portraits to some of the most iconic Time Magazine covers of the last decade, O’Brien’s work is just amazing.  He paints in a photorealistic style and brings to life images that could never be captured any other way. 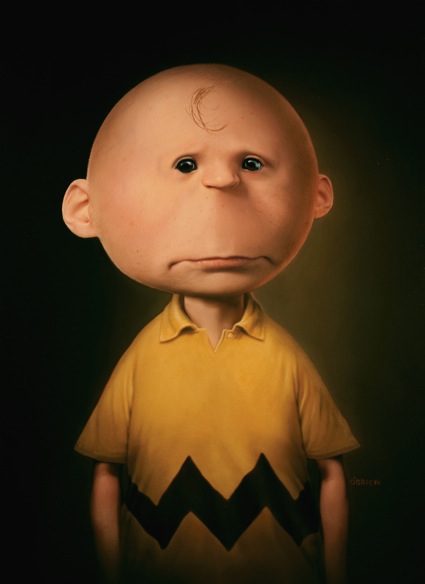 John Cuneo
Imagine Woody Allen crossed with Larry David and you might have a sense of the charm and humor that explodes from his brain as he speaks with a rapid fire delivery (Seriously, I’ve never seen or heard anyone talk so fast).  Self-depreciating and very funny, Cuneo’s work combines ink drawings and watercolors and a generous helping of inappropriateness and whimsy. 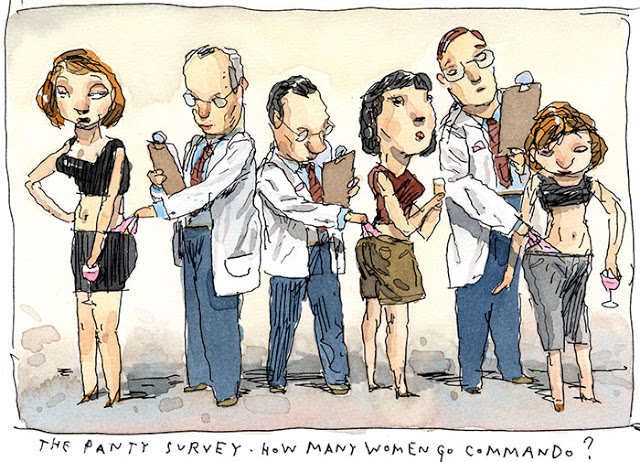 Another highlight was the Roadshow Bazaar Marketplace which showcased some truly amazing work.  Everything about this conference was inspiring, and the Roadshow was no exception.  Among my favorite artists there: 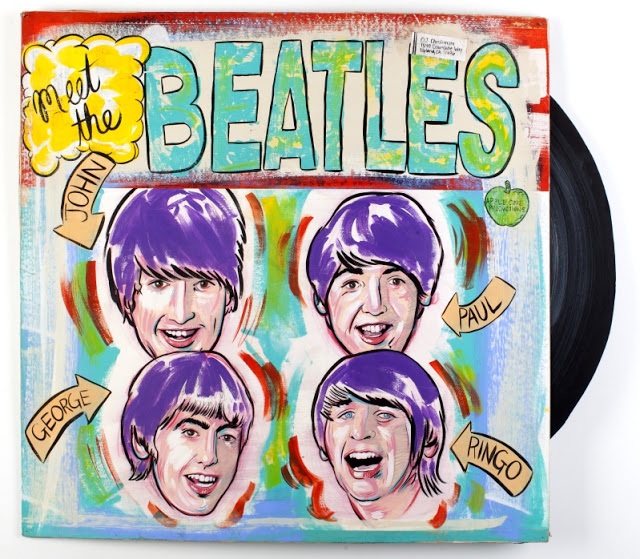 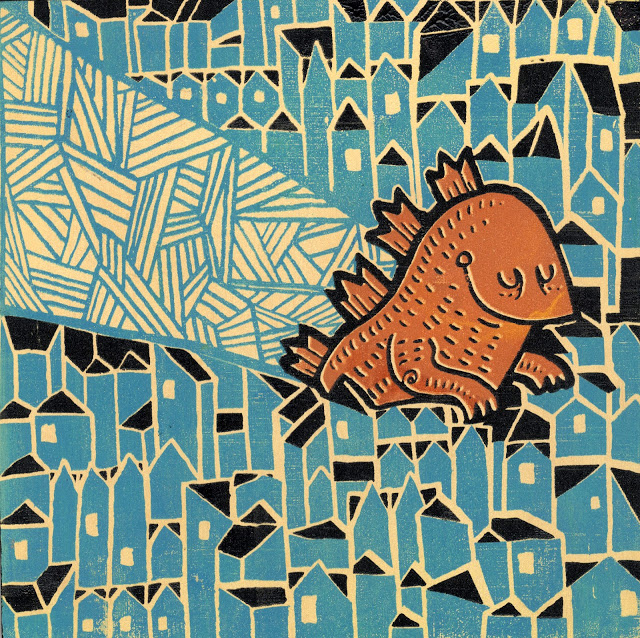 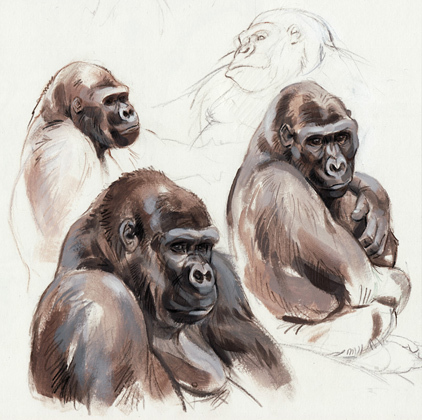 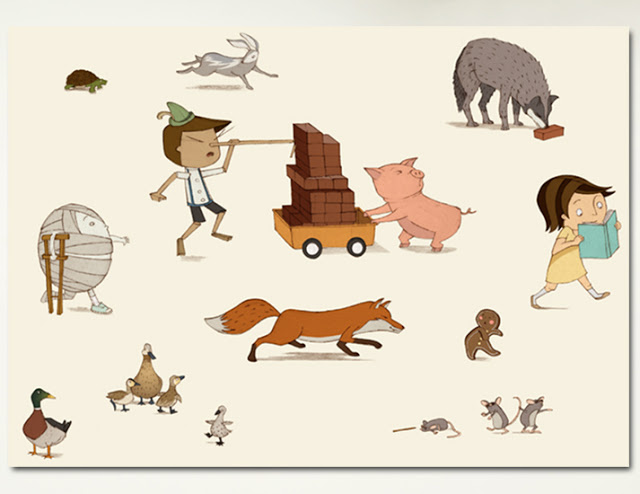 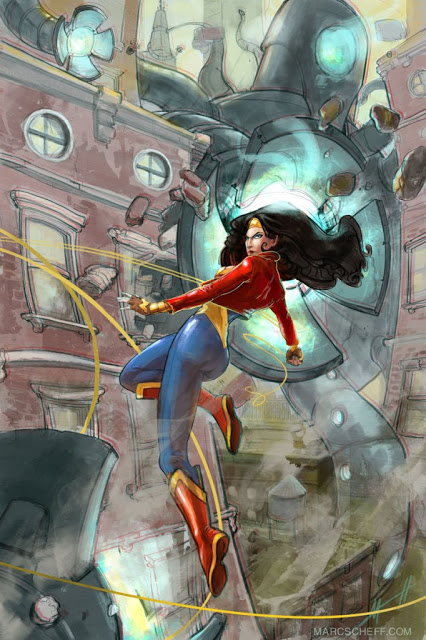 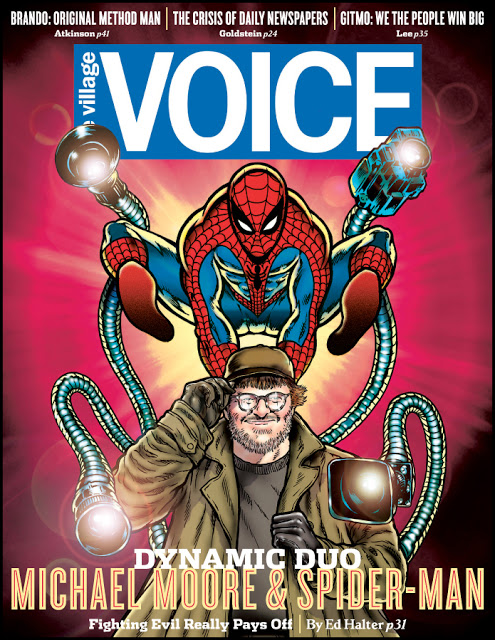 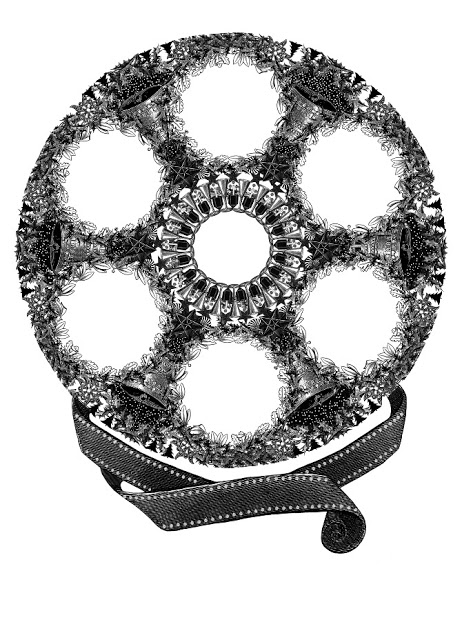 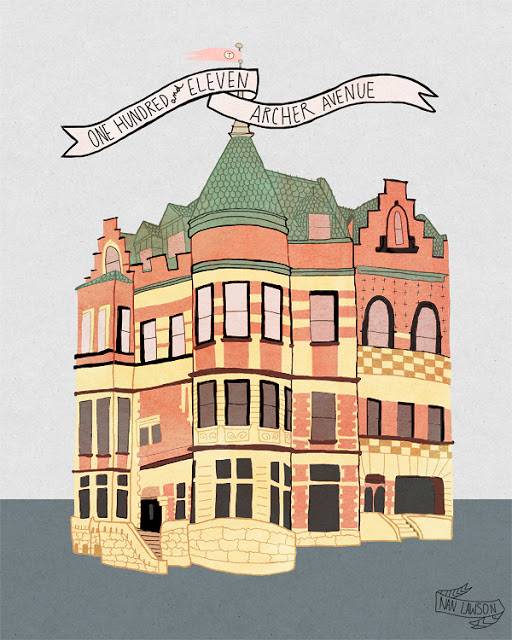 All in all, ICON7 was truly an amazing event and a “must-attend” for anyone who is or aspires to be a professional illustrator.  Executive Director Mark Heflin, his staff and awesome volunteers truly made it a special and inspiring weekend.

In this article:Art/Design, Convention Report

‘The Wakanda Files: A Technological Exploration of the Avengers and Beyond’ by Troy Benjamin Arrives October 16th