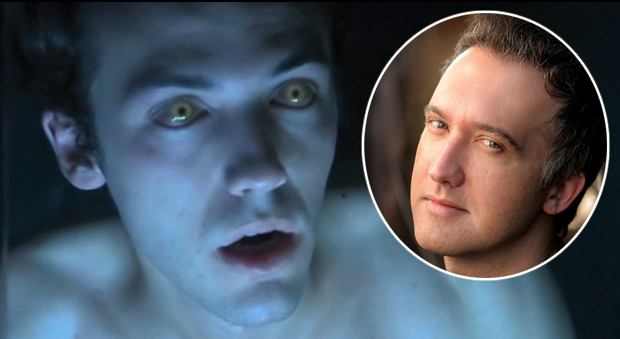 Whether intentional or not, Scott Leberecht has made his mark on a genre.

His film, Midnight Son, is the antithesis of the current trend of vampirism.  Unlike current vampire properties like Twilight, The Vampire Diaries or True Blood, there’s nothing sexy or seductive with his take.  In his take, Leberecht removes any romanticism and instead focuses on the lonlieness and isolation that comes with the affliction.  The film is now on DVD and has received fairly universal (and deserved) critical acclaim.

I was fortunate to catch up with Scott and discuss his must-see film.

What was the genesis of Midnight Son?

When I lived in San Francisco, there was an old house I walked past every day that was boarded up and seemingly abandoned.

The odd thing was that someone had covered the windows (from the inside) with paintings of trees and landscapes. I imagined a person trapped inside that could not come out, trying to connect with people passing by– someone who perhaps could not be exposed to sunlight, and was very lonely.

At that point I realized I had never really seen a vampire film that depicted the physical condition as something debilitating and tragic, as opposed to empowering or romantic.

You’re career has been mostly in effects work and you’ve written and directed several shorts (including the fantastic Lobo’s Paramilitary Christmas Special). Did you write Midnight Son with the intention of making it as your first feature?

Yes, I did. I consider myself a director first, then a writer.

Writing is a means to an end for me, the end being directing. If I could pay a writer to develop a screenplay, I would, but the way things are now, I have to do it. I always felt Midnight Son had to be my first feature because it worked on many levels. It satisfied and challenged me creatively, while also being inside a genre that had mainstream appeal.

The film has a great little shout out to the original Fright Night. There are several vampire hallmarks that you’ve chosen to ignore such as crosses and seeing one’s reflection and have removed any sense of romanticism to the affliction. What books or movies were touchstones when you were writing this and do you feel like you’ve said everything you have to say on the genre?

Fright Night was my favorite vampire film ever, until I saw Let The Right One In.

They are two very different films, both are fantastic. I think the horror genre has a ton of potential to explore themes that may be too heavy for other genres. Themes that deal with very primal instincts. What I like to do is make multi-layered horror, with depth.

It is very easy to do what most horror movies do, and treat the human body as an object– a thing to be pursued and then dismembered. Don’t get me wrong, I love dismemberment, but it would be nice to have some meaning behind it other than to scare the shit out of people.

This is the challenge I set for myself: how do I make all the conflict and suffering meaningful?

I would love for my audience to walk away feeling better about their own suffering. I want them to believe that even though life hurts, it’s worth it to stay in the game and not kill yourself.

Can you tell me a bit about how you cast your two leads Zak Kilberg and Maya Parish? They were both phenomenal in the film.

I saw Maya Parish in a short film directed by a colleague while attending the American Film Institute in Los Angeles.

At the time, I was writing Midnight Son, and thought she could be right for the role of Mary. I approached her after the screening, and said I may have a part for her. Years later, I sent her the script. She loved it and agreed to play the part.

Zak Kilberg was led to a website I created early on to raise awareness and support as I we neared production. He sent me a headshot and I thought he looked perfect for the lead role. I was living in San Francisco at the time, and he was in LA. He then shot a video, acting in a scene I had written.

I loved it, and wanted to meet him. After that meeting, I knew he was right for the role and didn’t bother to audition anyone else.

As far as their chemistry goes, I like to think there was some weird metaphysical harmony at work.

Wish I could tell you about this, but I am sworn to secrecy. Sorry!

Game of Thrones! I can’t believe how sick that show is, on EVERY level.

I am also addicted to Adventure Time. The writers/artists on that show are somehow able to tap into subconscious and deeply mythical conflicts that transcend any time or environment. Almost every episode presents a core problem that every human being that ever walked the earth has struggled with.

Lastly, I will always and forever be a rabid fan of The Venture Bros. May new episodes be with us till the end of time. 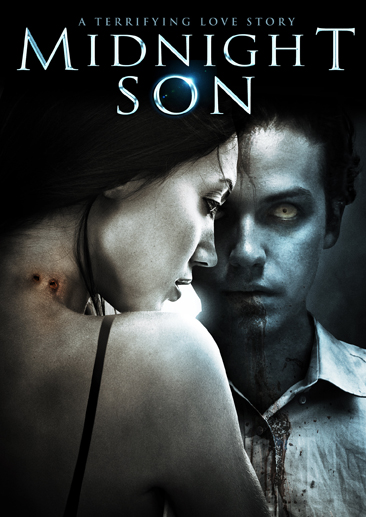 Midnight Son is currently available on DVD from Image Enterainment.