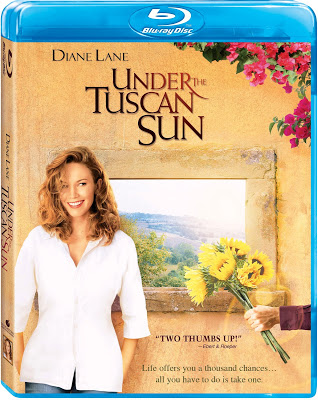 The always beautiful Diane Lane heads to Italy post-divorce to visit Sandra Oh.  Next thing you know she’s bought a rundown villa in Tuscany to start over.  That’s pretty much it.  Lots of hijinks with the language barrier.  Look at those colorful Italian characters!   Look, owls!  We hate men!  Montage sequences!  Look, snakes!  Wacky unrealistic character!  Look, scorpions!  We hate men!  Will she meet a man and find true love and be fulfilled?  This is a cliché-ridden depcition of a woman needing to find herself after getting dumped.  Why is it that these films always feature characters that both financially and responsibility wise can put their lives on hold to find themselves (I’m looking at you Eat, Pray, Love)?  Like the damaged characters within, Under the Tuscan Sun is beautiful on the surface, but underneath is a sad and ugly soul. 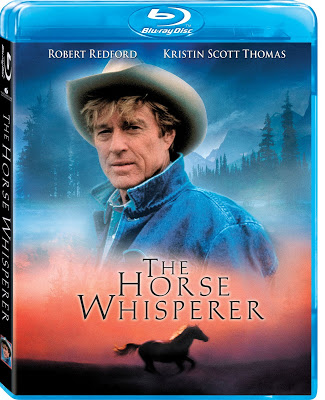 There are horse people and non horse people.  Me personally?  I’m likely in the non-horse category.    And as much as I’d enjoy a movie called The Manatee Whisperer, I found this one to be an interesting premise poorly executed.  Robert Redford both directs and stars as Tom Booker, a rancher known for his ability to speak to troubled horses.  Fortunately, there’s not a lot of talking but plenty of meaningful looks between Redford and the horses.  He gets called in to assist a young girl (Scarlett Johansson) who is traumatized from an accident that killed her friend, took part of her leg and injured her horse, Pilgrim.  Her parents (Kristen Scott Thomas and Sam Neill) are estranged from one another and they turn to Redford to help Pilgrim through the trauma, and at the same time help Johansson.  Since it’s based on a Nicholas Sparks books, emotionally manipulative goes hand in hand.  Unfortunately, the almost three hour running time made the stunning vistas quickly become monotonous.  Includes brief featurettes, trailers and a music video.  The Horse Whisperer is overlong, visually stunning and far too familiar.  Mildly recommended (even for horse people). 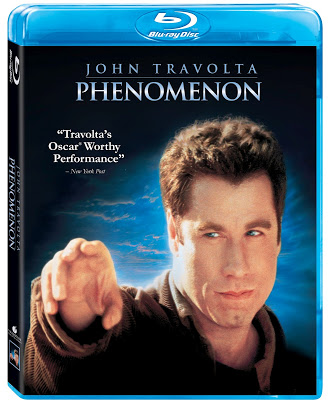 John Travolta delivers one of his best performances as a normal guy who is finds himself knocked to the ground by a burst of light and awakes with knocked to the ground by a mysterious blinding light and awakes with amazing mental abilities.  The film looks at how both Travolta and the people that surround him acknowledge and react to these new powers is the core of the film.  Travolta’s supporting cast which includes Robert Duvall, Kyra Sedgewick, Forest Whitaker, Jeffrey DeMunn and Brent Spiner, who are all fantastic.  I digress to provide any further details of the plot, but Phenomenon is a wonderful film about people and how they interact with others they care about.  The fact that it’s a smart science fiction tale doesn’t hurt, either.  Highly recommended. 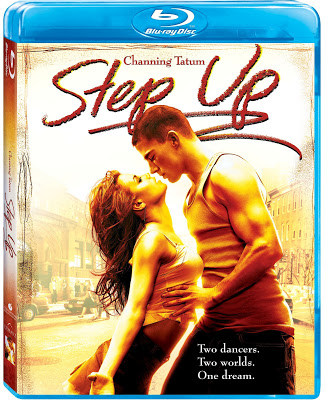 Just the sheer existence of this film back in 2006 turned me off of Channing Tatum as a viable movie star.  Granted, I hadn’t seen it, but how good could it be?  Well, having taken a look at the Blu-ray several years later, I’m man enough to say that not only was I wrong, but Tatum’s screen presence is definitely apparent in this film.  A Romeo & Juliet type tale which finds Tatum’s wrong side of the tracks character finding love with a privileged ballerina (Jenna Dewan), who’s street dancing skills might make them a perfect match.  Granted, it’s pretty cheesy and no cliché is omitted, but it is extremely watchable.  Extras include a commentary track, blooper reel, featurette, music videos and deleted scenes.  The Step Up franchise is still finding audiences today, and it all started here.  Who knew?  Recommended.