I am at the breaking point.

For decades, I wanted everything at my fingertips.

That future has arrived, and not only is it totally overwhelming, it’s extremely flawed.

Before we move on to the issue of digital clutter, let’s being with my analog clutter.

My living room is filled with books and CDs and DVDs and Blu-rays.

The room that serves as my home music studio and home office is filled with vinyl records, comics, and graphic novels.

Everything in those rooms has mostly already been consumed, but has been deemed worth keeping.

Though pretty much every paper book that I have deemed worth keeping, I still do plan to purchase the digital version, then donate the paper version to the library. 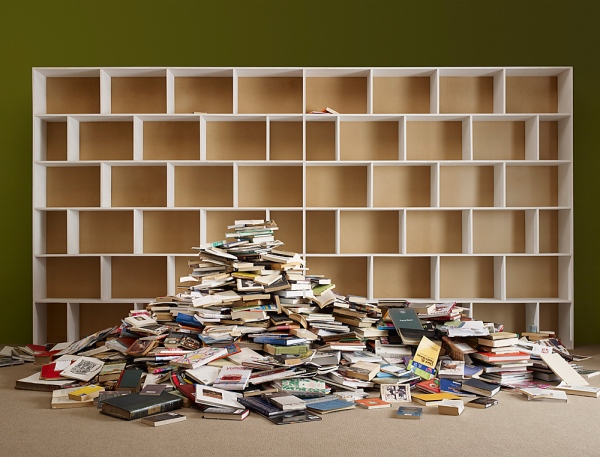 I’ve already ripped all my CDs, and almost everything I have on DVD or Blu-ray is available as a rental or purchase via one of many streaming video services.

I plan to downsize my vinyl record collection as well. At least 80% of it is comprised of 12” singles that were useful when I was a DJ who used vinyl. Now I’m a DJ who uses a laptop and Traktor.

I plan to hopefully sell off most of my vinyl, keeping only the records that have the most nostalgic value, have actual worth because they are rare, or have fantastic cover art and are worth framing.

My comics and graphic novels aren’t going anywhere. They are too nice.

I fully intend to downsize my collection of physical media by probably 90%, but never get around to it because it’s time consuming. So there it sits.

It hasn’t grown much recently, other than the occasional graphic novel or Blu-ray. I buy all my books digitally now. And I stream music, films and TV. I only buy the occasional Blu-ray when it’s an all-time favorite film, and if it’s on sale for super cheap.

That too though will probably end soon.

One reason I can’t find the time to manage and downsize all this analog clutter?

I’m too busy managing and consuming all of my new digital clutter! 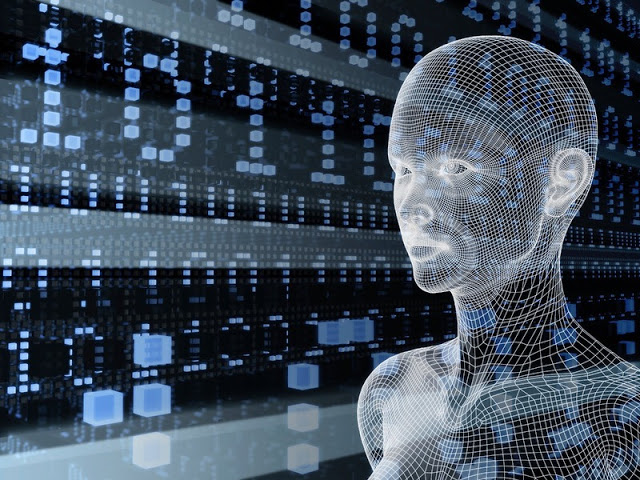 I buy ebooks via Amazon.

I buy music downloads via Amazon, because often what I want is cheaper than the iTunes Store. I won’t buy any music though unless I need it to DJ with (in which case it usually comes from Beatport), or only if the music I want isn’t available via Rdio, which is what I use to listen to music 90% of the time these days.

The other 10% being my existing massive music collection.

I buy comics digitally now too. I’ve been using the apps Comixology and Comic Zeal. I buy new comics through Comixology, and use Comic Zeal for the digital comics that I have already own. I still buy paper comics though. I love the iPad for comics, but it’s still a bit small for the full-page comics experience. I mix up the analog and digital when it comes to comics and graphic novels. I tend to buy the paper version of classics, yet buy newer titles digitally.

Then, there’s magazines. I’m a magazine junkie. My app of choice, for the iPad, is Zinio. And what isn’t available via Zinio, I get via Apple’s Newsstand.

And of course, there’s videos.

Movies and TV shows. I will sit down on the couch and will fire up Netflix, and the next thing I know, my day is half over and I’ve watched the entire first seasons of Voyager or Peep Show. (note: these are of course TV shows I’ve already watched repeatedly, over and over and over and over again)

Every single game available to watch during the NBA season for less than $200. And my newest addiction: English Premiere League soccer, for which I am paying my cable provider a mere $5 extra a month for full access.

Then there’s my addiction to surfing the web whenever possible and consuming as much information about the latest news and minutiae about everything I love to obsess over: politics, music, technology, NBA basketball, and of course all things geek: sci-fi, films, TV, books, comics, etc.

I’ve been spending quite a bit of time in Skyrim lately. Any of you who’ve been there will understand what I’m about to say. Trying to combine “Skyrim time” and “real time”is like combining antimatter and matter. All bets are off.

And last but not least… podcasts. I am addicted to podcasts.

Podcasts about technology, basketball, all things geek, Star Trek, conspiracy theories, counterculture, you name it. Almost every minute of my time spent walking around the city and on subways is spent listening to podcasts.

I have a life.

Within the time-frames of my day-to-day life, dealing with the my overloaded digital media consumption has become a Sisyphean struggle.

But this is what I asked for. This is what I wanted. Ever since I was a kid, I wanted the promise of the digital revolution to become fully realized. I wanted everything at the tip of my fingers. Now I’ve got it, and it feels like I’m buried under a mountain of digital bits and bytes.

I can’t be the only one. And the only advice I can give is to just go with the flow, consume one thing a time, and not worry about the chaos.

But recently, something occurred that was truly worrisome.

I bought a digital subscription to a magazine via a standalone app which was purchased in Apple’s App Store. After receiving five issues, the sixth never arrived. I contacted the app’s support, and they told me that the property (the magazine) was purchased by a new entity, who would give me access to the new issues within two months via a new app, and that I’d hear from this new owner of the magazine.

I found this insane and unacceptable so I contacted Apple support. Apple refused to refund me the prorated amount for the issues owed to me. They told me to hound the other parties involved. I escalated with Apple and eventually they gave me some iTunes credit. It wasn’t enough, and I wasn’t satisfied, but I accepted it. It was better than nothing.

Months went by, and the new magazine app showed up in the App Store. I contacted them and they asked me to forward them my old receipt from Apple showing I had purchased the subscription five months ago. Wait a minute… what if I didn’t have that receipt? I did though, so I forwarded it to them.

To top it off, they activated the subscription in the new app, but of course it turned out to only be the current issue. What about my past four issues? They told me to get those from the old app. I contacted them and they said no, get them from the new app.

Round and round I went.

Eventually, the new app enabled the old issues for download.

The entire process was convoluted and took two months. Apple took no responsibility. Neither company that owned the title ever reached out to me. I had to constantly email both of them, and Apple, over and over and over again, until finally getting what was owed to me.

After some kind of extended time-frame, I should be able to re-download non-DRM versions of what I purchased that I can store and backup on my own.

There should be regulation that deals with this brave new world of DRM. If a company goes bankrupt, they should be forced by law to provide non-DRM copies of all digital downloads that were sold to customers.

The whole experience was scary, but you know what?

I just keep moving forward and I keep clicking and tapping and buying digital media.

The future I wanted is here, and I’m all in, for better or worse.

That it for this dispatch. Voyager Season 2, Episode 1 awaits. 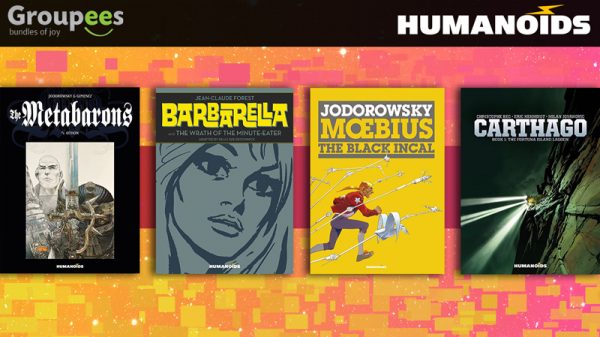 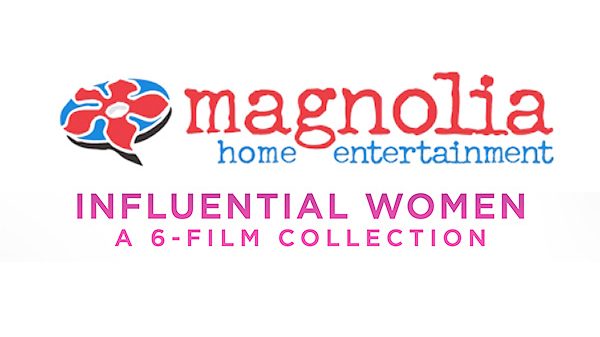 HBO Max to Launch May 27th

WarnerMedia has announced that its highly anticipated streaming platform HBO Max will officially launch May 27th, 2020 and has unveiled its slate of premium...

James Bond’s next major silver screen mission may have been delayed to the fall, but to help 007 fans get through the wait, Dynamite...