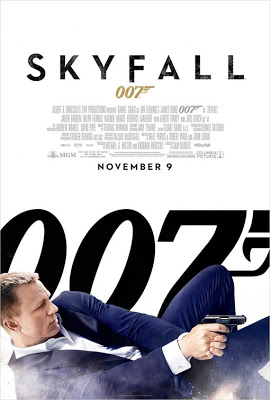 World in peril? Not really.

Our latest go-around with 007 (Daniel Craig) threatens a much smaller realm: that of Bond’s long-time boss, M (Judi Dench).

After many years twisting the truth like a balloon bunny, M finally flips out.

She runs away from the secret service to a Scottish manor.

However Crazy X blurts out lyrics containing the names and addresses of MI6 agents. These super spies are embedded inside thuggish groups such as Al Qaeda and the TSA.

Bond would prefer seeing his old boss whisked away to a dignified retirement, but the new chairman of intelligence and security stops him.

Gareth Mallory (Ralph Fiennes) has a plan. He wants Crazy X used as bait to lure out super bad guy Silva (Javier Bardem). Silvia once had a crush on M until she mocked him for not having a last name.

Bardem plays his role with a rakish menace better suited to a shorter man. What does that mean? It’s difficult to say.

But you’ll hardly notice. Bond engages in exciting chases, sex with women like Naomie Harris; there are beatings and shootings and 007 cracks a few witty asides just like its 1962.

Director Sam Mendes worked off a script by Neal Purvis, Robert Wade, and John Logan. Insiders hint that the original screenplay was thicker than the Code of Federal Regulations. Among the many excised set pieces was a scene of Bond traveling back in time and seducing the wife of Three Stooges legend Moe Howard.

Fortunately for the Bond franchise, savvier minds concluded this would confuse and upset the core audience. The offending scene was trimmed along with another sequence in which Bond ripped out the gills from a lake trout so he could swim underwater.

Excellent work by Ian Zawadzki who served without complaint as the stand-by painter in Turkey. Could you do as much? And would you do it quietly, in an attitude of service? Then don’t be so quick to judge.

Three and a half stars for cool guns.