Disney purchased Lucasfilm for a cool $4 billion dollars and are wasting no time playing with their new toys. Star Wars: Episode VII will be released in 2015 and fanboy speculation is already at a fever pitch. What is the premise of the film? Who is going to direct? Will the original cast reprise their roles? Are they based on the novels/comics?  What characters will grace us with their on screen presence? The possibilities are endless but there is one scenario in particular that I believe is guaranteed to occur; Darth Vader will return!

I know you are already thinking, “There’s no way this can happen since he died at the end of Return of the Jedi, right?” While that is a hard detail to overlook, this is science fiction where absolutely anything can happen. Disney can make buku money by allowing the Dark Lord to rise from the ashes and in the words of Jay-Z, “Allow me to reintroduce myself. My name is Vader.” 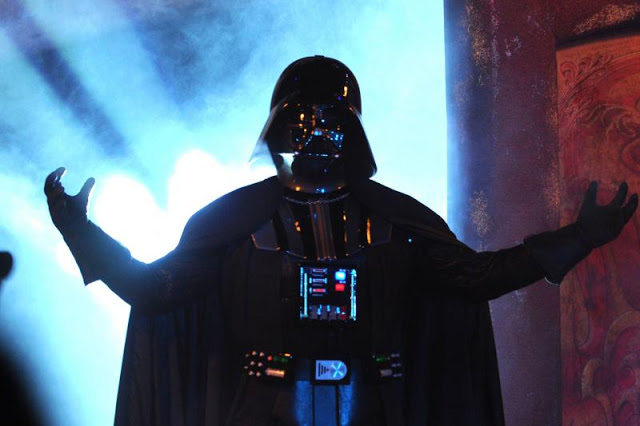 While Star Wars has produced some of the most iconic characters in movie history, Darth Vader is the horse that drives the cart. All of the movies revolve around him and there is no one who can spread fear across the galaxy quite like Vader. Imagine the new wave of Darth Vader merchandise that would be released as a result of his return. This is a no brainer for Disney!

Creating a new lead villain is a losing battle. Whatever character they conjure up will instantly be compared to Darth Vader and anything that is even on par with the dark lord will be a failure. It’s not outside the realm of possibility that an even cooler bad guy be created but it is awfully hard to think of one. Darth Maul is great, but he could have been epic. Count Dooku was some old dude with force powers and General Grievous was just a four armed cyborg who coughed a lot.

How do we bring Darth Vader back from the dead, you may ask? While there are talented writers such as Michael Arndt and others creating the goods for Episode VII, let me put my thinking cap on and see what I can come up with. 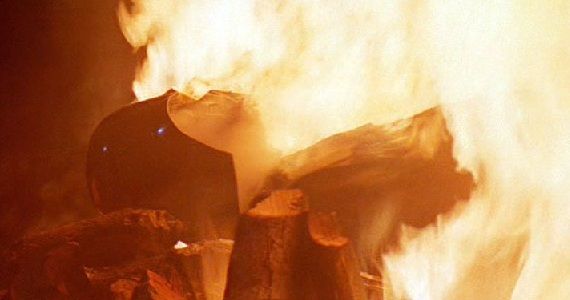 The real Anakin Skywalker died on Mustafar and the Darth Vader we saw in the original trilogy was a clone and there is another Darth Vader clone waiting to be activated somewhere in the dark corner of the galaxy. Every aspect of this story line would have to be executed to perfection for it to be fruitful. Clones are a big part of the Star Wars universe. In the comic books and expanded universe novels, no one has figured out how to successfully clone a Jedi. What if the Emperor did? This could explain why he courted Anakin with such admiration and then treated him like a servant when he put on the black suit. When you have a good thing, you tend to treat it like gold. When you have too much of a good thing, you tend to take it for granted. The Emperor could treat Vader however he wanted because he knew he had another clone he could activate if the current model gets out of line.

There is someone else posing as Darth Vader. Why would someone do this?  Simple: no one forgets a legend. Word of the dark lord’s resurrection would keep the local systems in line. How could someone pull this off unless they are Jedi/Sith? What if this unknown person is the one Yoda was referring to in Empire Strikes Back when he told Obi Wan Kenobi “there is another.” Leia is force sensitive, but she is no Jedi and Yoda told Luke he would be the last of the Jedi. Yoda always told Luke what he needed to know and nothing more. The little green guy might have thought Luke didn’t need to know about the other person in question. Plus, Luke will know it’s not his father so that will add intrigue to the mystery of the man behind the mask.


Prophecies are not to be taken lightly in science fiction because they drive the entire story if they are powerful enough. The prophecy of the chosen one was that he would bring balance to the force. The only way Anakin could bring true balance was to experience the light and the dark side of the force. What if the force was never really put back into balance or what if something happens that requires the force to be brought back into balance once again?

Only the chosen one can make this happen, so Vader is brought back from the dead to fulfill a mission. The catch, he has to come back in the form in which he left which means the black suit, helmet, breathing and everything. This might make Vader the good guy instead of the bad guy depending on which direction the force needs to be balanced in. The idea of Darth Vader being the good guy could open up a whirlwind of possibilities but it would have to be looked over with a fine tooth comb in order to make sure he doesn’t become a regular good guy who falls for every trap set by a villain.

Don’t dismiss time travel.  This is an angle that is used, and sometimes too much, in every science fiction franchise. Star Wars has never used time travel as a vehicle and it would be refreshing to see how it would be done in this coveted space opera. There are way too many circumstances to speculate on but I will try one on for size.

Palpatine said his former Sith master, Darth Plagueis, had the power to save others from death, but not himself. What if Palpatine finally learned this power and even learned how to save himself? What if he also learned the power of time travel in the process?

Palpatine said “the dark side of the force is a pathway to many abilities some consider to be…unnatural.” What would be more unnatural than time travel? He needs help to return the Empire to its former glory. He goes back in time and tells his younger self of what the future holds and that he needs the chosen one, Darth Vader, to keep the future intact.

Remember, there is a 20 year gap between Episode III and Episode IV. There are a lot of expanded universe materials that cover this time period but George Lucas himself said they are not an official part of the Star Wars canon. This means we don’t know what actually happened during this period of time. Anakin was 23 years old when he became Vader and 43 when he met his end. Just like professional athletes, let’s say Vader hit his prime at age 30. This is the point in time Palpatine travels back to and brings Vader to the future to wreak havoc and get him back in plenty of time for the Star Destroyer to shoot down the Tantive IV at the beginning of A New Hope.

People who don’t even watch or enjoy Star Wars know who Darth Vader is. He is a staple of pop culture that resonates with everyone. For the millions who would curse Disney for bringing him back there are millions more who receive his return with thunderous applause. Cry, shout, yell and boo about this possibility. In the end, I find your lack of faith disturbing. 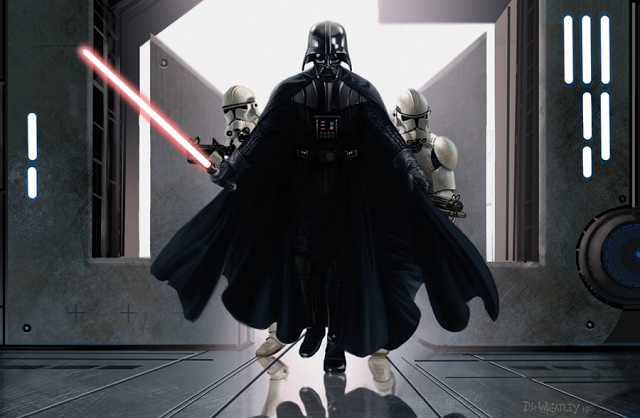