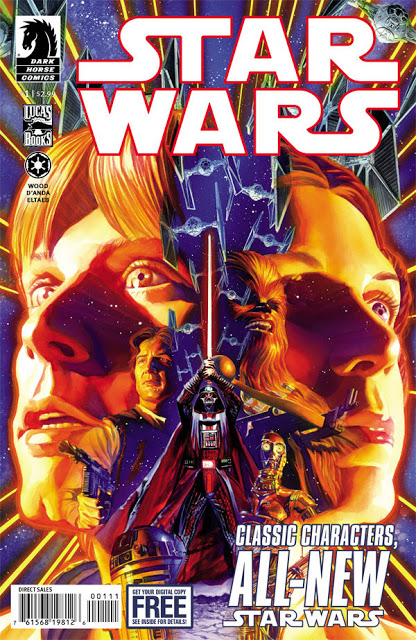 Dark Horse has published a cornucopia of Star Wars comics since 1991, covering an array of time periods. From the “Dawn of the Jedi” to 100 years after the Battle of Endor, and everything in between, nothing has been out of bounds as some of the most creative minds in the business have brought their talents to this beloved franchise.

Brian Wood’s midas touch produces some of the best books in the game today and his turn with the pen on Star Wars is simply comic book nirvana. Nothing else has occurred other than “New Hope.”

It’s two months after the “Battle of Yavin.”

The Rebel Alliance is in desperate need of a new base while the Empire is hot on their trail.

Various writers have put their own spin on various aspects of this space opera, but Wood’s interpretation impeccably nails the true essence of these classic characters. Luke Skywalker is still a Jedi in progress, while Princess Leia is a woman of action, and Han Solo is a credit grubbing scoundrel with a heart of gold. 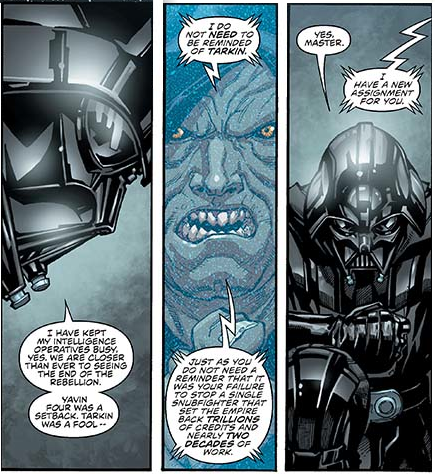 Did you ever want to be a fly on the wall when the Emperor chews out Darth Vader due to the Death Star’s destruction? We finally get the chance to witness this key event for the first time. While Leia is the symbolic leader of the alliance, we are reminded that Mon Mothma is it’s actual leader making the crucial decisions and tough choices.

The expertise in which Carlos D’Anda draws his illustrations makes you feel you are watching Episode 4.5. The dialog and page layouts help in this endeavor, but it’s the imagery that truly brings this feeling home. The coloring of Gabe Eltaeb is aces as the reflective light of a blue planet glistens off the glass of an X-Wing’s during it’s voyage in the outer rim. A close up of a Star Destroyer suddenly dropping out of hyperspace as Tie fighters quickly emerge from its docking bays gave the adventure a sense of danger you don’t experience too often while reading a comic book.

The detail in everything from the characters, to the vehicles, to the weapons and the uniforms…everything was impressive, to say the least. The depiction of Chewbacca’s face kind of makes him look like an older Wookiee.   Darth Vader’s presentation will strike fear in the hearts of any Jedi. His leaner and more muscular build topped off with a modern styling given to Ralph McQuarrie’s early design of Vader’s helmet gives the Sith Lord more of a menacing presence.

It is hard for me not to be romantic about Star Wars when a comic book like this comes along. This theater of imagination was executed to perfection in every aspect of it’s being. The reader is in the unique position of knowing the characters’ fates before they do. While various prequels give us that experience, Wood’s makes that knowledge mean even more. This is one of the best comic books I’ve ever read. I read it five times because I wanted to keep experiencing the adventure that took place a long time ago in a galaxy far, far away…

In this article:Book/Comic Review, Star Wars