The world of Oz is getting a steampunk makeover in Arcana’s new book, The Steam Engines of Oz, published by Arcana Comics.  While the project is quite anticipated no one has seen pages from the book…until now.  FOG! presents, for the first time, eight pages from the upcoming series which occurs 100 years after the death of the witch and where a young girl named Victoria Wright sparks a rebellion in the fabled land.

Fans everywhere can get their first finished taste of The Steam Engines of Oz when it premieres on Free Comic Book Day, May 4, 2013.

This isn’t the final artwork and we can expect this in color as well – but for now feast your eyes!!! 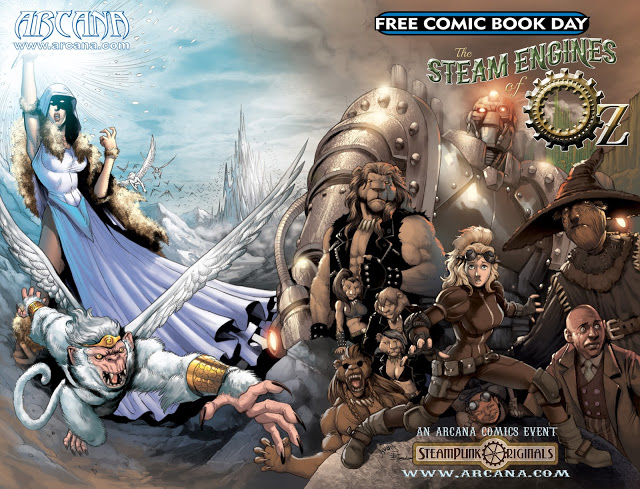 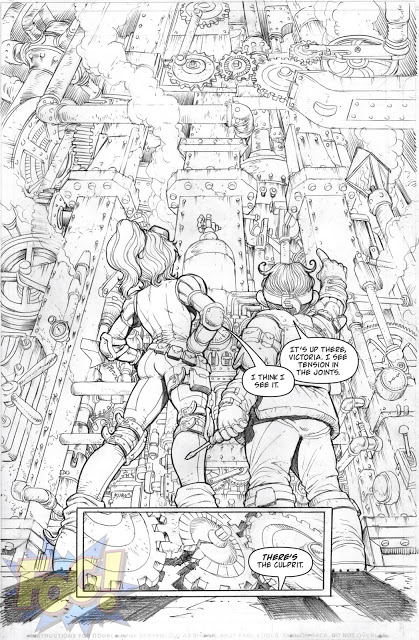 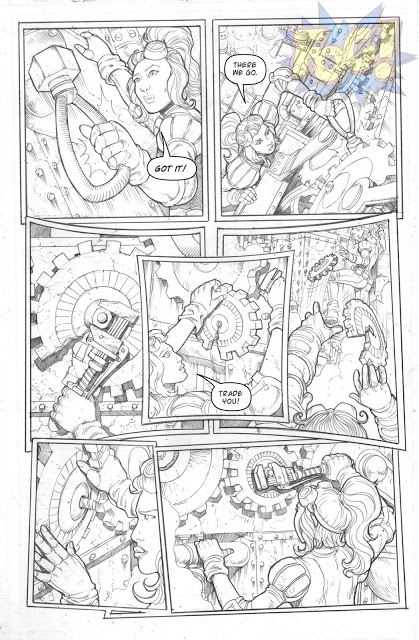 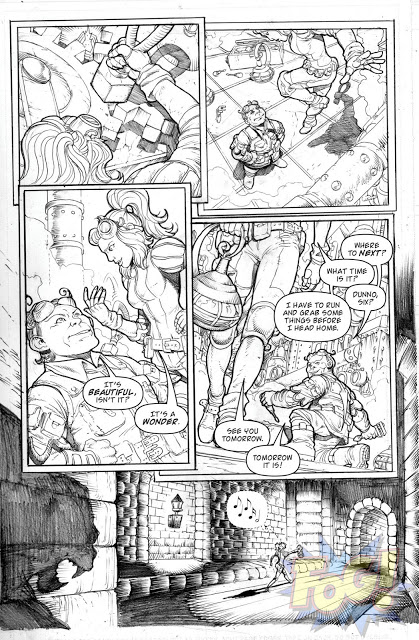 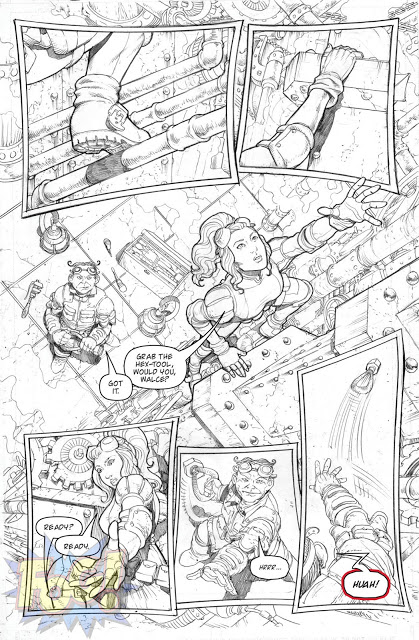 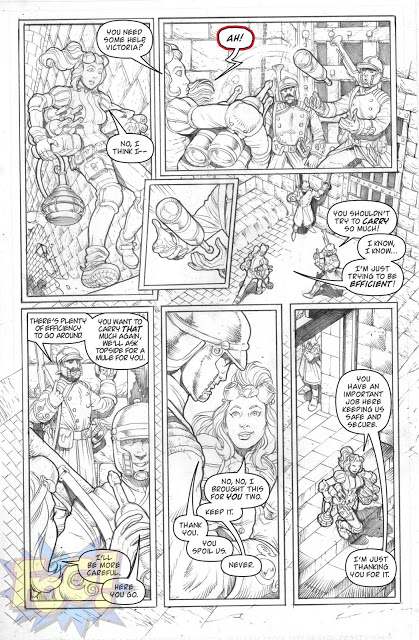 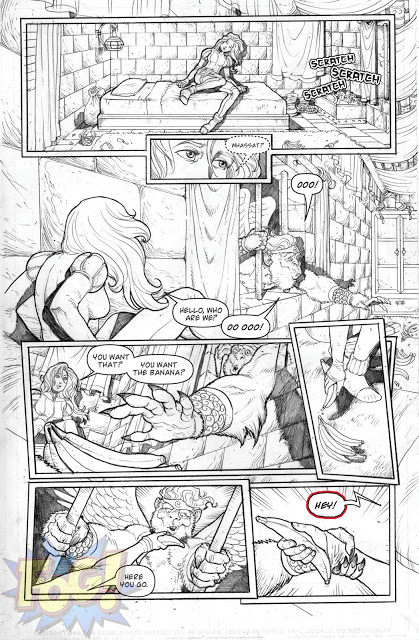 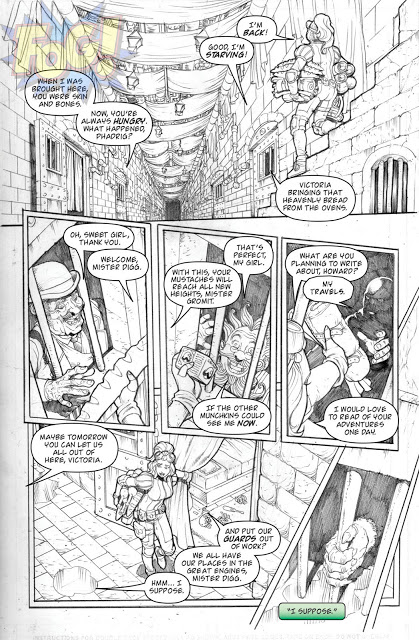 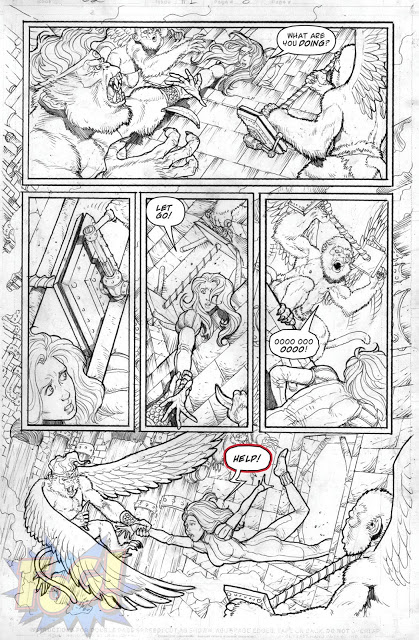