A little over a year ago, while I was leaving a screening of Martin Scorsese’s Hugo, a fantasy film highlighted by, among other things, the works of cinema pioneer Georges Méliès, I overheard a little boy talking to his dad about the film they had just seen. 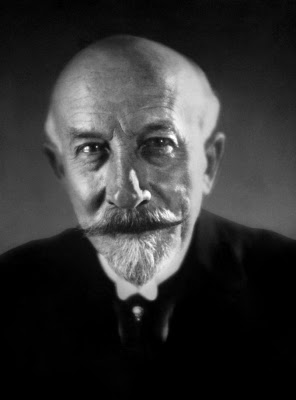 This boy, probably around nine or ten, was so excited for his father to show him more films by this French magician turned filmmaker.  It felt good to see, in this day and age of cheap and easy entertainment, a child wanting to see more work by a filmmaker that made his last film close to a hundred years ago.

Maybe there is still hope after all.

I wonder if his father told him that if it were not for Georges Méliès, and his groundbreaking 1902 film, Le voyage dans la Lune, or A Trip to the Moon, in English, that the cinematic genre that came to be known as Science Fiction, may never have come to be?  Okay, okay, I am playing with hyperbole here, for I am sure science fiction cinema would have come about at some point – it was surely inevitable – but still, Méliès was the man who first gave it shape.  Like Prometheus molding humanity from clay, Méliès molded the budding genre from the fantastical images he placed up on the screen.  A genre that, if my analogy is an apt one, has come full circle with the release of Ridley Scott’s long-anticipated Prometheus just last year.  But I digress.

Georges Méliès began his entertaining career as a vaudevillian and magician, until one day, he saw something that literally, changed his life.  That something was the legendary first screening of new creation called the moving picture, or movie for short.  On 28 December 1895, at the Grand Café, in Paris, the Lumière Brothers first showed a series of short films – actualities they called them, all less than a minute long – and a new medium was born and with that new medium, a new creative force in the highly fascinated Méliès.

This born entertainer wasted no time, as he went and invented a brand new style of camera within a few months, and began shooting his first film in May of 1896.  At first these films were nothing special – basically just staged scenes on film – but then one day while filming, Méliès discovered something quite incredible.  After a camera malfunctioned, Méliès was processing the film, and aw something miraculous – at least miraculous for the day and age.  Apparently his camera stopped and then started again several minutes later, and on film it appeared as if people and horses appeared and disappeared.  Thus was born Méliès’ trademark of a magical-seeming kind of cinema.

Whether this story is apocryphal or not (I like to believe it is true) it changed the way the director made films.  After this, he would have monsters and demons poppining in and out of the shot in dramatic puffs of brimstone. Thus was born the magic of Méliès.  Thus was born the magic of cinema.  And thus was born science fiction cinema, as Méliès would create what is thought of as the very first sci-fi motion picture ever made – the aforementioned 1902 film Le voyage dans la Lune.  Based on Jules Verne’s “From the Earth to the Moon” and H.G. Welles’ “The First Men in the Moon,” it is the story of a rocket expedition to the moon – sixty-five years before such a thing became a reality.

Famed for its use of Méliès tricks and tropes – though not even close to being a realistic depiction of anything – the film is a highly entertaining sixteen minute romp.

Its most famous sequence being when the rocket lands in the eye of the man in the moon.  After this Méliès would go on to make several more sci-fi-themed films – most notably Fairyland: A Kingdom of Fairies in 1903, involving travel to beneath the sea, and The Impossible Voyage in 1904, where travelers take a train into the sun.  Along with many other films – Méliès made 555 films, most of which no longer exist, in his eighteen year career as a filmmaker – the director was a true pioneer of not just science fiction cinema, but of cinema as a whole.

By 1913, broke and mostly forgotten in the fickle world of movies, Méliès put down his camera and, other than a short but fruitless foray back into stage production, disappeared from show biz.  He was found many years later, running a toy shop in a Paris metro (that part of Scorsese’s fantastical Hugo, is very true), and was given back his dignity by a group of French filmmakers and film historians (Cinémathèque Française creator, Henri Langlois, first and foremost amongst them) who helped to put together a show of some of his original films.  Most had been destroyed during WWI, but they had enough to make Méliès famous once again. 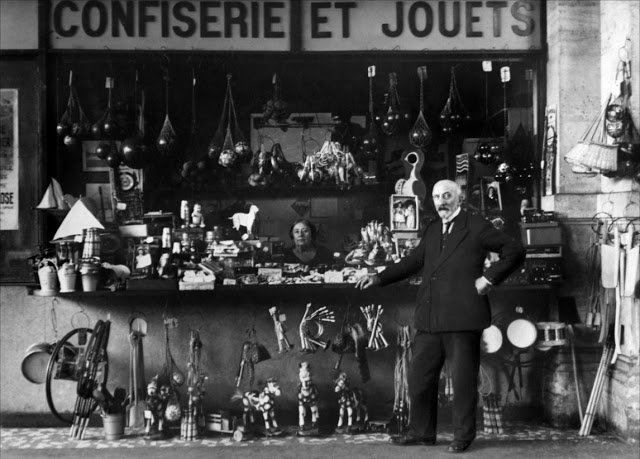 Today, I would like to think that if not for Méliès, and his early fantasy films, there would be no Star Wars, no 2001, no Blade Runner nor Aliens.  Without Méliès, we would be devoid of an important factor in genre moviemaking.

Granted, as I stated in my opening salvo, this is probably not the case – someone would have invented the genre – but the romantic side of me likes to think that without Le voyage dans la Lune or The Impossible Voyage, without that silly rocket plunging into the poor moon’s eye (seriously, that had to hurt), without Méliès’ bagful of magic tricks, there would have been no Star Wars or Close Encounters to brighten up my childhood.

In this article:History, Movies/DVD, Science Fiction, Written by Kevyn Knox