Okay, I just got finished watching about an hour of the pre-game show on E! to see who dare to go against the dreaded CBS dress code – no side boob, no asses hanging out, no female nipples, blah, blah, blah.

In other words, don’t look like Tony Braxton or J-Lo did years ago. You remember those “dresses” right? I know you do! 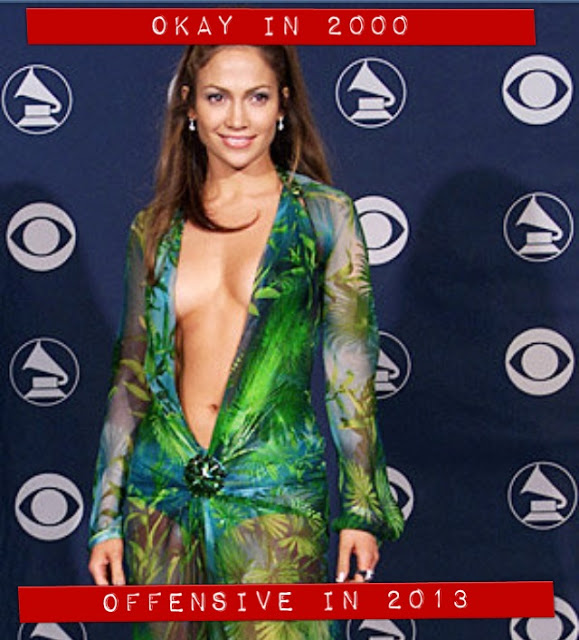 Will this girl ever have another date because of the way she puts all her dating shit out on front street?

Why do guys keep going out with her?

Okay, thanks LL Cool J for that long, rambling whatever that was.

Okay, here’s ELTON JOHN with some shaggy haired ginger I’ve never seen. Why did Elton agree to this? The song was “Angels and I,” I think. 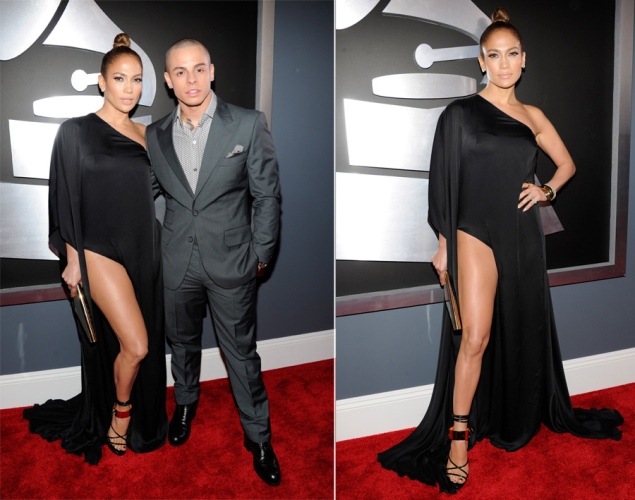 Now here’s J-Lo (in some nutty dress, saying that she followed the dress code memo – ha ha) and Pitbull to give the Grammy for BEST POP SOLO PERFORMANCE – ADELE for “Set Fire To The Rain”

And now here is that band Fun..  Is it me, or does that lead singer look like he’s 45 years old? Why are they singing some weird Irish Jig? What the fuck is going on right now? It’s raining on them on stage. This is stupid. But thank goodness they didn’t sing their overplayed hit, “We Are Young.” I hate that song now. 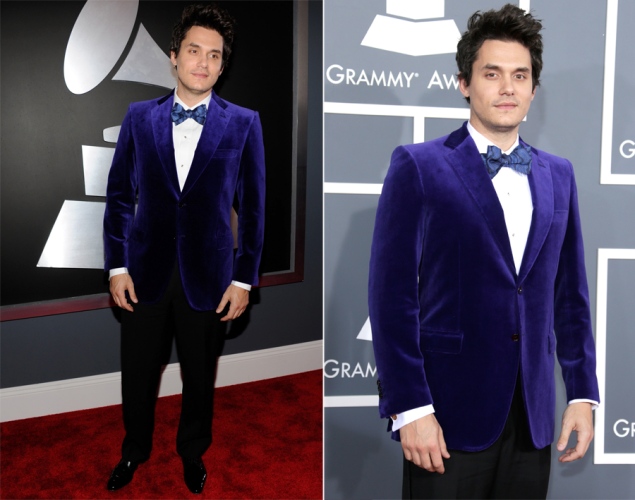 Oh, look at the quick cut to your adoring girlfriend Katy Perry (who is BREAKING THE DRESS CODE, btw) 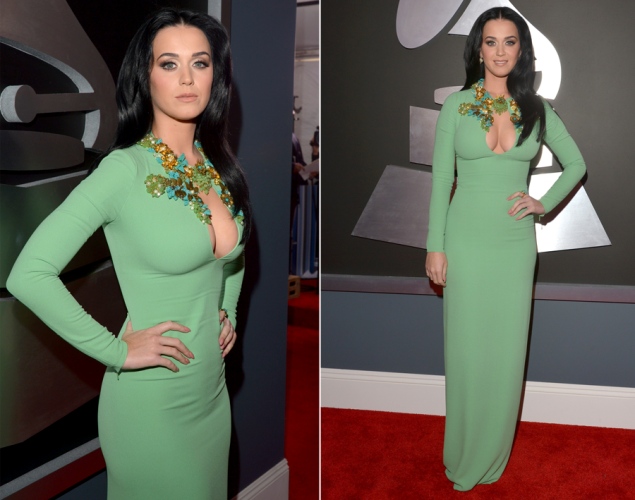 Okay, here’s Miguel (singing) and Wiz Kalifa the lazy Rapper (who apparently never needs to wear a shirt because his entire torso is covered in so many tattoos, he looks like he’s already wearing a badly patterned shirt.) blurting out “yeah” here and there while Miguel guy is singing pretty well.

Okay LL, ENOUGH with the social media crap – SHUT UP about who’s trending on Twitter and the fucking hashtags on everything! ENOUGH ALREADY!

SONG OF THE YEAR – We Are Young by Fun. There’s that old dude again. That band looks like A&F rejects. Oh, and they cut to Jay-Z holding a snifter of brandy. Sheesh!

Here’s Ellen DeGeneres and Beyonce to introduce Justin Timberlake (his new hit “Suit And Tie”)   Oooooooooooooooh, the screen went to a nice sepia tone, and the set comes out (it looks like a big band scene from the 20’s) Hot! And now here’s Jay-Z rhyming during the bridge, then it slows down, strings come up, and he launches into another song as full color comes back to the screen. I’m sorry, but this man is FANTASTIC! This mofo has a full orchestra with strings, horns, and four back up singers! 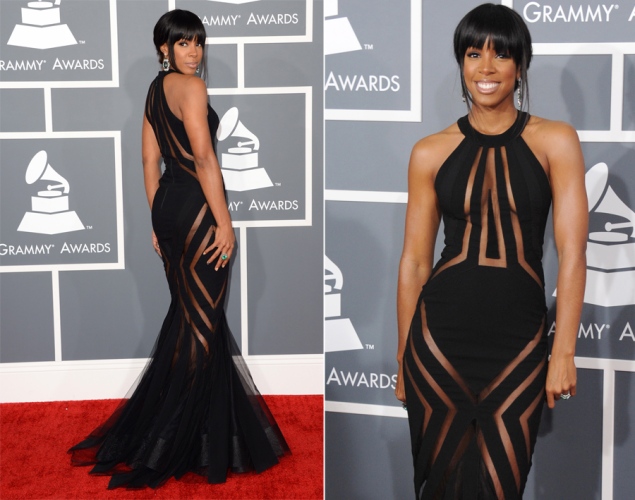 With Nas – and they’re announcing the award for BEST URBAN CONTEMPORARY ALBUM (a NEW category. REALLY? Way to go Grammys)  Frank Ocean wins! And Chris Brown’s face was CRACKED…AND ON THE GROUND…Bloop! 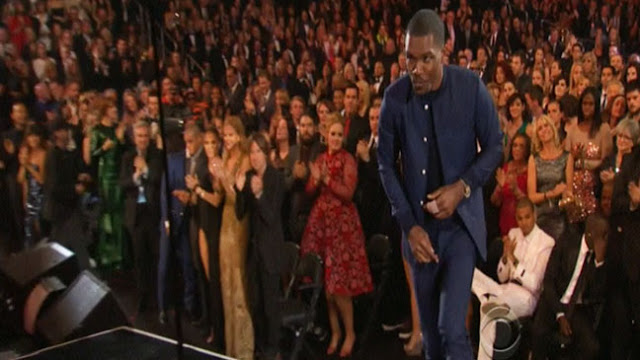 BEST ROCK PERFORMANCE – THE BLACK KEYS! (Mazel to the Alabama Shakes for being nominated!)

Okay, here’s Maroon 5 and Alicia Keys. I don’t know what Adam Levine is singing, but I’ll bet you $100 that she’s gonna sing “That Girl Is On Fire.” Oh, whaddaya know…I was right! Oh, and Alicia IS BREAKING THE DRESS CODE! I can see too much of the bottom of her boobs in that dress!


BEST POP VOCAL ALBUM – STRONGER by Kelly Clarkson!   WHAT THE FUCK IS SHE WEARING? That dress is horrible! And I think she’s drunk.

It’s 9:35 and LL is back wonking on and on about those cottdamned hashtags again. SHUT UP!    Ugh, here’s Rihanna in a really bad looking and ill fitting wig – yipes! She’s really gotta stay away from center parts. 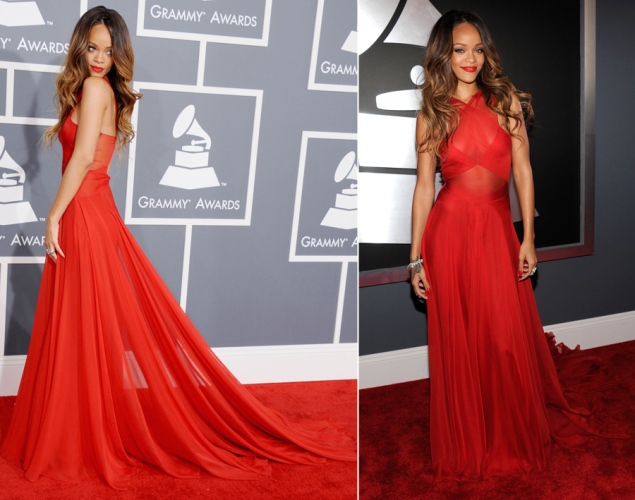 BEST RAP SONG COLLABORATION – “No Church In The Wild” – JAY Z & KANYE WEST featuring FRANK OCEAN and THE DREAM  OH, THE BLACK KEYS! With The Preservation Hall Jazz Band and Dr. John! Sounded GREAT, but I’m not sure why Dr. John was there…

Okay, here’s the Bob Marley tribute – starting with Bruno Mars singing his current hit that sounds like an old Police song, and look, there’s STING! Singing along to a song that sounds like one of his songs! And now they go into “Walking On The Moon?”

THIS IS A BOB MARLEY TRIBUTE.

Oh shit, Rhianna and Ziggy Marley…oh there’s Damian Marley, out for the last 5 seconds of the tribute – this is Ridiculous!   Oh hey, another Jugband, the Lumineers! They’re singing an intro before bringing out Jack White. I dig that guy, this all girl band is pretty groovy…with a Black chick singing! Wait a minute, the stage turns and his all GUY band appears and he launches into another song! And his Nudie suit is AWESOME! HE CRUSHED IT!

BEST NEW ARTIST – Fun. I hope those guys don’t suffer the “best new artist curse.” Remember when Esperanza Spalding won that award? Do you even remember who she is?

And now, Carrie Underwood. ZZZZZZZZzzzzzzzzzzzzzz…why is she standing like she’s strapped to a pole? She’s not moving! Ohhhhhhhh, there are lights inside of her dress. Kinda cool. She’s singin’ her ass off though.

RECORD OF THE YEAR – HEY, IT’S PRINCE here to give the award to…Gotye & Kimbra “Somebody I Used To Know” – Prince said that he likes that song.

I’m sure Levon would have been happy with that.

It’s now 11:08 and this show IS STILL ON. They really need to start this show at 7 instead of 8. I don’t give a SHIT about how early they have to start in L.A. dammit!    Okay, now here’s some Hispanic dude singing Elton John’s “Your Song” and he sounds terrible. This is like an SNL skit, WTF! ARE WE BEING PUNKED RIGHT NOW? WHERE IS ELTON?

I haven’t listened to ANY of his music, mostly because people won’t shut up about him. And from this performance, I’m not sure if I will listen to that album. Is the song called “Forrest Gump?” Really? THAT STUNK.

ALBUM OF THE YEAR – THE MUMFORD JUG BAND! Sheesh.  holy CRAP it’s 11:23 and THIS SHOW IS STILL ON.

Okay, here’s LL, Chuck D, Travis Barker (the new go to drummer for Negros), some DJ, and Tom Morello doing some kind of Hippity-Hop mashup. Damn, why didn’t they do this shit during the Jugband slot? This was kinda bangin’

Okay, the show is FINALLY over! 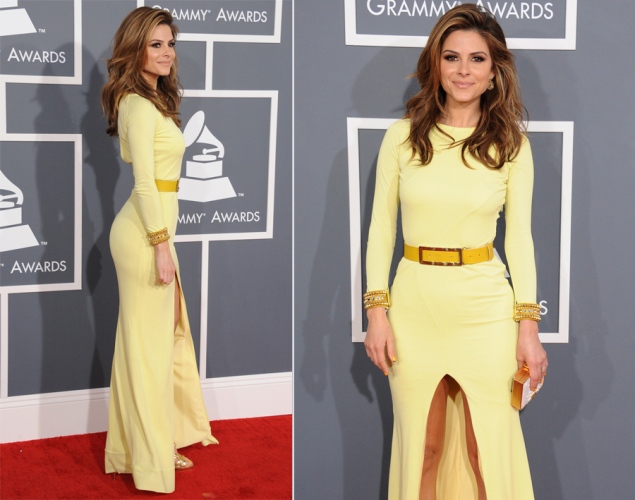 But we DID have a winner for the “Best dress designed by Godzilla – Florence Welch! 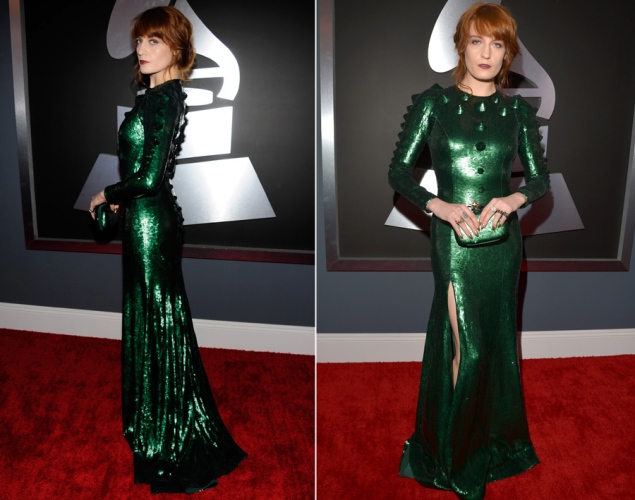 And only one tragedy. Oh how I LOVE you Adele, but this did NOT look good on you at all… despite the waistline. 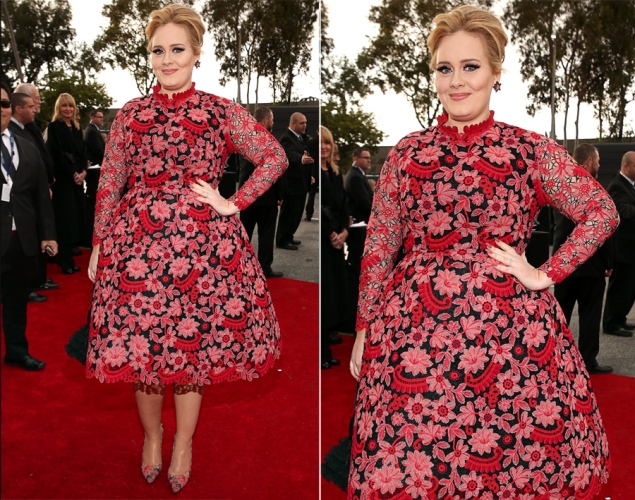 Well, that’s all I got. See you at The Oscars in a few weeks!