Word that director Sam Mendes has opted out of Bond 24 is mixed news.

The chances of recreating the chemistry and magic of Skyfall have notably diminished, but so too have the pressures of audience expectations.

Bond 23 set the bar so high that, for a while, we were all wondering how Bond 24 could possibly equal it, let alone top it. Now, perhaps, we don’t expect so much that it will.

Last we heard, Bond 24 was penciled in for a 2014 release, with Daniel Craig on board for this movie plus at least one more after that. Now, amid speculation on who could suitably take over the director’s seat, EON has just announced the target release date of Bond 24 has been postponed—James Bond will return “within the next three years.”

This means Bond 24 could be delivered as late as 2016, right around the time optimistic fanboys were hoping the subsequent Bond 25 might arrive. In their heyday, Bond movies used to come out once every 18-24 months, so a four-year time gap seems an inordinately long time to make a movie when no pending lawsuits or studio bankruptcies are holding up production.

However, four years seems about the right time frame necessary for the filmmakers to draw up the grand designs of shooting multiple movies simultaneously. This is only wishful speculation, of course, based mostly on reports that screenwriter John Logan is currently writing two supposedly unrelated scripts for Bond 24 and Bond 25 concurrently. Whether or not they are truly connected by a multi-film plot arc, it would make a lot of financial sense for EON to knock out multiple movies during one long mega-production.

Waiting a few more years to accomplish this means Craig will inevitably look older, but the upside is he’d remain the same age throughout multiple movies, and the gap or gaps between those movies would be considerably shorter.

How many more 007 outings does Craig have left in him until, like Sir Roger Moore long before his retirement, he begins to look too ridiculously old for the part? 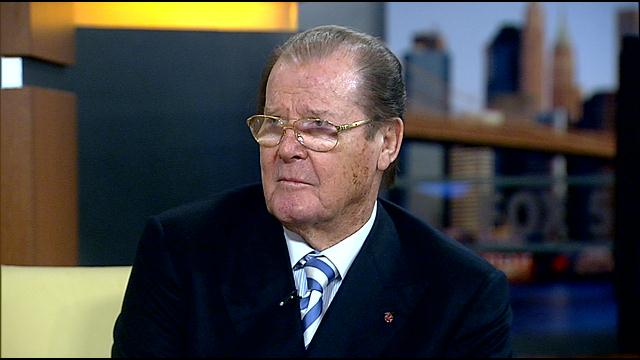 Could the Bond machine be gearing up to make several movies at once?

I’ve taken this possibility into consideration when I suggest the following directors as potential successors to Sam Mendes, because they may not merely be taking over the reins of 007, they may be committing to making multiple Bond movies at a single go.

These filmmakers seem up to the task:

After his Dark Knight trilogy, he’s no stranger to big action, intimate psychological drama, espionage, gadgets, globe-trotting and kick-ass heroics. His movies look and sound terrific, and the man knows a thing or two about consistency of tone and vision throughout a multi-film cycle.

Plus, he prefers real stunts versus CGI trickery, and his frequently deployed non-linear editorial techniques would be put to interesting use in a 007 movie. He’d probably bring in his frequent editor, cameraman and composer along with him, but I’d be just fine with that on all three counts.

Relevant resumé: The Dark Knight, Inception, Following, Memento, The Prestige—all of them riveting and haunting.

The scuttlebutt is he’s waiting to see if Tom Cruise will commit to star in a planned series of Man from U.N.C.L.E. movies for another studio.

If that potential deal fizzles, Ritchie could be available and would be a good and timely fit for Bond.

I’d much rather see Ritchie make a third Sherlock Holmes movie with Robert Downey, Jr. and Jude Law, but given the time gap before Bond 24, and the speed with which the second Holmes movie arrived, maybe Ritchie could do both.

EON’s proven go-to guy is the only director since John Glen in the 1980s to return for a repeat assignment, and the only director in the series saddled with the responsibility of introducing a new actor as 007 twice.

Most of the recent Bond movies have been one-offs for their directors, so having Campbell return for a third 007 would most resoundingly harken back to those glory days when directors like Terence Young, Guy Hamilton and Lewis Gilbert would stick around to put their indelible stamp on the Bond series over the course of several films.

Relevant resumé: GoldenEye and Casino Royale, so we won’t begrudge him too hard for Green Lantern.

His films are gorgeous and rooted in their own realities, he’s capable of choreographing complex epic-scale action as well as directing intimate drama, and he has a light enough touch to suit the more whimsical side of 007 (if we ever truly get back to that).

However, the man never seems to have fewer than three projects on his radar at a time, and we all know a new Blade Runner and a follow-up to Prometheus are in the works, so who knows when he would even have the time for 007.

Considering the delayed start of Bond 24, it is conceivable that EON could be waiting for his schedule to clear. He’s typically very involved in the pre-production process and he has ample experience diving into a pre-existing cinematic universe (Hannibal), even if it’s one he himself helped to create in the first place (Prometheus).

Would Sir Ridley Scott even be interested in Bond is the better question.

One of the most versatile and unpredictable filmmakers around; he’s practically British royalty and is frequently mentioned as a potential Bond director.

He could do something quick and dirty like Trainspotting or 28 Days Later or orchestrate something big and glossy like Sunshine or The Beach.

Or maybe it’d be something combining quick and dirty and big and glossy like Slumdog Millionaire or the 2012 London Olympics.

He’s taken himself out of the running for Bond 24 because of other commitments, but it’s possible the producers have down-shifted pre-production so they can wait for his schedule to open up…say, in 2015.

I know, I know, he just ruled himself out—he’s pooped, he feels like he already brought everything to the table for his go at Skyfall and he wants to focus on theater projects involving Willy Wonka and King Lear.

But hang on: Mendes reportedly had some story input on Bond 24 while screenwriter John Logan was conceiving his first draft, and since we’re speculating on the prospect of EON waiting for a director like Ridley Scott or Danny Boyle to become available, it’s not unthinkable to suggest EON would wait for Mendes to finish his stage commitments and give him time to rest up afterwards before embarking on another tour of duty for 007.

Perhaps they will make him an offer too good to refuse.

Whatever the long-term scenario or the prospects of a multi-film arc, the makers of Bond 24 will do well to remember that whenever a Bond actor has endured long enough to have a fourth go—Sean Connery had Thunderball, Roger Moore made Moonraker and Pierce Brosnan did Die Another Day—their respective fourth films have all suffered to some degree from production overblow.

Whoever takes over the reins, let’s hope Craig and the producers manage to avoid the bigger-is-better claptraps so prevalent in those fatty fourth films.