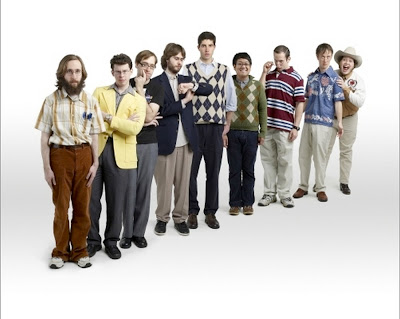 When you think of a geek, you probably don’t see a Victorian circus-performer biting the heads off live chickens (eat your heart out, Ozzy Osbourne) but it’s where the word comes from. 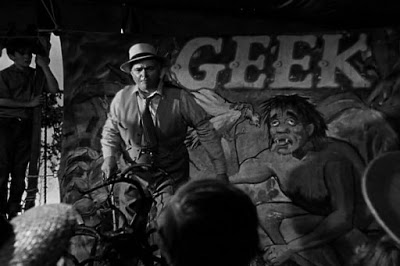 Chances are that you’ll imagine a teenage boy with glasses staying after school for Chess Club, but in the last ten or fifteen years the word has increasingly been self-assigned by those who wish to look like intellectuals. The irony is that the very act of trying to look intelligent by sporting a “GEEK” tshirt and fake glasses is significantly more likely to make you look stupid, but even before this trend there have been pretenders to the title. We’ve all met them; that guy who learns random pieces of trivia from Wikipedia and picks up buzz phrases from the news, but buckles under follow-up questions.

From the etymology of the word geek, it can perhaps most accurately be defined as someone who is an expert and fan of a certain subject; so while you might think of maths and sci-fi geeks, the term can equally be applied to someone who is an expert on football or fashion. The usage of the word tends to be based on whether the subject of interest is considered intellectual, anti-social or of high culture, so a chess geek is just that while a football geek is more likely to be referred to as a “fan”. The word also has strong connotations for many with maths, science and technology and there is a certain amount of respect which comes with the label toward those who are experts on the technical.

The problem with trying to be smart is that it isn’t just something to play at to impress others – it’s a full-time job that you work on by listening, reading and learning, and requires humility. True intelligence lies in being able to admit that you don’t know something and a willingness to learn from an expert; you may know a lot of casino tricks and even practice them online regularly at Intertops’ International Casino but everyone knows the floor is usually the biggest winner, keep your friends close and your enemies closer! No one who is smart got that way by ignoring what others say; as the scientific community has continually shown us, when you are faced with empirical evidence which contradicts your own theories, you must submit to being wrong.

So, how not to look smart: don’t pretend you know something you don’t, don’t refuse to accept facts which fail to match up with your own, and for the love of god, don’t wear fake glasses. You might be able to pull this off for a while around strangers, but when someone asks to tries them on you’re going to be in for a world of embarrassment.