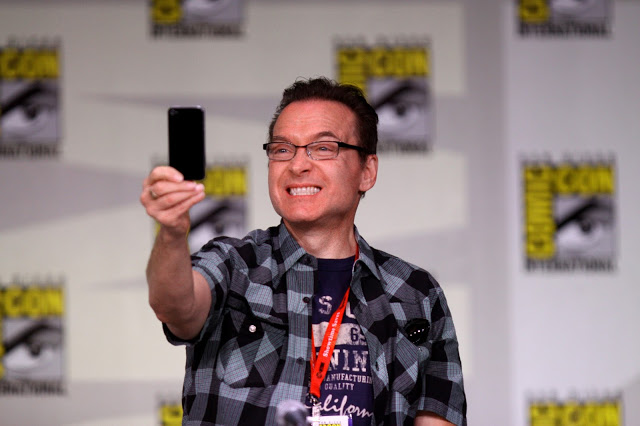 You may not know the name of voice actor Billy West, but you sure as hell know the characters that he has brought to life: Ren Höek and Stimpson J. Cat (Ren and Stimpy), Doug Funnie (Doug), Phillip J. Fry, Professor Farnsworth and Dr. Zoidberg (Futurama), not to mention Red (M&M), the Cheerios Honey Bee plus hundreds more.

The man has seriously got some talent and pipes.

FOG! chatted with West on the eve of the last season for Futurama (AGAIN) to talk about the show, what it’s like to be a voice actor in Hollywood and his music career (Yes, Billy West is an accomplished musician).

So, check out the interview after the break, it’s all kinds of awesome (you know, if you’re into that kind of thing). 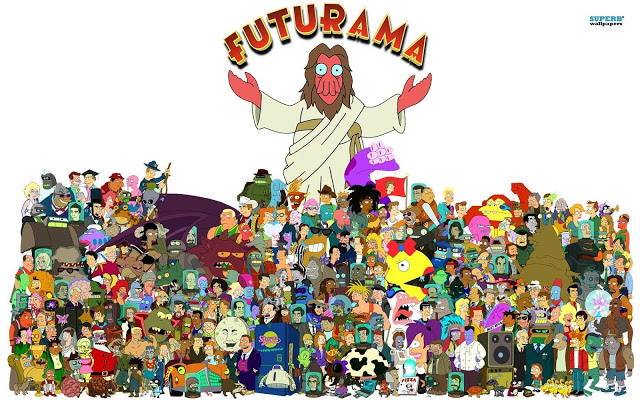 FOG!: First off, let’s talk about Futurama. This is the final season ONCE AGAIN for you guys. Was it surprising to you all or was the series ending something you knew was coming?

I don’t know, I never know what to expect. I don’t have a sense of entitlement so I never assume anything. I’m just glad that when I’m doing something that it’s going on. I do have separation anxiety already when I found out this is going to be the last season on Comedy Central, cause I knew where I was going every week for 11 years with a little break in-between when Fox cancelled it. But I just think it’s such a great show…it’s my favorite show and some of the best stuff I’ve ever done, in my own opinion and um, it was such a joyous thing to go to work, to go to table reads and events.

I still go to conventions and there’s so many people that love all this stuff and sometimes I don’t know what to make of it, but it’s really gratifying.

FOG!: With television being re-vamped thanks to the web and streaming services, shows don’t ever really die anymore. Is there a chance that Futurama will return on one of these mediums?

BW: It’s possible. I always thought the show was too good to not be on television. And someone somewhere must be vying for it because it’s a totally delightful show and highly marketable…It’s bank. The DVD’s and movies sell like crazy. I think there are prospects out there, but I’m not going to pin my hopes on whether it may or may not happen. I just keep on doing stuff and remain working…thank goodness…and I love the idea that we (Futurama) have inspired other people. And that’s kind of what I always felt like. 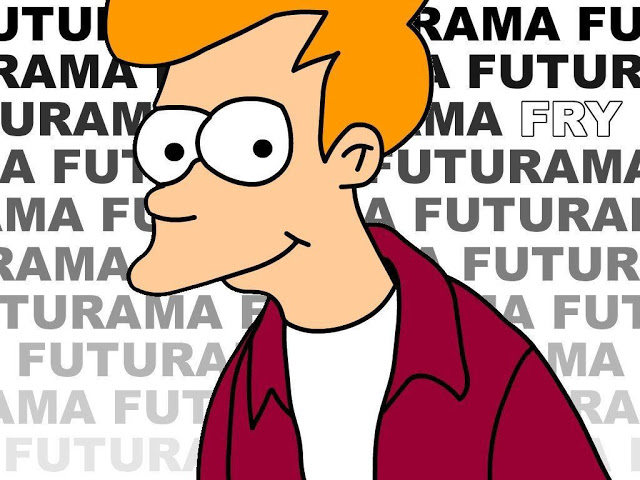 FOG!: You have an incredible career as a voice actor. How has the industry changed in your profession thanks to the increase of video games and animated shows? Are you seeing a lot more opportunities?

Because these are the things that supposedly need voice actors and they would hire one of us to do five voices in a video game. But now, because of the celebrity thing, and this was something that none of them ever wanted anything to do with before; I mean doing a carton was like low-brow, like, I don’t know, cheesy. And then one day, they started getting paid for it, for coming down for a day or two and doing who and exactly what they are as a voice in the cartoon and I thought that it was mucky. Because they (show creators and producers) pay all this money on characters and visuals and concepts and techniques and these (celebrity) voices would flat-line in my opinion.
And now, whenever the field opens up, it’s just another place for celebrities to crash the party. And I understand why, when something new comes out, they want a name attached to it.

FOG:! Well, that’s like when it was announced that Keifer Sutherland was replacing David Hayter as the voice of Solid Snake (Metal Gear Solid) after fifteen years of Hayter portraying the character. It’s sad when someone, who has really given that character a life, gets bumped for what is thought as a “Money Name”.

BW: I know. When celebrities start displacing artisans and craftspeople and people who are lifers, who actually can make a living doing voice-over because their range is so vast…(sigh) none of the celebrities are held to the same standards that we (voice actors) are, if they had to make a career out of doing voices and their name meant nothing, they’d be out of work real fast because none of them are that versatile. I don’t care what anybody says; I’ve seen people that I’ve worked with do circles around a lot of these people even as actors.

FOG!: Well, you have to be in order to give life to a character, especially one that is animated, and if you don’t know how to do it, that character can be flat and uninteresting.

BW: And that’s why people like Tom Kenny has such a huge following…he’s just so damn good and Maurice LaMarche, Phil LaMarr, Dave Hermon, Johnny DiMaggio…these are multi-voiced people and for celebrities to come in and get hired for who they exactly are and sound like…that the character is even drawn to look like them…it’s just coarse, you know? It’s like none of those great people (voice actors) could make a living if they were held to the same standards. 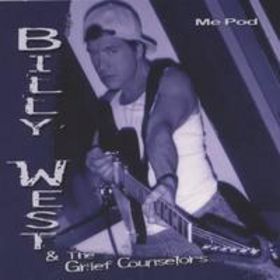 FOG!: Speaking of being versatile, a lot of people don’t know that in addition to your voice work, you’ve also managed to have a career in music playing with the likes of Blondie, Los Lobos, Pete Wolf and Brian Wilson of the Beach Boys in addition to fronting your own band Billy West and the Grief Counselors (whose album Me Pod- from 2004- is a mix of New Wave-Pop-Punk-Surf and can be downloaded HERE). Which, I have to say was pretty awesome.

FOG!: In fact, I played it for some friends without saying who it was and they are really old school, retro-punk fans and they loved it and when I told them that it was you they were really surprised that you had a background in music.

BW: I did that only because I was a player, I was a musician and singer for years and they took away my spandex license in 1978 and so I didn’t know what I was going to do and I started playing old Beach Boys and Beatles stuff…those were my heroes. Brian Wilson was a total musical idol of mine, I mean, oh God, he wrote the soundtrack to my teens, more so with him than the Beatles, and I got to meet a lot of heroes and I’ve been very, very lucky.
The music thing was all I really cared about. I had no interest in academia. I barely paid attention when I was in school…and that goes all the way back to Kindergarten, I just didn’t have a use for it and I was thinking, “How haughty am I?” It wasn’t that I was too good for it, I just couldn’t wait to grow up and do what I wanted. And everything else seemed like it was in the way.
I knew I had all this stuff in me that I wanted to do and I learned how to play trumpet when I was ten and I got my first in 1961 and had my first band in 1966, so I spent a lot of time playing music and I did that CD (Me Pod) only because I had all these idea in my head for 20, 30 years and I needed to just document them, record them, or I would forget them.

BW: Maybe I will (laughs)

FOG!: You should, they were really awesome. Each song had a real distinct sound and they were fun and you should really do another one and make it available for download at least.

BW: I’ve gotten to a place in life where I can still play a pretty good guitar solo (laughs). Thanks for that. It’s really a shot in the arm because I didn’t know what to do about it. I just did it as a fun project and didn’t care if anyone liked it or bought it.

FOG!: It’s actually better than a lot of stuff out today and I’ve really stopped trying to listen to any music that has come out since 1993.

BW: Yeah, I did that with television around 1978 or 1979. I’ve had like a 30 year moratorium on TV. My life is not about television, I mean, when I have nothing to do I’ll go play guitar or write or I’ll sit and think about new ways to approach performing vocally and try weird stuff and I’ve never needed to be entertained that much. I know a lot of guys who are like that, and women too who are self-contained entertainment units who, if they want to hear something, will pick up a guitar and sing, or, if they want to hear something funny, they’ll say it. It’s so organic in a lot of cases.
I didn’t want to get polluted by television. If you were to watch everything on TV for research you’re gonna get polluted. You know what I mean? You’ll be stealing stuff subconsciously. It becomes memes. The meme has always been around, it just wasn’t called that. A meme was like blasting some song in your car when you pull into work and you shut off the car and the song stays in your head for the rest of the day and night. Then it becomes you.

BW: I don’t look back, I never do. I was in radio and then I left, but this show (Futurama) was kind of special, you can still watch the episodes and get a kick out of them. I know I still do.
But right now I’m working of a Disney pre-school show the 7-D, it’s a new take on the 7 Dwarves and it’s pretty darn good, the scripts are really entertaining and fun and you know, I still do a lot of commercials like the M&M, I have a ball doing those.
I’m just really grateful for everything I’ve been able to do. And I really thank everyone for helping to bring Futurama back more than once and thanks for your words and encouragement on the music, you have no idea.